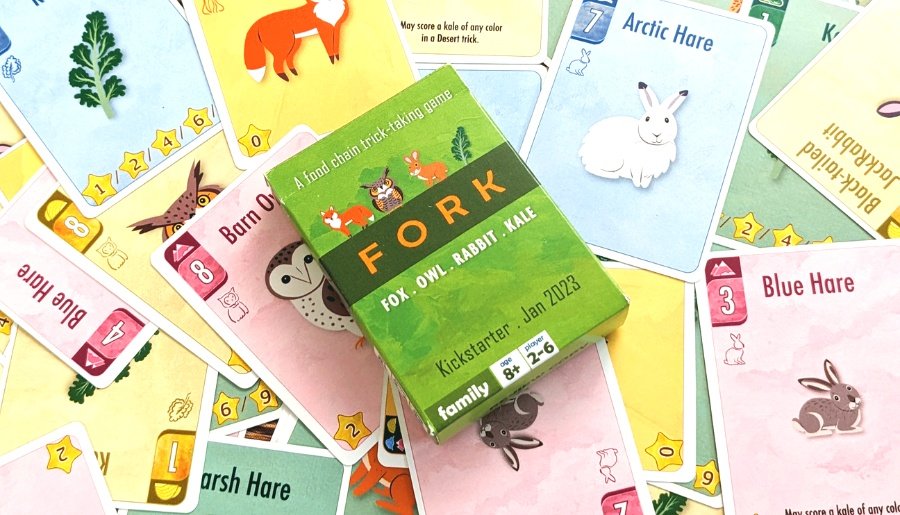 F.O.R.K. (Fox, Owl, Rabbit, Kale) is a 2 to 6-player trick-taking game. The goal of the game is to capture animals or kale in the food chain.

In the game, players take turns leading the trick. The active player calls the suit (terrain), and players must follow if they have the cards or play a fox because it is wild. When playing a card, players must play kales face up and everything else face down. After all players have played a card, reveal all cards and resolve from the highest number to the lowest. The player who played the fox can score an owl or rabbit. If the owl survives, it can score a rabbit, and so forth. There can be more than one player scoring a card per trick.

When a player has five scorecards, the game ends, and the player with the highest score wins the game. 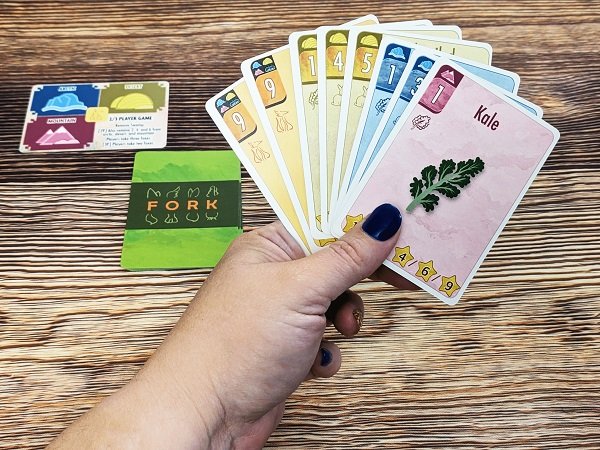