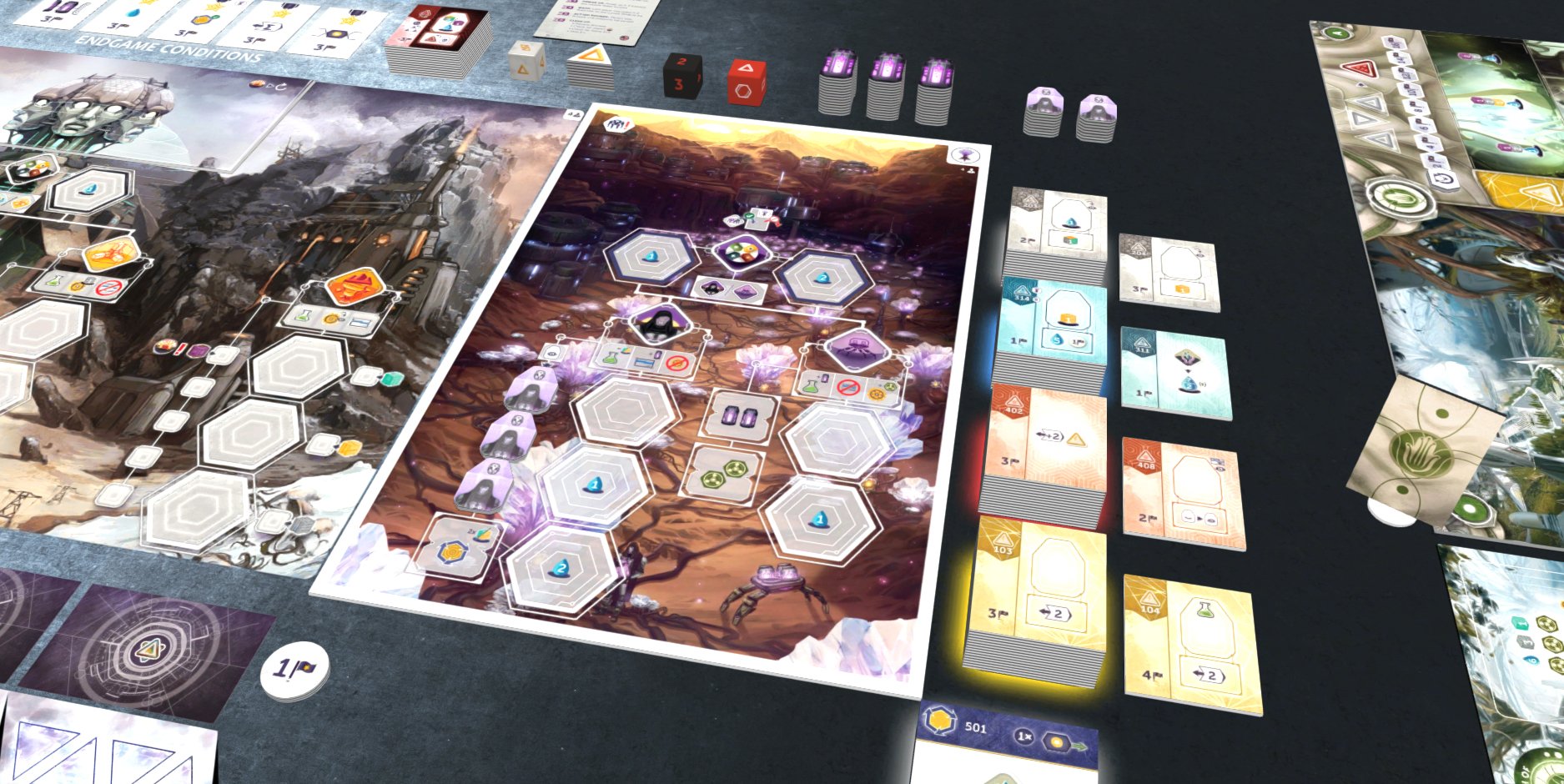 Return to the world of Anachrony and change the fate of New Earth in a new expansion! 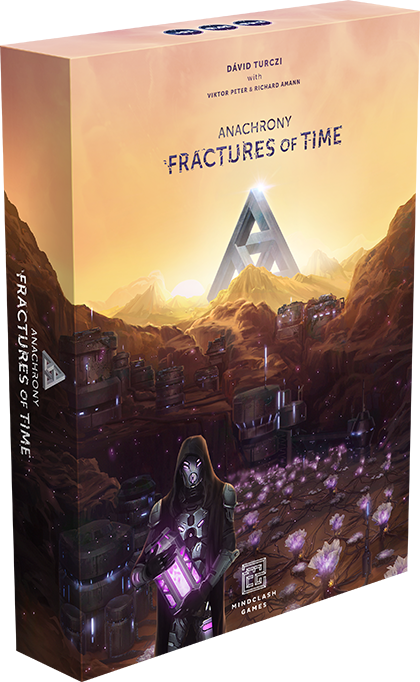 In the alternate storyline of Fractures of Time, Anachrony’s first major expansion, the four original Paths and the newly formed, sanguine Path of Unity have gained access to a powerful new technology called Flux. Flux Cores can be acquired in the Amethynia Valley, the expansion’s new main zone. By using the Flux Cores to power up their Fracture device, players may move (“Blink”) one of their already placed Exosuits to a new action space instead of placing a new one, or immediately retrieve some of their Workers or Free Action markers. This can result in never-before-seen action efficiency, but just like the Time Rifts, the Flux technology is a double-edged sword. Without a sufficiently advanced Fracture device, overusing it can cause Temporal Glitches; hectic negative effects such as shutting down the Exosuit bay slots, temporarily disabling buildings, or making players more prone to Anomalies. 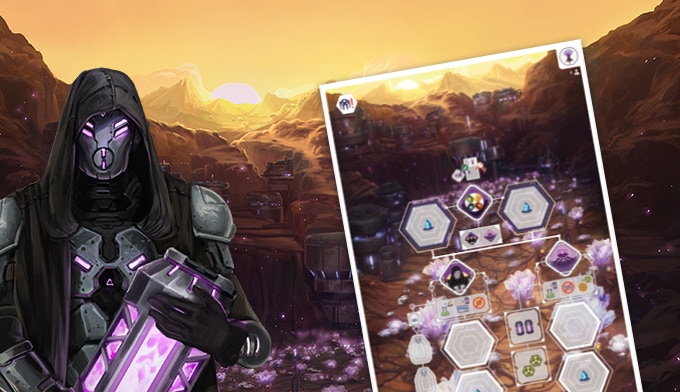 Note that you can back Anachrony: Fractures of Time Expansion and Infinity Box on Kickstarter!