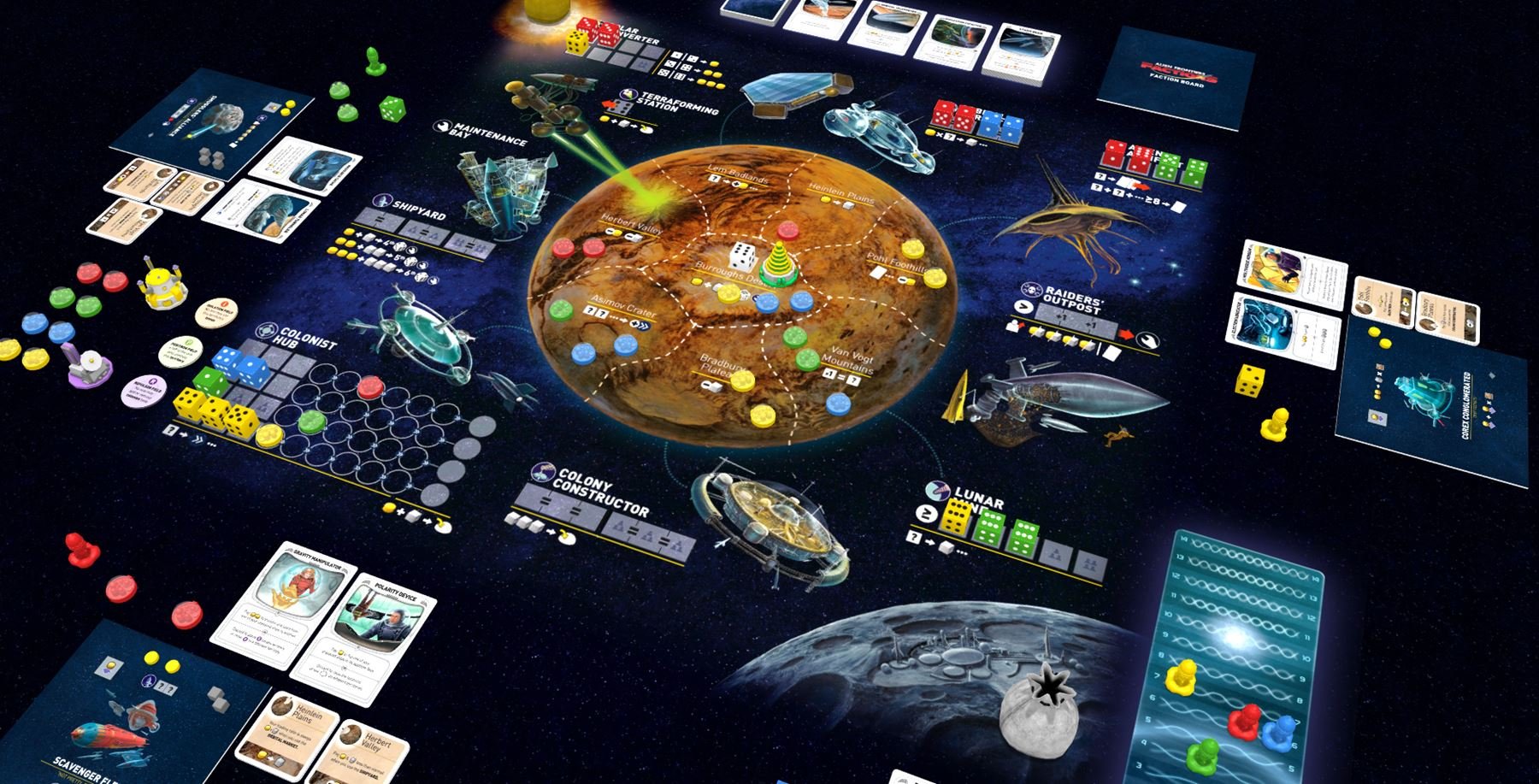 Good news, everyone! Alien Frontiers: Factions was added to our catalog, which means that you can now play one of our hits Alien Frontiers with various cool alien factions and use their unique powers!

Also, read our interview with the game's author Tory Niemann, if you haven't read it before.

"My favorite Faction is the Scavenger Fleet. Being able to get dice all the time and being able to use them immediately is a big edge. I’m also fond of the Uranian Syndicate in a four or five player game, since there is bound to be lots of conflict. " Tory Niemann, game's author