A tableau-builder about creating your own game! 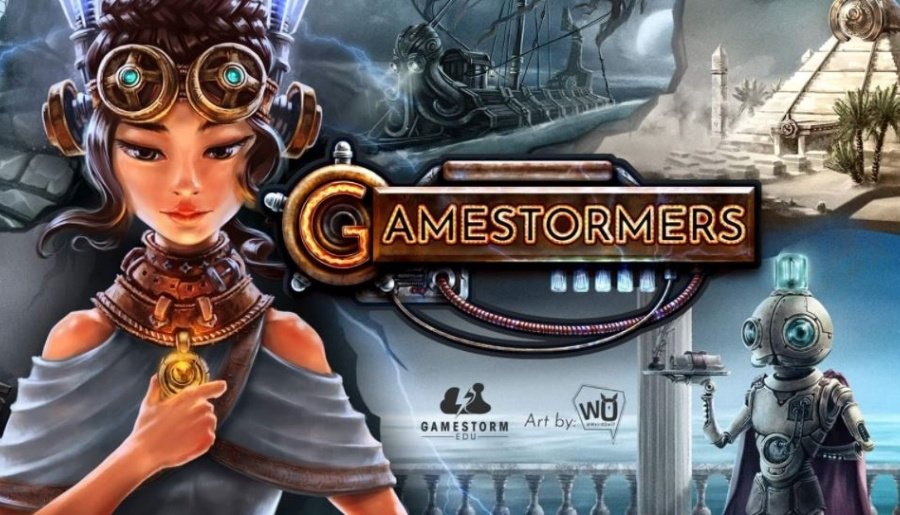 Gamestormers is a creative, tableau-building card game for 3-6 players. In the game, you are a young, up-and-coming gamestormer in the futuristic land of Fjerogard who must impress the Elder Gamestormer with a great new game idea. The object of the game is to design and pitch a great game idea to the rest of the players.

During the game, players fill out their game tableaus using a variety of actions, such as taking Item cards from the market, drafting Storyline and Mechanic cards, designing custom cards using dice with images, or entering the Arena. All of the actions allow the player to acquire new cards for the game they are designing or earn victory points.

There are two ways to win the game - either create a game that is worth the most victory points, or receive the most votes for best overall game from your fellow players. The game you create consists of a Storyline card, two Mechanic cards, and two Items cards, each of which you will use to create a cohesive game narrative. Each card in your game tableau earns you points, as well as other bonuses you can activate by reaching certain objectives. 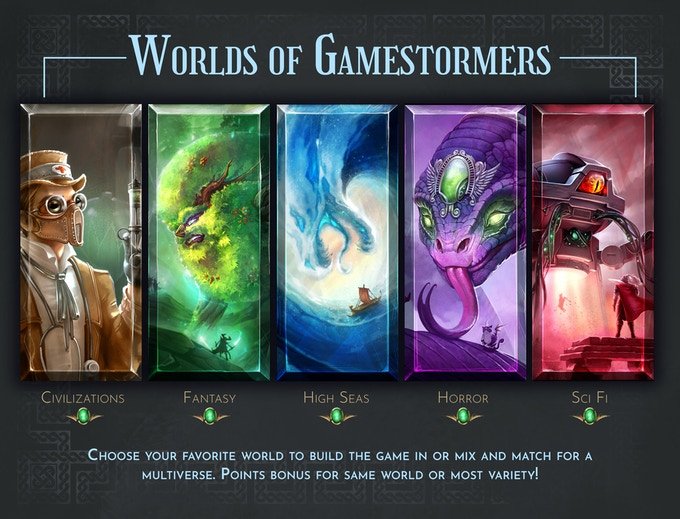