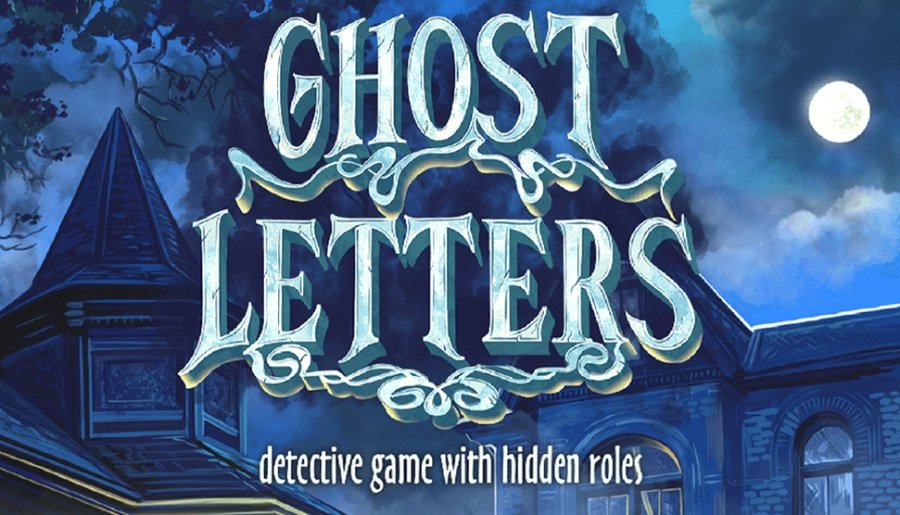 NOTE: Ghost Letters is currently only available in Russian.

In Ghost Letters, you are Detectives trying to solve a crime. You found 12 clues on the crime scene, but only 3 of these are True Clues.

One of you is the Ghost of the victim, who helps to solve the crime. Detectives choose and send Clues to the Ghost. The Ghost chooses and opens the best as the Hints.

One of you is the Murderer, who misleads investigation – in discussion and also bluffing about cards, that were sent to the Ghost and were not opened.

In 3 rounds the Detectives need to guess all the 3 True Clues OR any 2 True Clues + the Murderer. 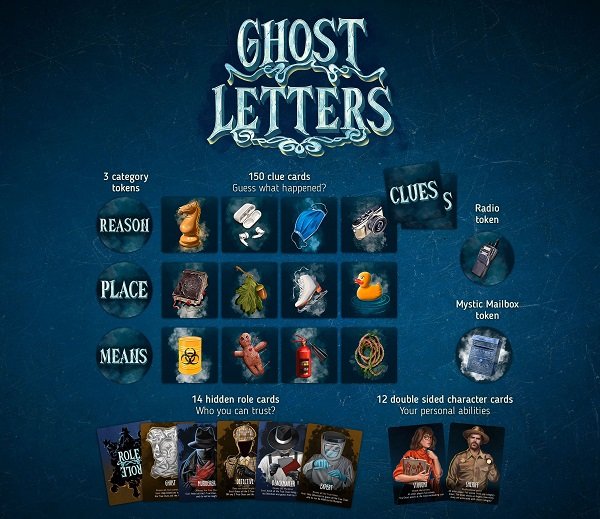 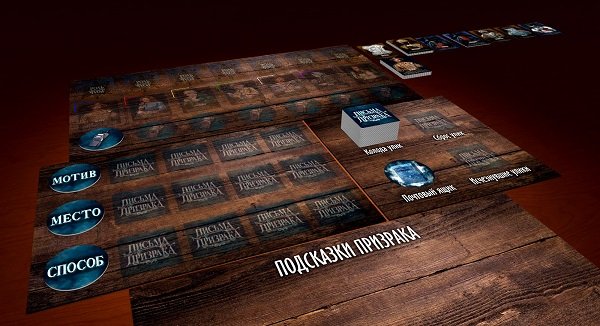