A Knizia card game of spooking your opponents! 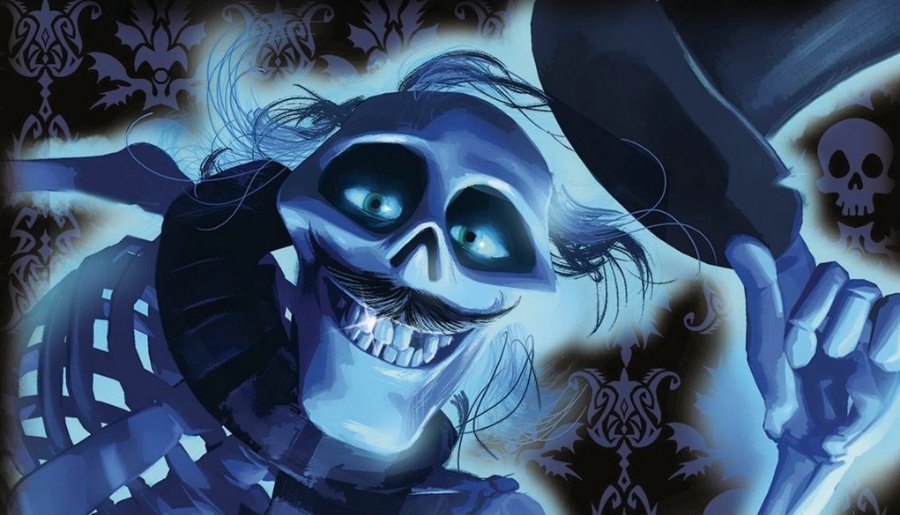 In Ghosts players have a hand of five ghost cards (with values from 1 to 3 in six suits), and on a turn you play a card, then draw a card. Keep a running a tally of the sum of cards played.

If you play a card of the same suit as the topmost played card, you keep the sum the same and reverse the order of play. You cannot bring the sum above 7, and if you cannot play or choose not to play, remove all the played cards, take a ghost marker, then play a card to start a new pile. 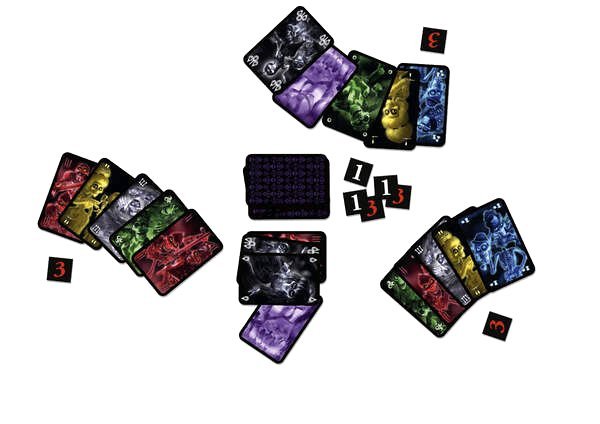 When all the cards have been played, the round ends; shuffle the cards and deal a new hand of five cards to each player. If a player collects no ghosts in either the second or third round, they discard three ghost markers from their collection.

Whoever has the fewest ghost markers at the end of three rounds wins. 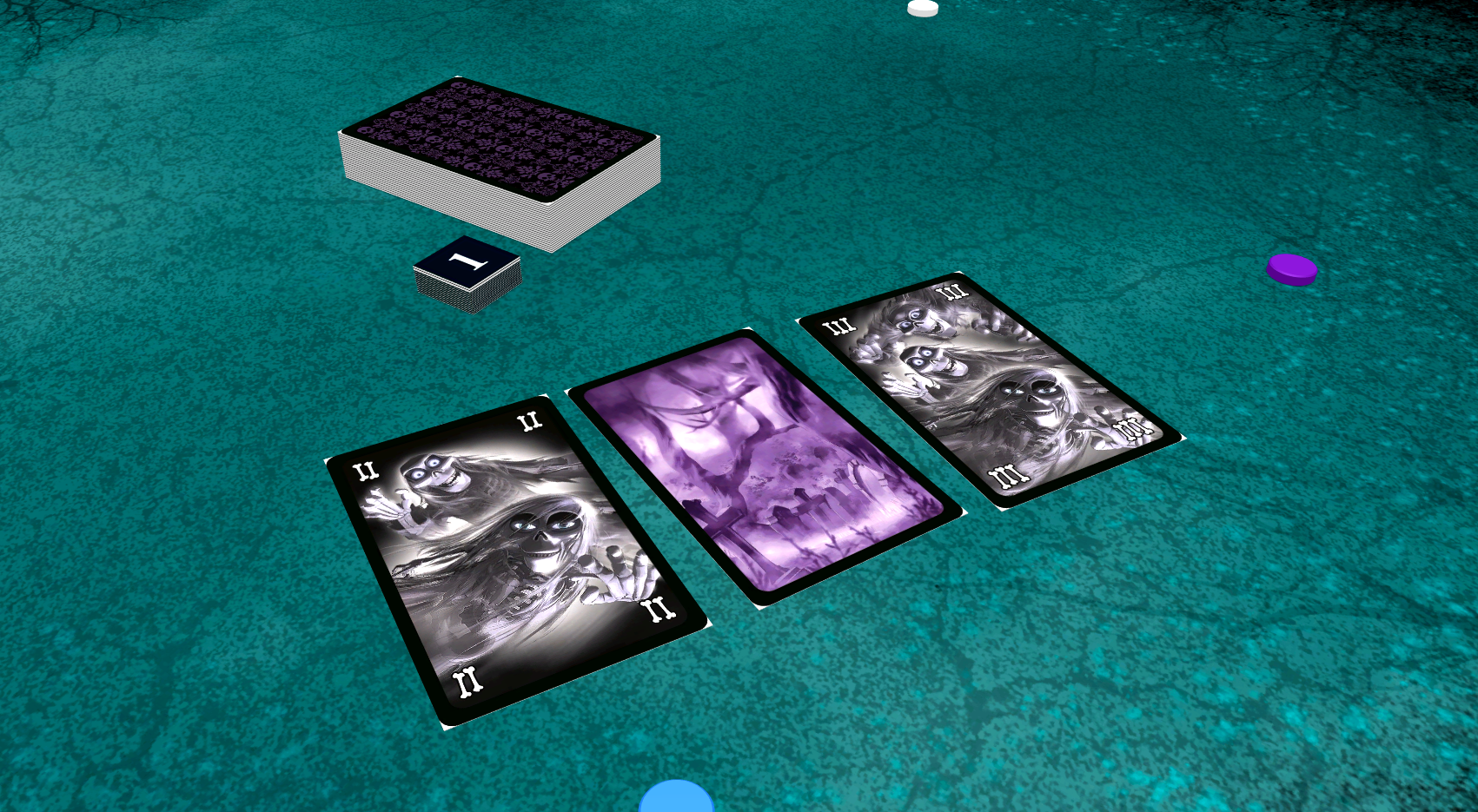