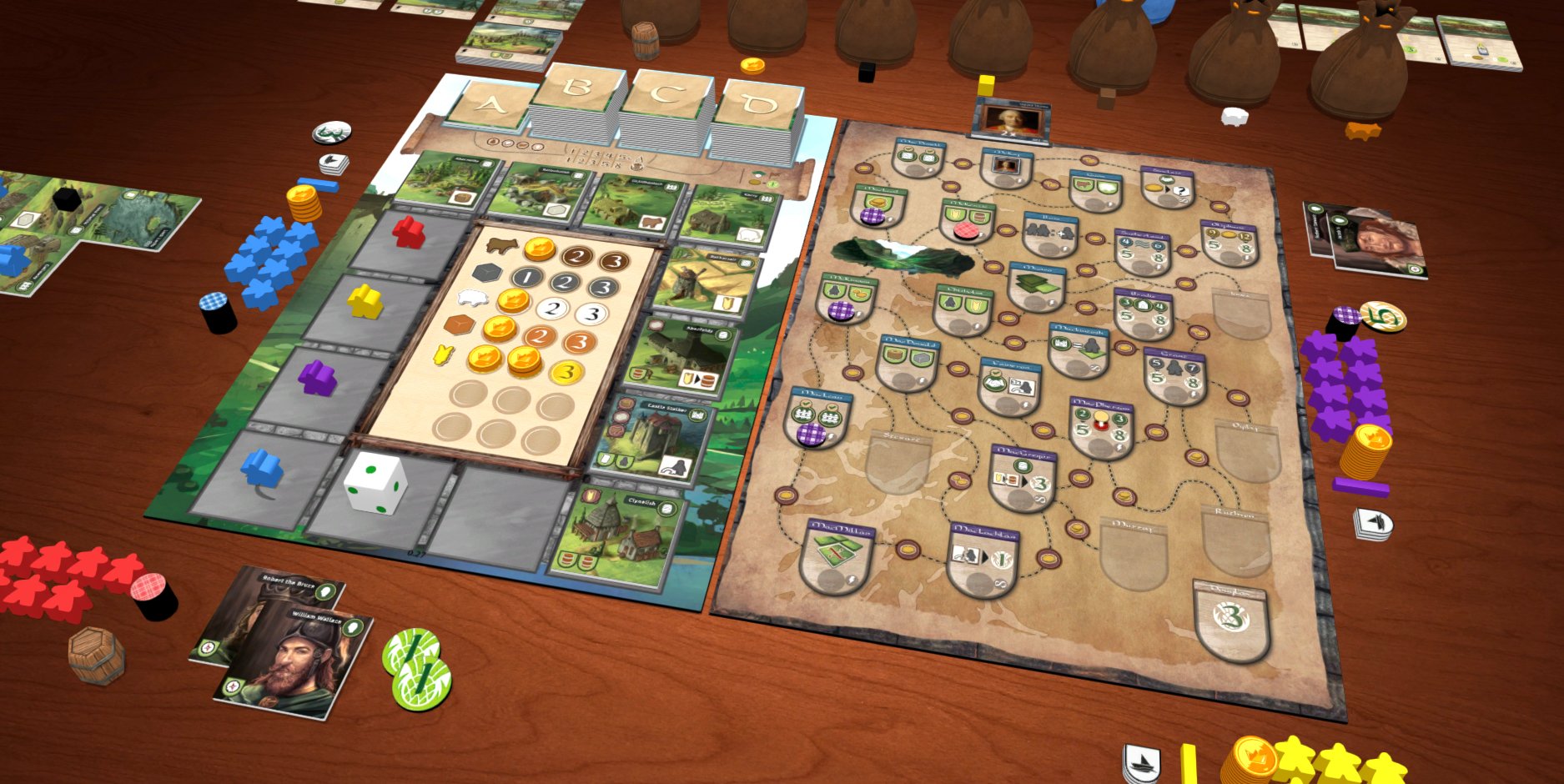 Become a Scottish clan leader in Glen More II: Chronicles from Funtails. This game is a sequel to Glen More, expanding the gameplay substantially compared to the original. 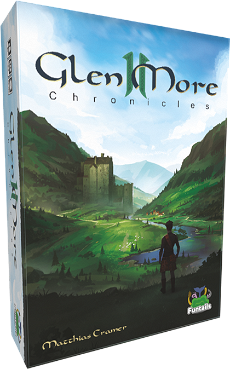 In this game, each player represents the leader of a Scottish clan from the early medieval ages until the 19th century, a leader looking to expand their territory and wealth. The success of your clan depends on your ability to make the right decision at the right time, be it by creating a new pasture for your livestock, growing barley for whisky production, selling your goods on the various markets, or gaining control of special landmarks such as lochs and castles.

The game was successfully funded on Kickstarter and you still have a chance to make a pledge!