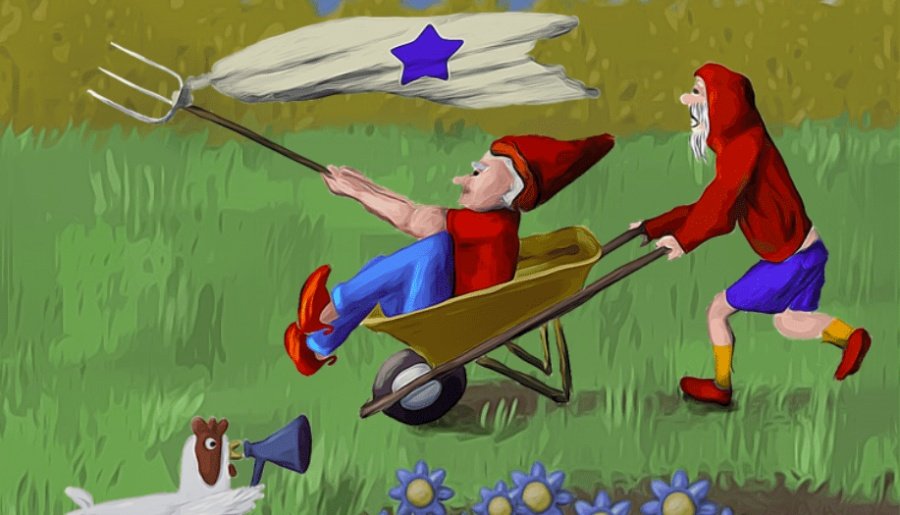 You and your opponent are head gardeners at the community garden, with teams formed of gnomes. You need to complete tasks to raise supplies for the local food bank. Unfortunately for you, your free-spirited sprites frequently switch teams and help your opponent accumulate bliss points instead of you! By maintaining a well-staffed team, complete tasks and accumulate bliss to win the game.

Each round, players place at least 1 gnome card face-down from their hand. Simultaneously reveal gnomes and determine who will resolve their cards first. Use your gnomes to fulfill requirements depicted by the current task cards. Doing so will score bliss and sometimes recruit loyal enchanted animals who will help you in future rounds. Finally, both players pass played gnomes to the opponent for use in the next round, while also keeping their own unplayed gnomes. Win by gaining 77 bliss. 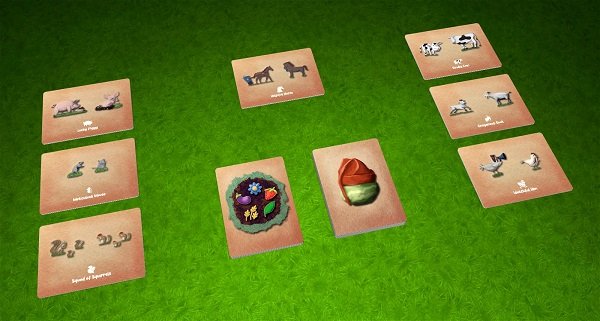