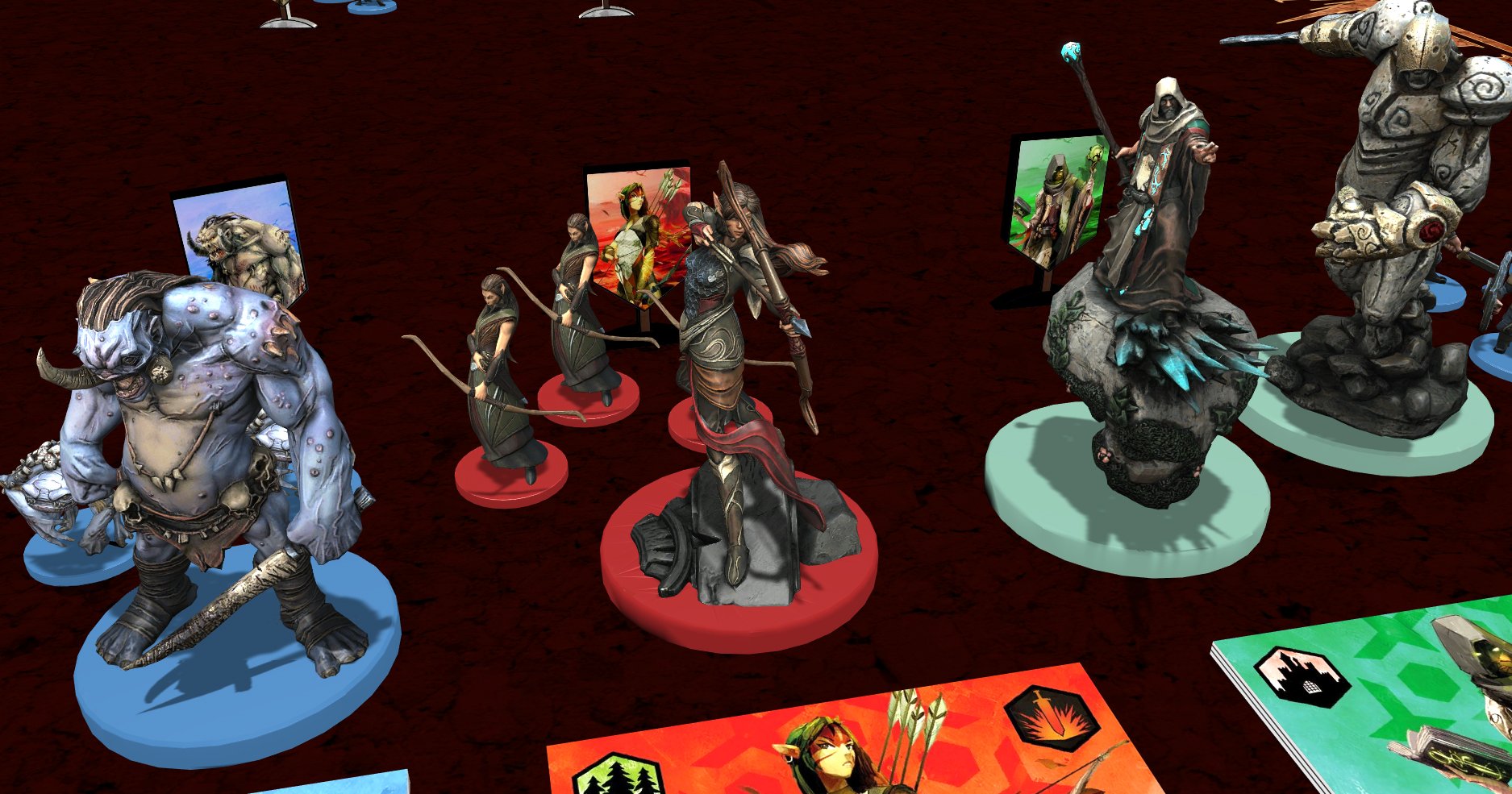 The gods weep. Having been abandoned by their mortal followers who instead choose to wage war, their power is waning. As the last of their worshippers turn their backs on their once loved gods, they die. Their tears crash into the ground causing destruction and mayhem in their wake… but they also contain power, power to outrun death itself, and perhaps even the power to ascend mortals to godhood. Now war is waged anew, one in which a new pantheon is born.

Godtear by Steamforged Games Ltd. is a tabletop skirmish and area control game for two in which larger than life champions, already infused with the powers from these tears, come together to form warbands and face off to control those that remain. These powerful titans, along with their followers clash in a brutal game of war for those that love a bit of strategic carnage.

Warbands are full of Champions and their followers, and you get to choose which fill your warband. If you like to mould the world around you perhaps the Shapers will be for you. Want to get in your enemies face and deal damage? Slayers or Maelstroms are your best bet. Playing defensive is the role of Guardians. These different abilities ensure those who prefer different aspects of combat in games get to use characters that match their playstyles.

Designers David Carl, Alex Hall, and Steve Margetson have created an interesting premise of a game which manages to capture the turning tides of battle. Actions performed when combat is likely to be the thickest can get the richest rewards, but also carry with them greater risk. Defeat in one turn may be turned into victory the next.

Some skirmish games can be very restrictive about letting certain heroes/champions be fielded with others (Underworlds, Guild Ball, Blood Rage). Not so with Godtear. Want nothing but champions that can manipulate the world? You can absolutely do that. Thanks to each champion having its own followers, games are easy to setup and involve simply picking what champions you would like in your warband, what scenario to play, and jumping into combat.

Each of the scenarios not only offer replayability, but add features that provide a shifting landscape over time, often allowing a player who was defeated in a turn a tactical advantage to use in future turns. When coupled with synergy between champions the number of decisions you can make during a game is simply staggering.

Godtear is the skirmish game that you can pick up and play no matter what your experience with the genre is. While it has significant depth within its mechanics, the gameplay is incredibly familiar to those who are used to miniature combat in other games with grids (Pathfinder, Mice and Mystics, Descent), and so becomes easy to teach. It’s fun just controlling a single champion, but really hits its stride when you create warbands.

Find out if your warband has the strength to claim the tears of long perished gods to gain immortality… and beyond.

Until the end of the month of April Steamforged Games Ltd is providing an event where you can win the ability to choose which miniatures on Tabletopia get alternative digital sculpts! All you need do is play on Tabletopia and submit a screenshot of your game for a chance to win. 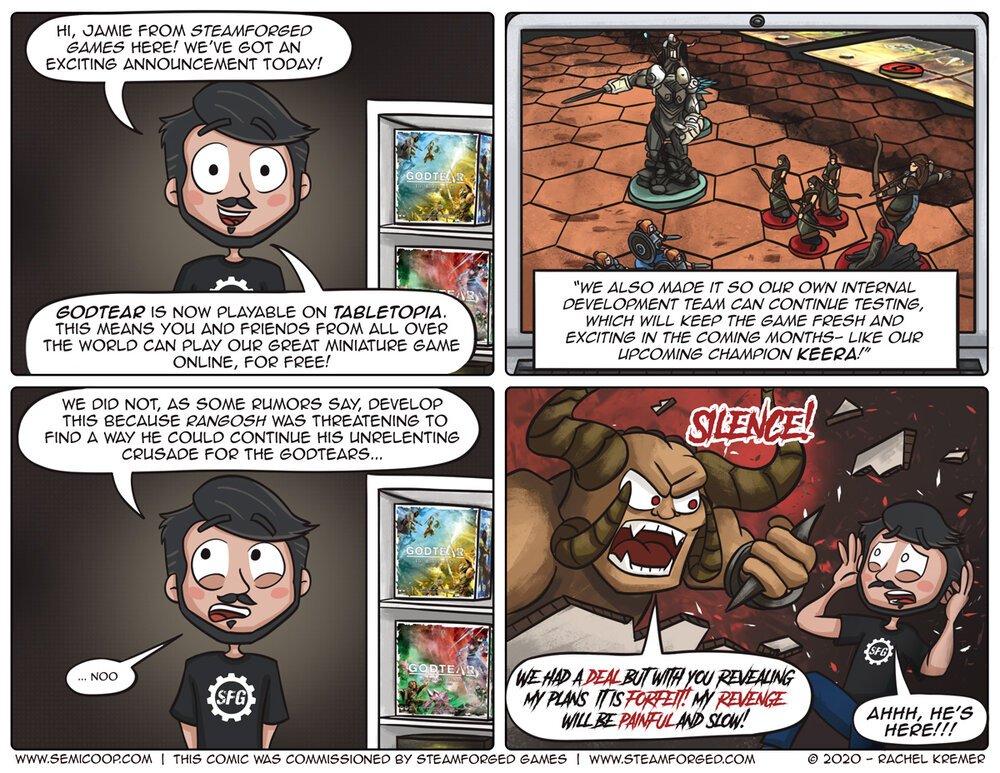