Survival only costs an arm and a leg... 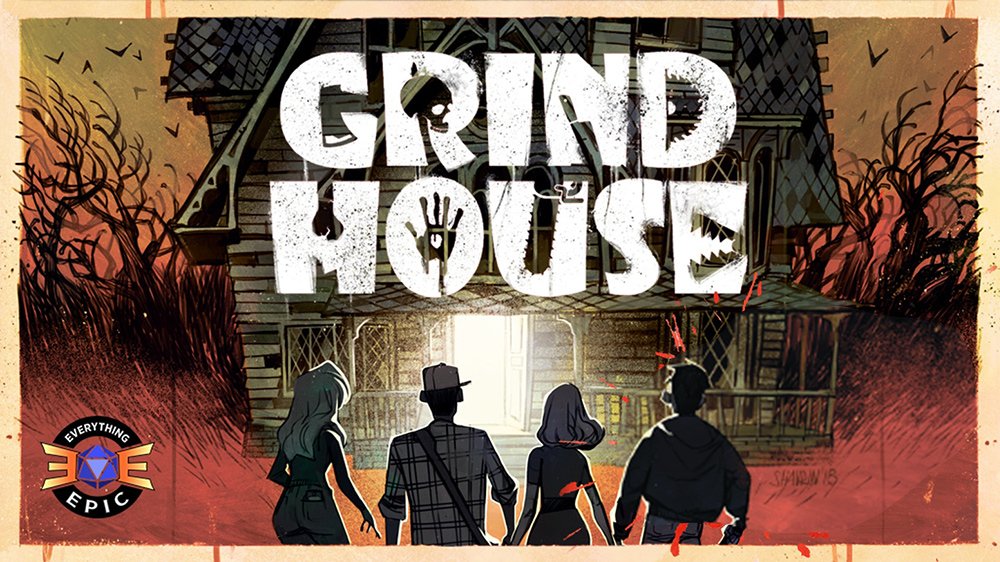 You receive an invitation to take part in a mysterious contest at the “Grind House,” an old mansion that once stood as the largest slaughterhouse in the state. The invitation is signed simply by an individual known as “The Host.” The letter promises you the opportunity to play a game to win a reward greater than you could possibly imagine. You arrive at a decaying mansion on a hill along with five other strangers. A tall, narrow man in a tuxedo opens the huge ominous doors to usher you inside. “Thank you for attending this evening...” The Host says in a deep, ominous voice. “The entertainment will be… to die for!” The Host bursts into a sinister echoing laugh. Behind you, the door slams shut and the sound of a heavy deadbolt clicks into place. You and your fellow guests are trapped at the mercy and whims of The Host. “Shall we play a little game?”

Grind House is a narrative horror game for 2-6 players where you would be considered lucky if survival only costs an arm and a leg. While survival is the ultimate goal, each player has a classic archetype with a secret motive. Some characters like the Doctor may try to keep everyone alive, while the psychopath with surely attempt to split everyone apart. Others, like the Pianist, just want to keep their hands intact.

For those unfortunate souls who do perish in the house, the game is not over. Players may return as ghosts to haunt the remaining survivors as they try to make it through the Grind House unscathed. After exploring all 5 randomized rooms in the house, any survivors left total up their score to determine the winner.