As China evolves, deal with unruly peasants and maintain your beautiful summer palace 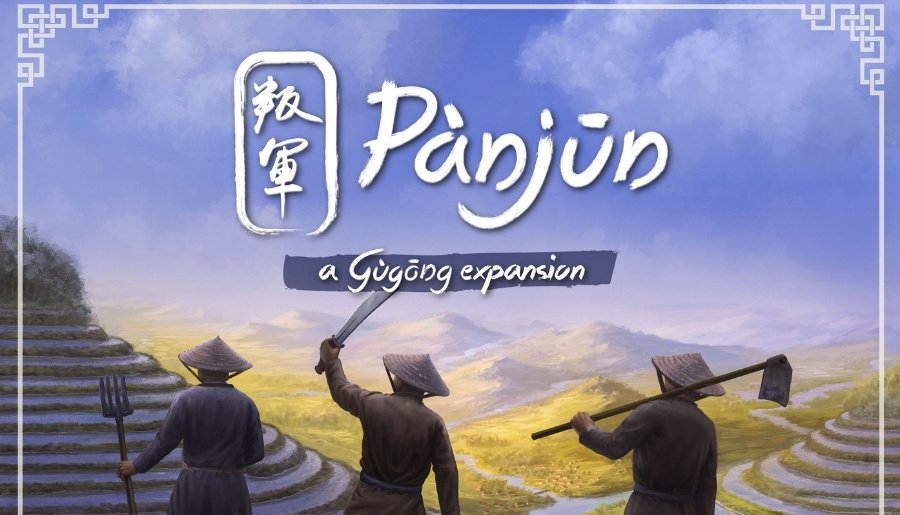 In Gùgōng, players take on the role of powerful Chinese families trying to gain influence and power by exchanging gifts with Officials. The gift cards you offer as a player have to be of a higher value than the one you receive, forcing you to make strategic choices regarding which actions you want to take each turn. You will travel around China, sail down the Grand Canal, purchase precious jade, help construct the Great Wall, secure advantages through decrees, influence the game through intrigue, and ultimately, receive an audience with the emperor. 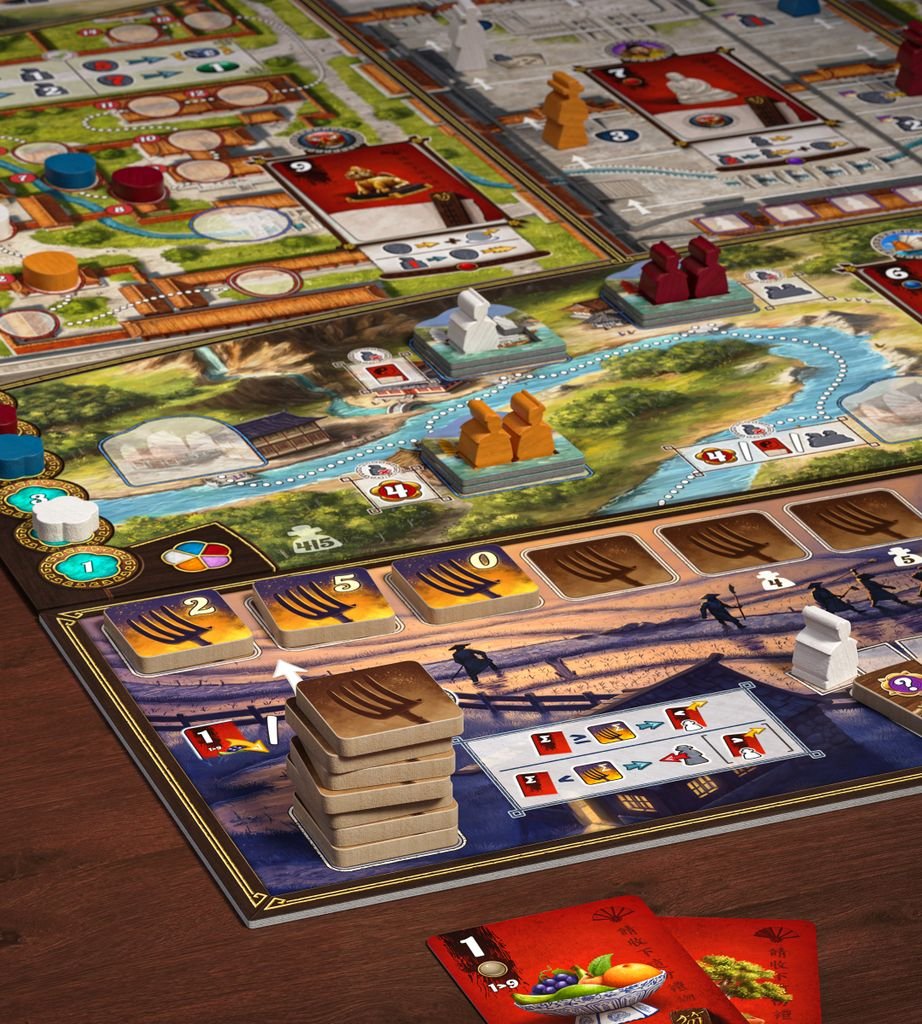 Gùgōng: Pànjūn is an expansion for the critically acclaimed Gùgōng. The 4 different modules can be combined however players wish to, guaranteeing a lot of variety and replayability. The 4 modules are: 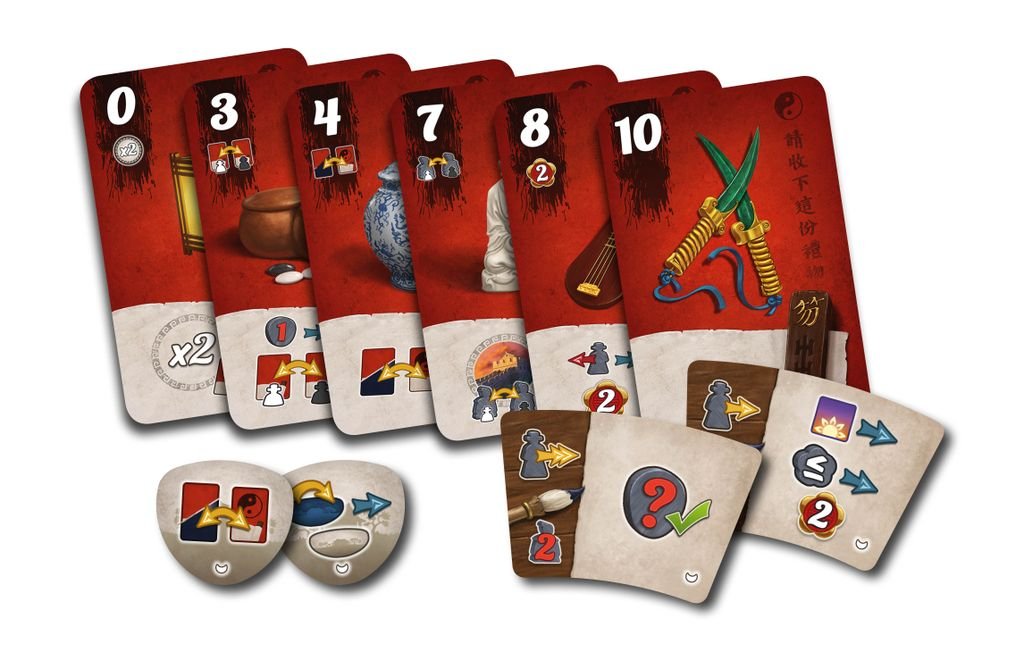 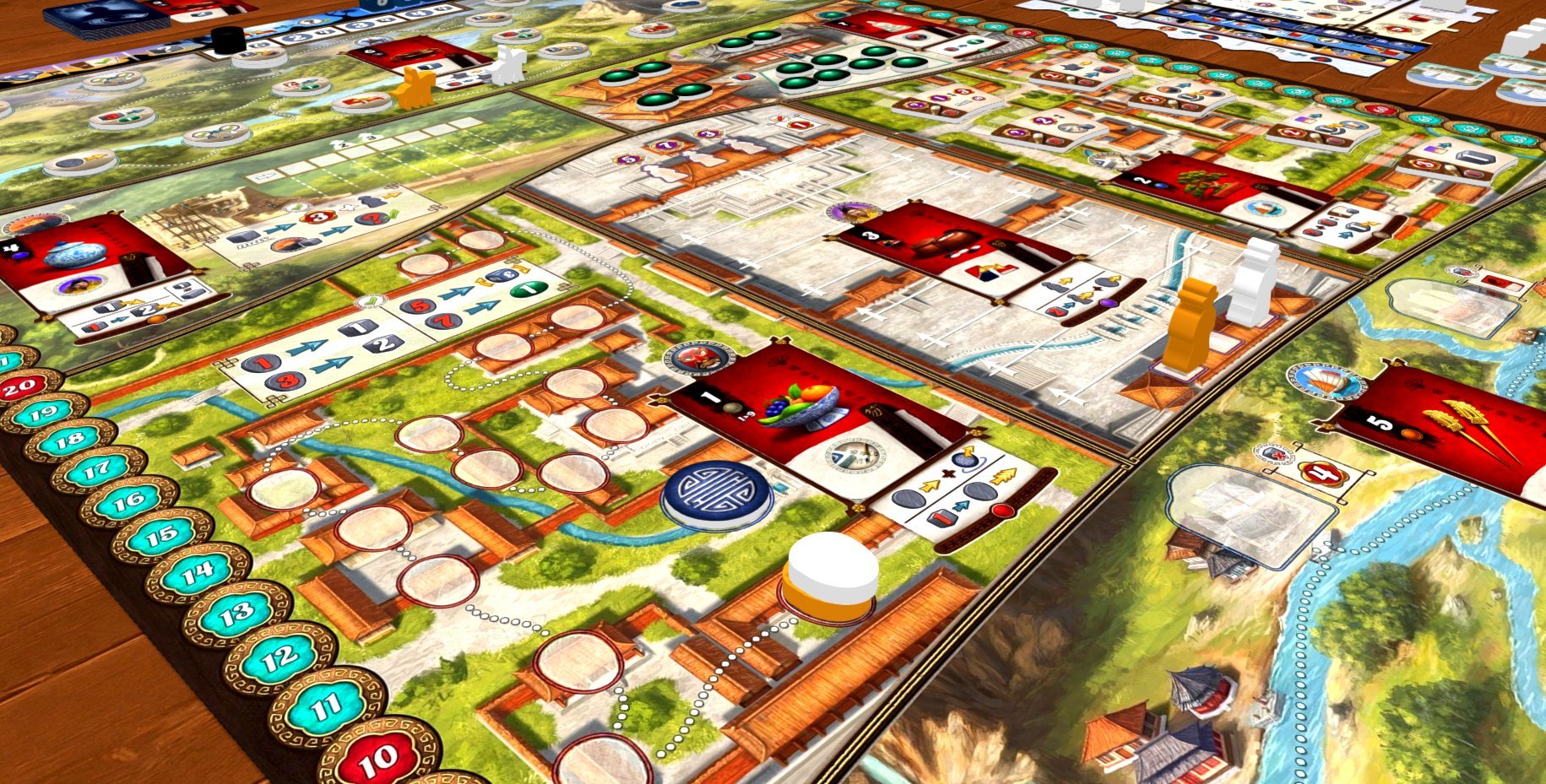 Additionally, solo mode has now been added to the base game!