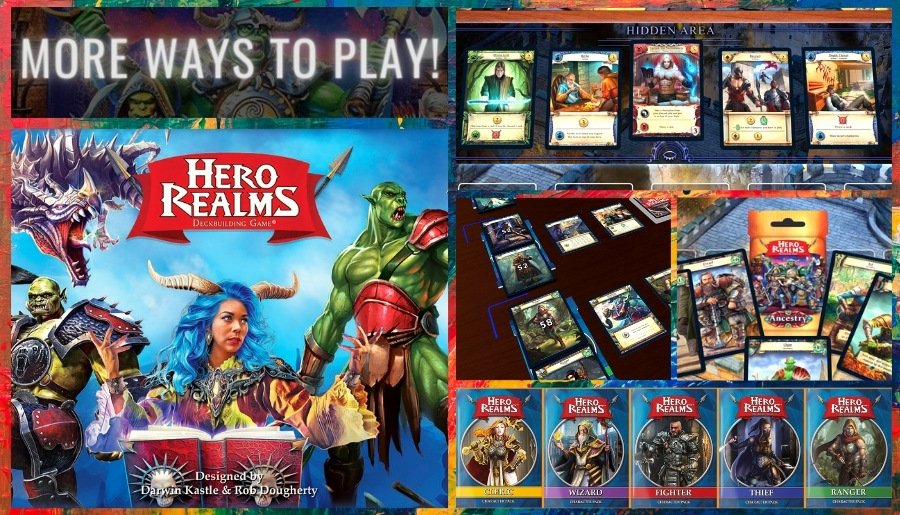 Hero Realms is a fantasy-themed deck-building game that is an adaptation of the award-winning Star Realms game - designed by Robert Dougherty & Darwin Kastle, and published by Wise Wizard Games. The game includes basic rules for two-player games.

Each player starts the game with a ten-card personal deck containing gold (for buying) and weapons (for combat). You start each turn with a new hand of five cards from your personal deck. When your deck runs out of cards, you shuffle your discard pile into your new deck. An 80-card Market deck is shared by all players, with five cards being revealed from that deck to create the Market Row. As you play, you use gold to buy champion cards and action cards from the Market. These champions and actions can generate large amounts of gold, combat, or other powerful effects. You use combat to attack your opponent and their champions. When you reduce your opponent's score (called health) to zero, you win!

Now there are even more ways to play on Tabletopia, with the following improvements added:

Play Hero Realms as a Cleric, Fighter, Ranger, Thief, or Wizard! Character Packs add a cool new dimension to player vs player games - giving each player asymmetrical starting decks and unique powers. Each match-up is a unique challenge that will require different strategies. 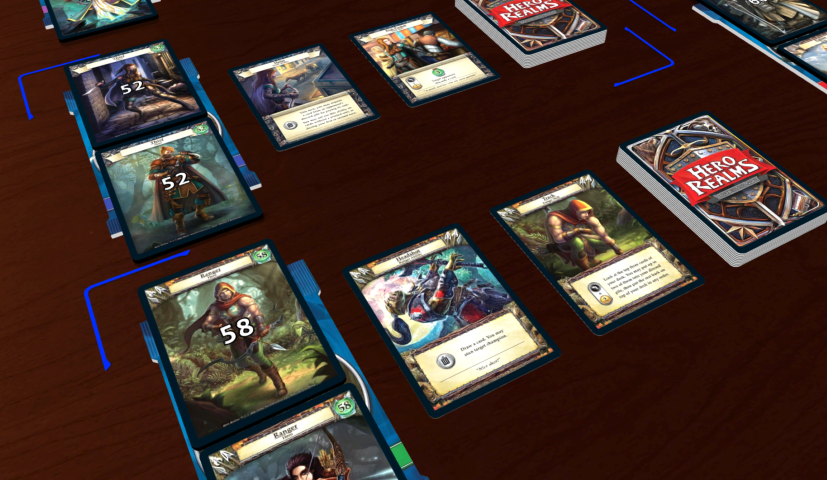 The 20-card Ancestry pack allows you to play Hero Realms as a Dwarf, Elf, Ogre, Orc, or Smallfolk. You may use any race with a generic starting deck, or combine them with any character pack. So you could play as an ogre wizard, an elven ranger, a dwarven fighter, or any one of the 30 new race/class combinations. 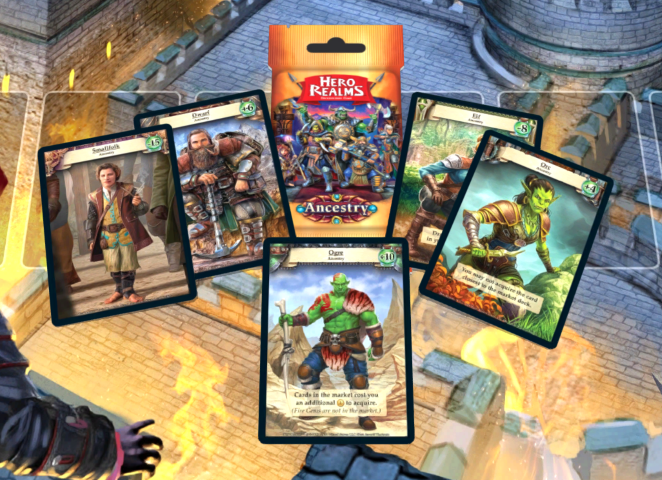 Our recently announced Hidden Areas feature has now been added to Hero Realms. This will give you a space on the board to place your cards directly from the deck rather than constantly moving cards in and out of your hand. This leads to a much smoother gameplay experience when playing a constantly moving deckbuilder like Hero Realms!