A Competition For Creative Miscreants 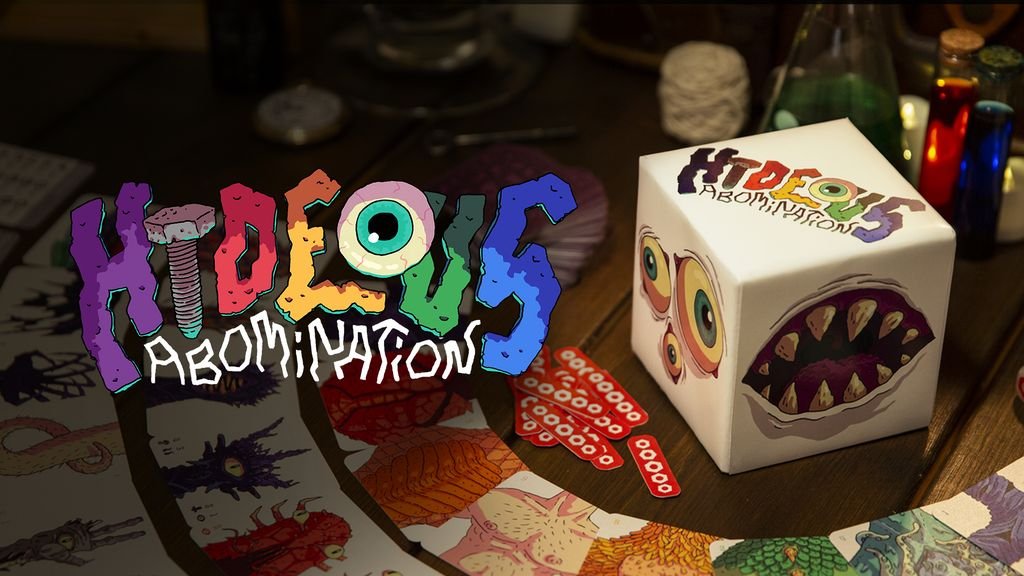 Sharpen your bone saws and practice your whipstitching, the competition has begun! Take turns laying body part tiles to build your own unique abomination, trying to get the most desirable features and win the most trophies. With randomized win conditions, secret objectives, and 100 unique body parts, no two games are ever the same. Who can breathe life into the most repugnant and bizarre monstrosity?

Watch the hilarious commercial for it below:

Hideous Abomination is a tile-laying game for 2-5 people, aged 12+ (but with simplified rules for younger players), generally running about 15-30 minutes. You’re in fierce competition with the other players to construct and complete an abomination that matches certain criteria - some of which are randomized per game! You’ll take turns rolling the die and playing, stealing and bolting tiles. There's plenty of player interaction and end-game scoring. It's fast-paced fun for social gamers, but the randomized win conditions and variables mean it's deep enough for more strategically-minded gamers, too!