Announcing Horror in the Library 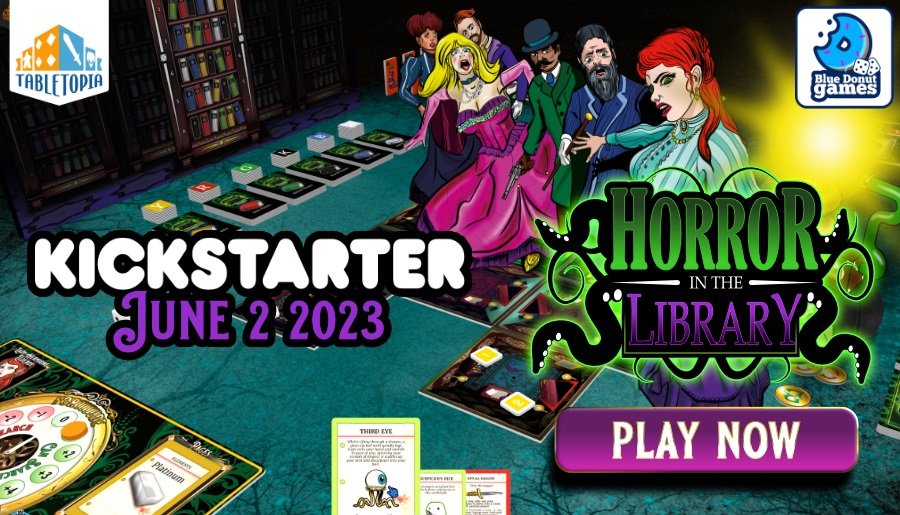 Sunday 18th August 1895... You have been invited to dine at the fabled mansion of the Mad Professor. After a delightful dinner, the Professor announces to his guests that he has invented a contraption that has opened a doorway to allow hideous nightmares to be released upon the world—ghosts and creatures of nightmares. But, there’s a catch: whoever can survive the Horrors of the library will be the sole inheritor of the Mad Professor’s fortune and all of his secrets.

Horror in the Library is a 19th century Victorian-themed tile-based competitive card collecting game for 2 to 6 players. Players compete to collect all the items they need to confront the Horror they have been challenged with by the Mad Professor. Once all components are collected it is a race to the Portal to win the game!

Players will combine strategy and luck to find the required cards and moving tiles. A balanced token bag determines penalties and rewards while a simple attack and defense system with non-player characters adds to player interaction and strategy. 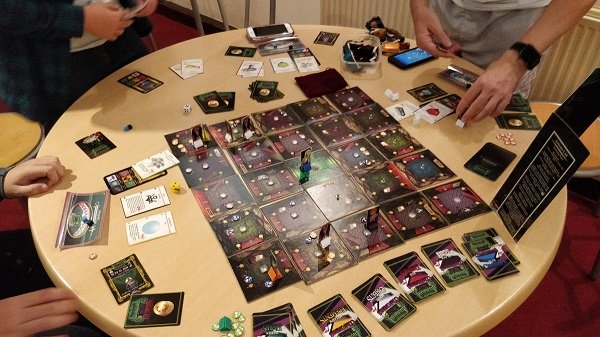 Horror in the Library is as competitive and as fast as players wish it to be through the setup of the game. It can be either a light game for 2 players through to a highly competitive and entertaining evening for up to 6. -Description from BGG 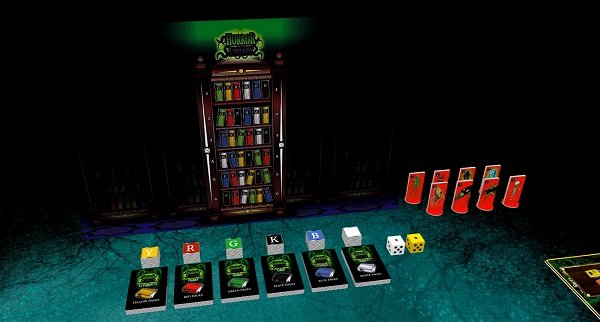