Compete to control a newly-discovered star cluster in Hyperspace, an upcoming 4X game by Sandy Petersen. 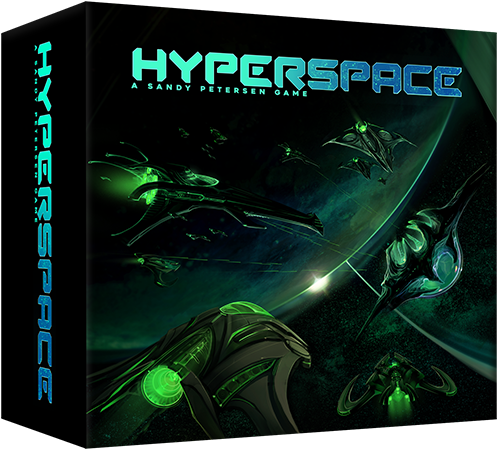 Hyperspace is a fast-moving strategy game about interstellar expansion. In it, you take the part of an interstellar civilization competing to control a newly-discovered star cluster! Construct your empire, fight for resources, and research technology. Each alien species has its own unique flaws and advantages, and victory lies in recognizing this. The game takes place in a star cluster built up of individual pieces that changes every time you play.

Pre-order your own physical copy of the game on Kickstarter!