Announcing Keep The Heroes Out! 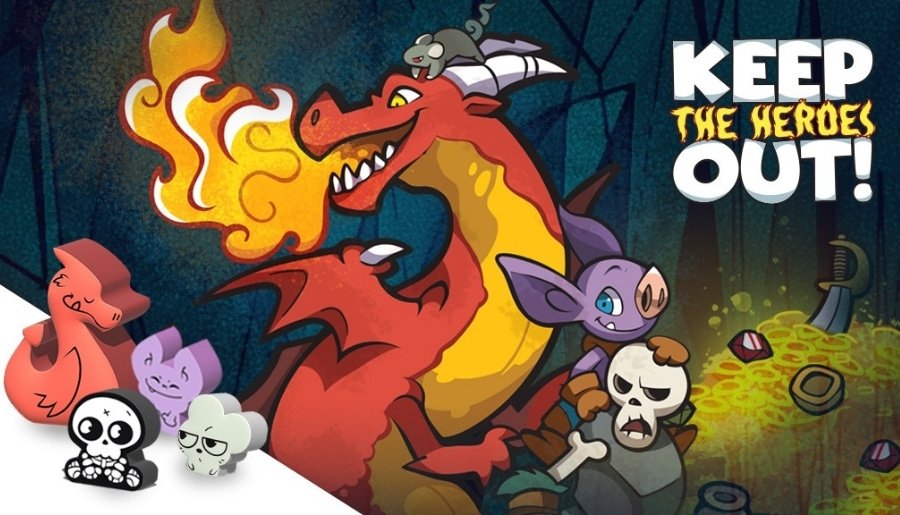 Keep The Heroes Out! is an asymmetric, cooperative dungeon defense game for 1-4 players where you play as the monsters protecting their hard-earned treasures against invading hordes of looters (so-called heroes) trying to steal it.

On their turn, players draw 5 cards and play - these cards allow them to move, activate the tiles they are to perform the tiles actions, attack heroes, and move their units around. After each player, draw and perform cards from the heroes deck.

Your goal as a team in every scenario is to survive the 3 levels of threat from the invading heroes by protecting the treasures in each room. If the main treasure is taken, the game ends and you lose, but if you manage to protect the treasures for long enough, you all win.