Play These Games Before You Back! 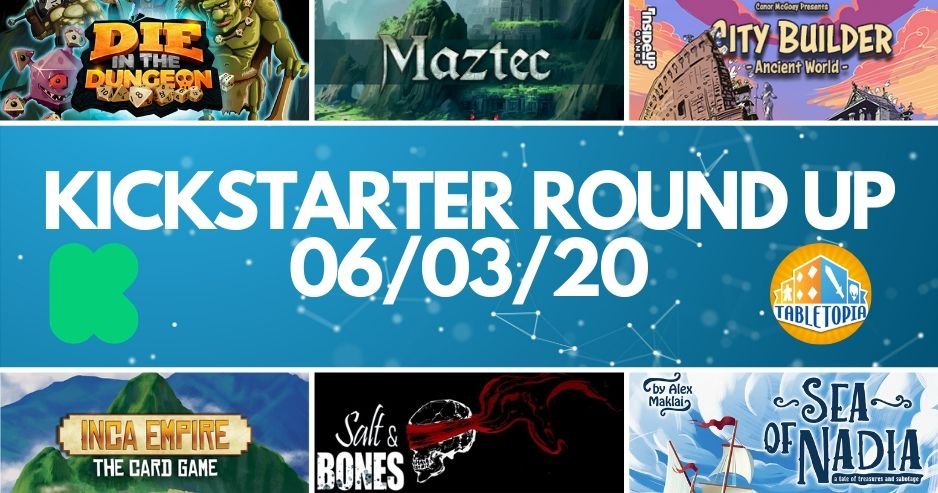 Before you find the next cool thing for your table, why not give these games a try RIGHT NOW? All of these games are currently live on Kickstarter, and can be played on Tabletopia to help you decide if they're right for you.

Read on to find out more about: DIE In The Dungeon!, Maztec, City Builder: Ancient World, Inca Empire: The Card Game, Salt & Bones, and Sea of Nadia!

DIE In The Dungeon! 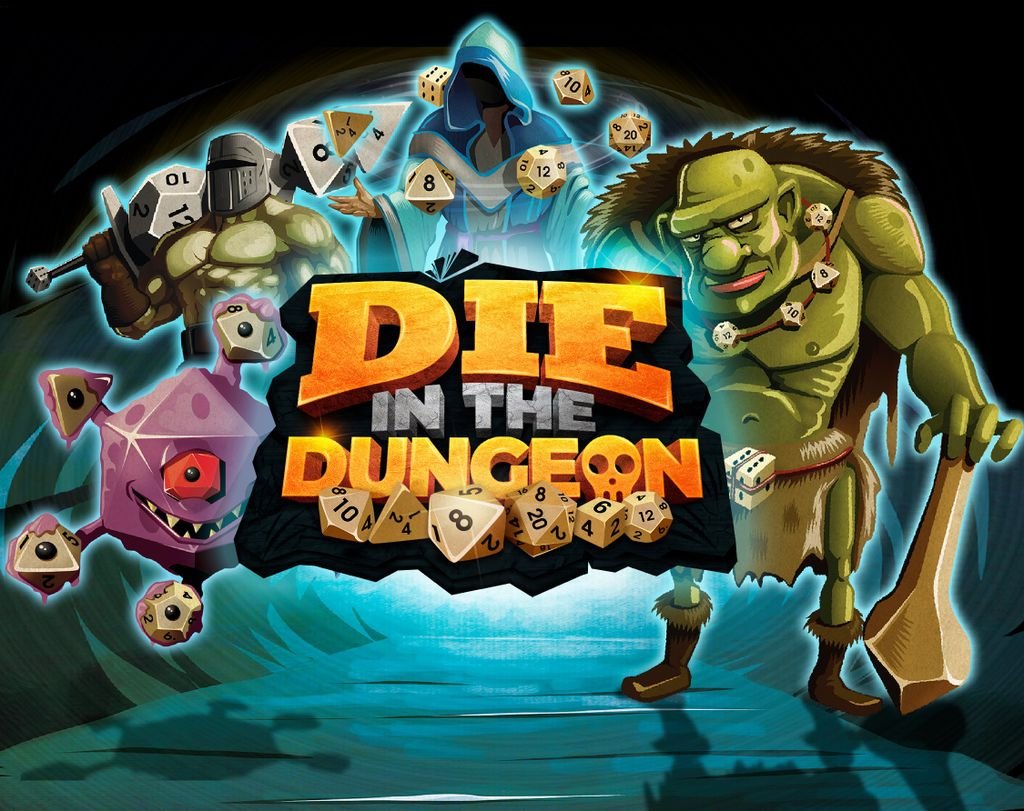 A solo game of DIE-namic dungeon crawling, where you are the dungeon monster!

You are a powerful creature, used to being in control, others in constant fear of you. Without warning you were taken away from your lands by a spell, cast by mighty wizard that even you could not stop. Now you find yourself in an unknown dungeon, full of weaker monsters and annoying adventurers. You decide to find your way out of this dungeon, willing to destroy anything that gets in your way. 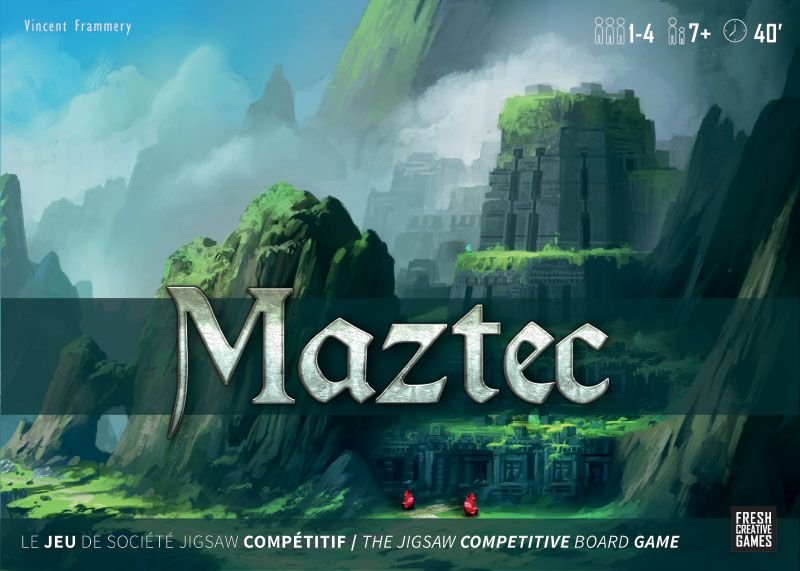 "That night, the earth shook. The ruins of an unknown civilization appeared but the earth's crust continued to tear apart, causing natural disasters all over the planet. Strange seismic impulses seemed to come from a temple within these unexplored ruins."

Maztec is a competitive jigsaw puzzle game, of collecting and connecting, with a combinatory twist. In Maztec, you play as an archaeologist who has to restore the ruins of a mysterious temple that causes earthquakes.

The game lasts 28 rounds, and a set of numbered jigsaw pieces works as a timer. At the beginning of each round, place one of the numbered pieces face up to construct the temple walls: this will reveal a new symbol and signal the passage of time. Temple stones are shaped like jigsaw pieces, showing either a green or a red gem surrounded by ancient symbols. 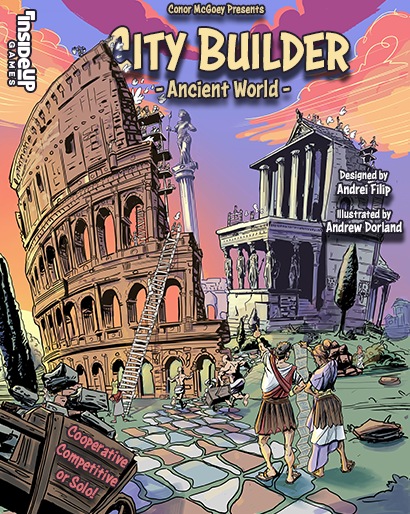 City Builders: Ancient World is a tile-laying game for 1-4 players set in the early days of the Roman Republic.

The players are magistrates sent to a newly conquered province to build cities and help spread influence in the area. By employing clever planning, they must grow their cities to meet the demands of incoming settlers, as well as build imposing monuments.

The player with the most impressive city at the end of the game will be awarded governorship of the province and his city will be named the capital of the new province. 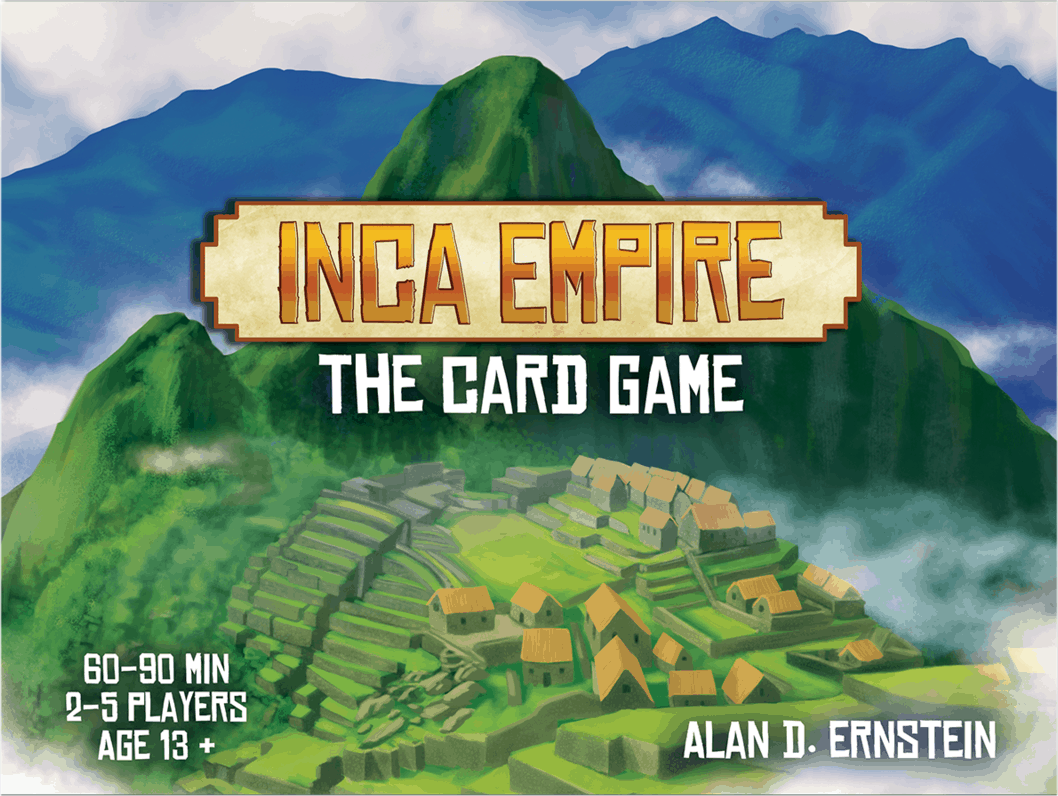 Become one of the Inca’s Regional Leaders! Expand the empire by extending your road system, build cities to house your people, and construct temples to please the gods.

Players take on the role of an "Apu" or regional leader. The improvements to their regions are for the benefit of the empire. Sapa, “the Only One”, will only favor the leader who does the best over the empire’s four eras.

In the game, you will be constructing Cities and Colcas (Storehouses that contain fish, corn, and potatoes) between the cities. These are all connected by a road system that player’s build out from the capital city of Cusco.

In Salt & Bones, you are locked in a captains' duel on the deck during a boarding action. Conquer your opponent by out-thinking and out-maneuvering them on an ever-shrinking battlefield.

A 2-player competitive game where players draft from shared decks and carefully prepare their plays before going head-to-head in combat.

Our design ethos was simple: no plan, no matter how perfect, survives contact with the enemy, so the one with the better Plan B wins. 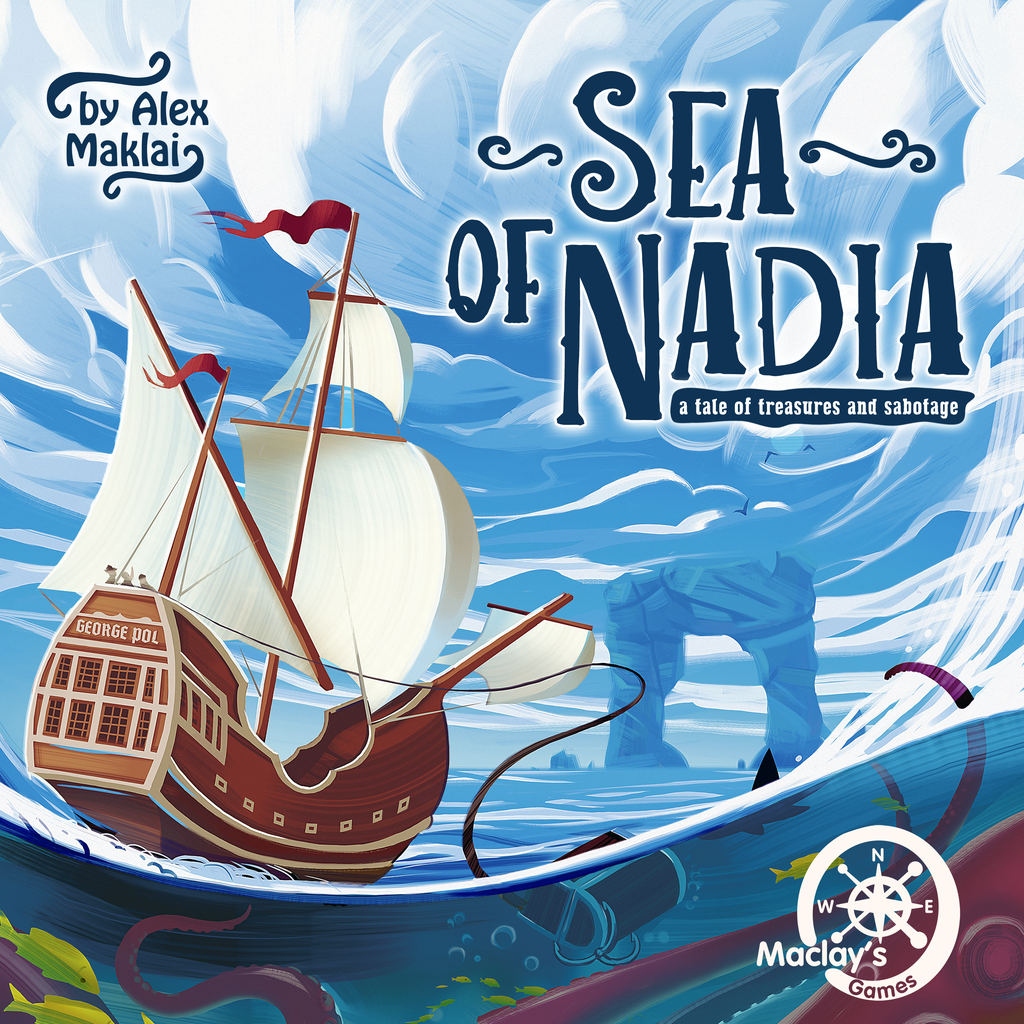 Sea of Nadia is a board game about hunting treasures around the Sea of Nadia.

You will dive into a fantasy land of 17th century where treasures are all over the islands of the Sea of Nadia. And you will take a role of one of 4 captains - a rich but still crazy about gold merchant Sam Bellamy, a brave lady Charlotte de Berry famous for her unpredictability, strong and explosive pirate Bartholomew Roberts, and sneaky bastard brought up by pirates Jean-David Nau.

You will take control of a captain and travel on a ship around the map, collect resources, open chests full of treasures, gain captain powers, get best merchant offers, cooperate with others to stop the most rich ones or maybe trick other hunters by messing their plans or even steal their keys or treasures and many more!