Play these 10 games before you back! 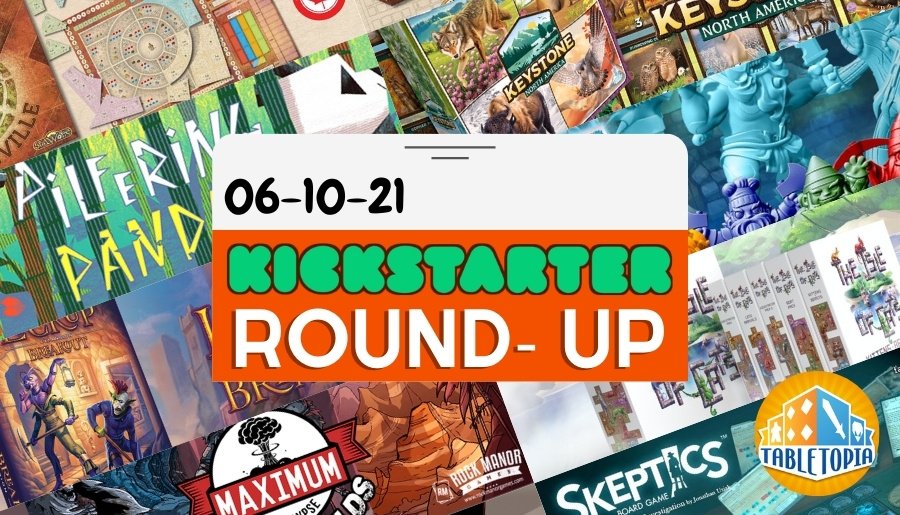 Before you find the next cool thing for your table, why not give these games a try RIGHT NOW? All of these games are currently live on Kickstarter and can be played on Tabletopia to help you decide if they're right for you. 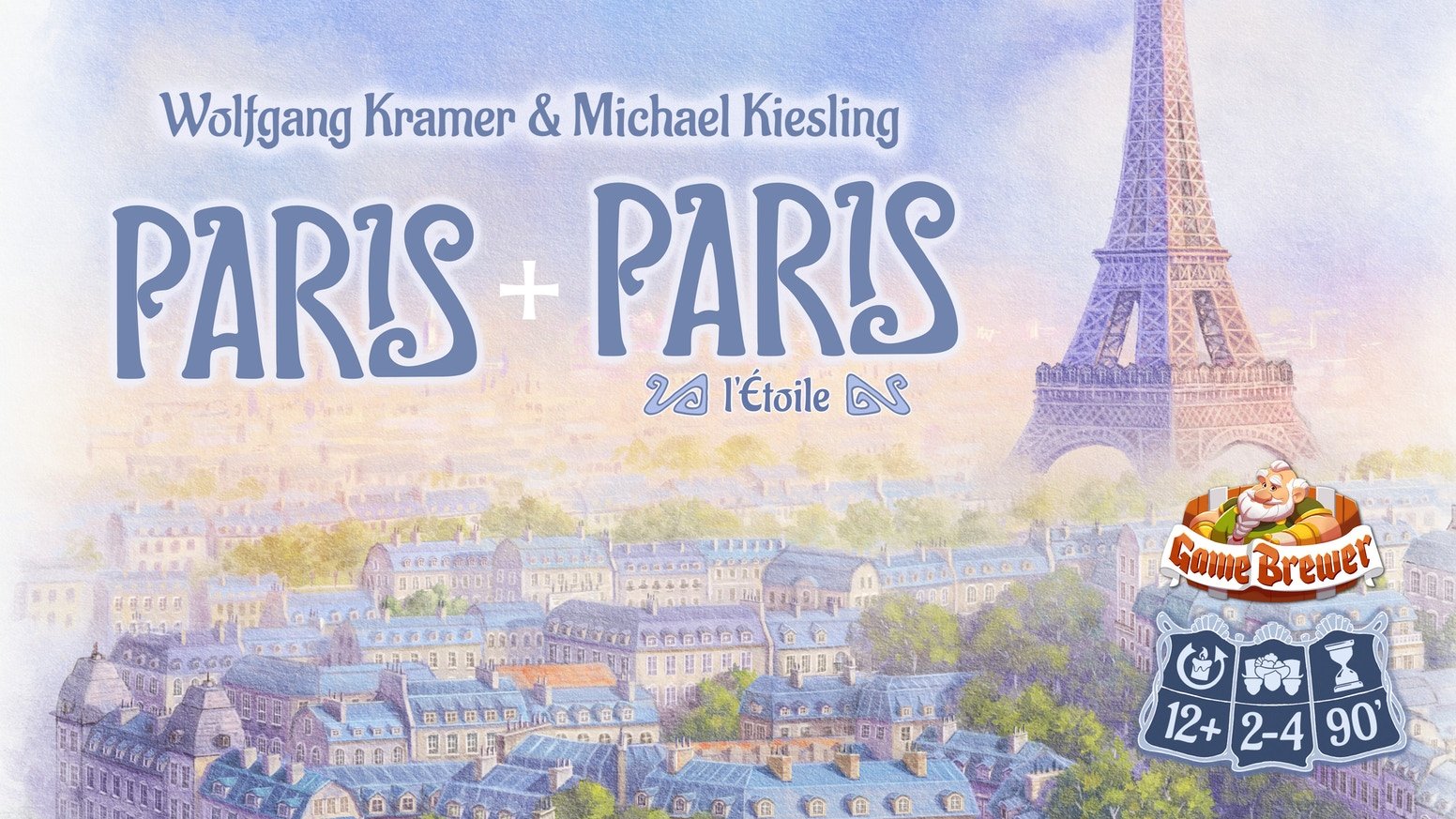 Paris : l'Étoile is an expansion for Paris that introduces a new collection of bonus tiles, which will add more variety and replayability to your game of Paris, as well as strategy tiles. These will give each player a unique player power, that they can choose to change if they place one of their keys on the Arc de Triomphe. 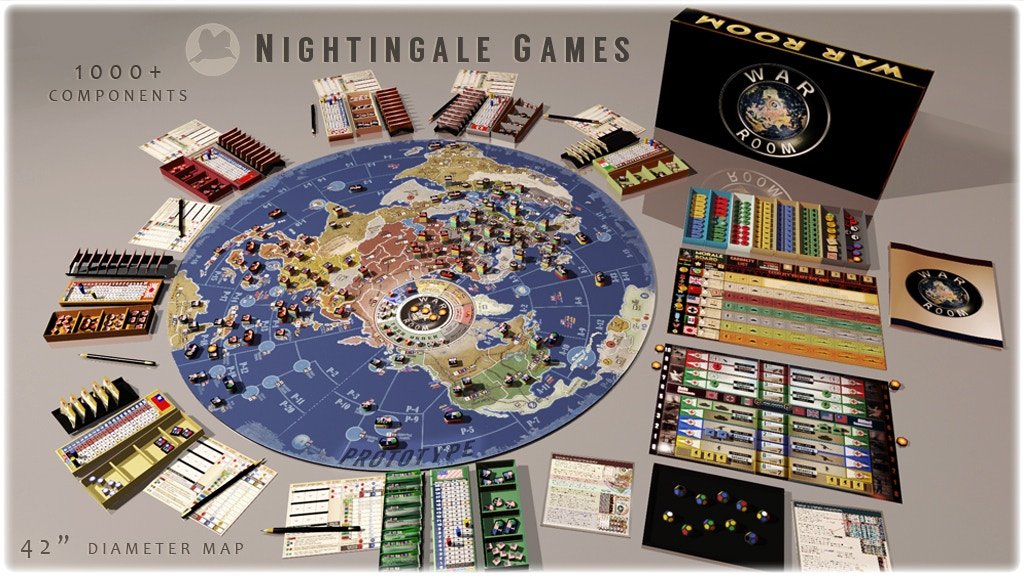 Larry Harris presents War Room, a deluxe global World War II game for 2-6 players. You have been entrusted with the Mantle of Command for your nation. Collaborate with allies to coordinate maneuvers before resolving your secret, simultaneous orders for movement and production. Assign battle stances for each unit type wisely during conflicts on the land, at sea and air. Maintain a tight grip on your territories and guard your convoys to control the varied resources required to expand your army. Attack your enemies where they least expect and crush their national morale. Strive onward to capture the enemy capitals and secure victory! 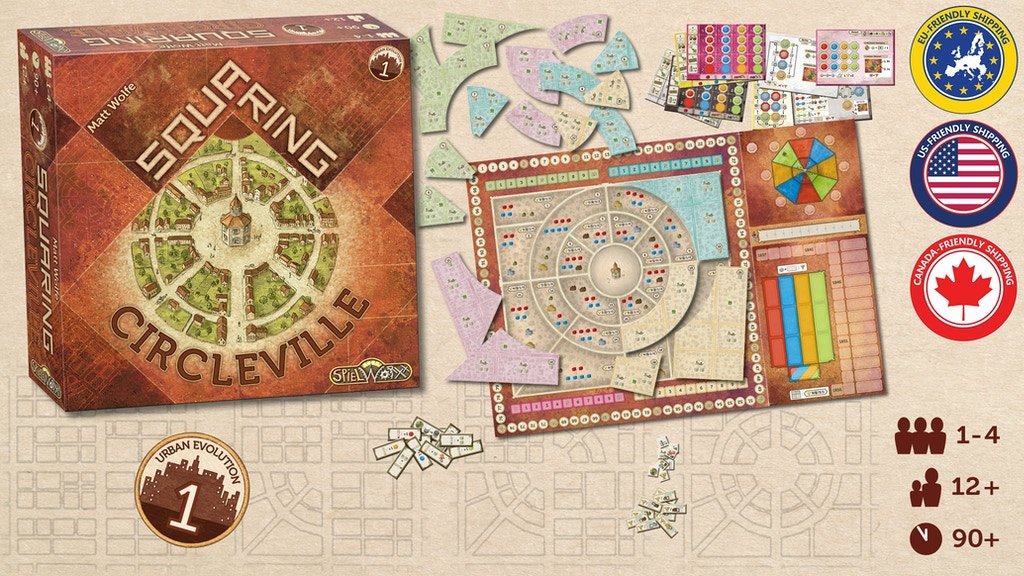 As the game proceeds, you become more experienced and are able to do an amazing amount of work in the same amount of time. In the end, only one player will be recognized as the best at "squaring the circle" and wins. 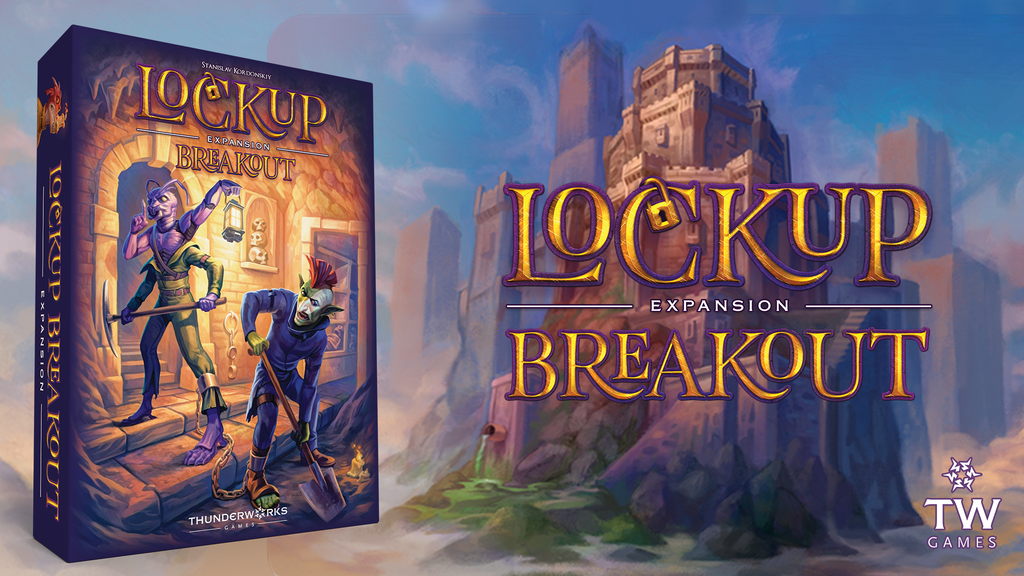 In Lockup: Breakout, players can earn reputation stars in new ways by sending their seekers to explore the catacombs beneath the prison and by dedicating crew to influence the legendary inhabitants of Kulbak.

Gain the most reputation stars over six rounds by crafting items, recruiting goons, influencing legends, and exploring the catacombs — all while avoiding the suspicion of the guards.

As in the core game, the player with the most reputation stars wins! 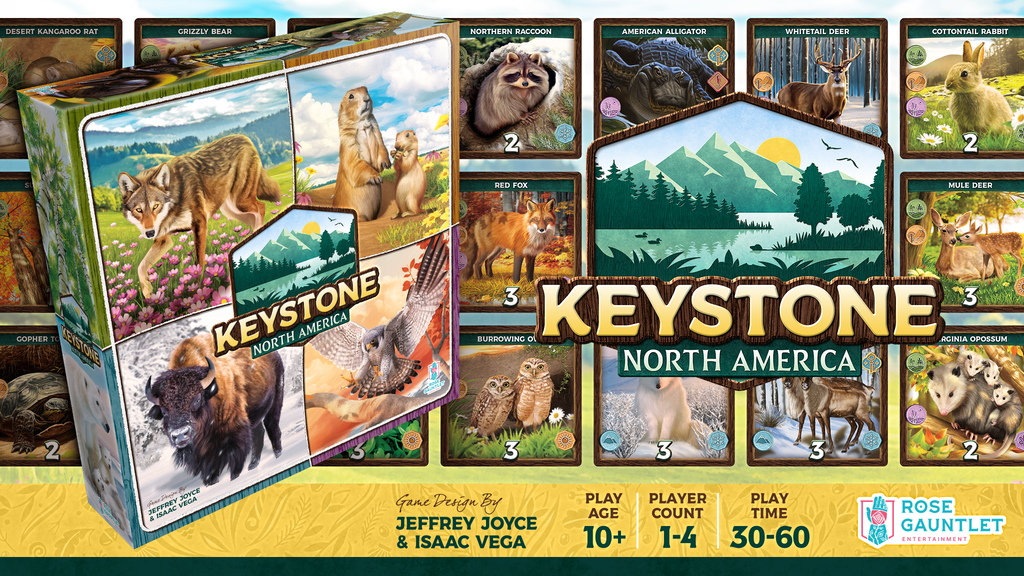 In Keystone: North America you and your friends will take on the role of biologists and work to build an interconnected ecosystem through the careful placement of cards. Use skills, introduce important Keystone animals, and perform wildlife research to maximize your points.

Keystone: North America offers multiple ways to play! Go head-to-head against your friends in multiplayer and see who can build the healthiest ecosystem. Or experience a narrative adventure that will take you on a journey across North America with the Field Journal. This fully illustrated book contains a solo or co-op campaign where you will solve puzzles, learn about amazing animals, and explore the different ecosystems that make up North America. 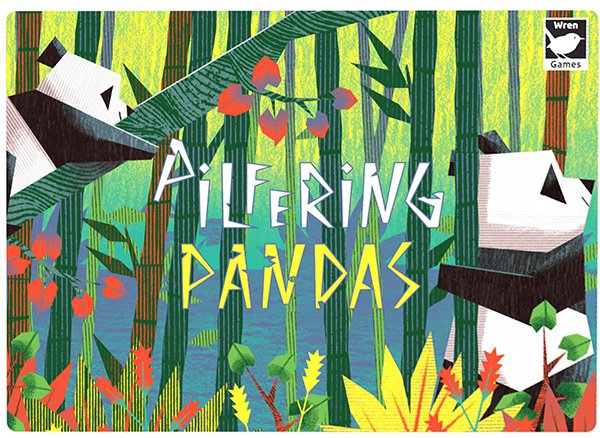 Players must collect sets and trade them with the Meerkats to earn points to increase their chance of escaping from the zoo. However, they must always stay at least one step ahead of the zoo keeper so they don't get caught by playing and picking up cards wisely and efficiently. 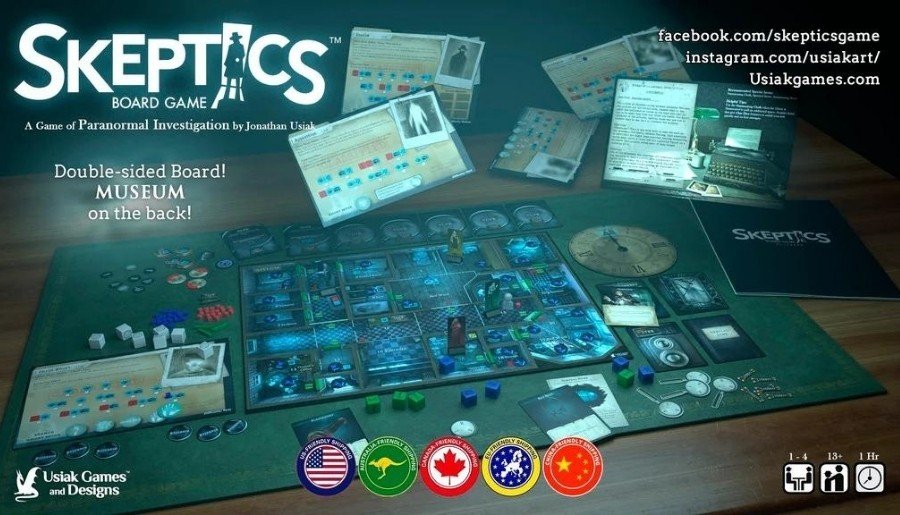 SKEPTICS is a cooperative, dice rolling game, where players explore potentially haunted locations to prove the existence of ghosts.

1-4 players take on the role of paranormal Investigators gathering evidence of the paranormal.

Investigators race against the clock exploring rooms and rolling dice to match icon sets to Search, Reveal, and Solve Clues. Each Clue will lead Investigators one step closer to revealing the Ghost. Environment Cards are drawn every hour, which may have hazards and conditions that will impede the Investigators’ progress. Investigators win if the existence of the Ghost can be proven in time, but investigators fail if time runs out.

The below games have expansions on Kickstarter, with their base games available on Tabletopia

The Isle of Cats: Don't Forget the Kittens 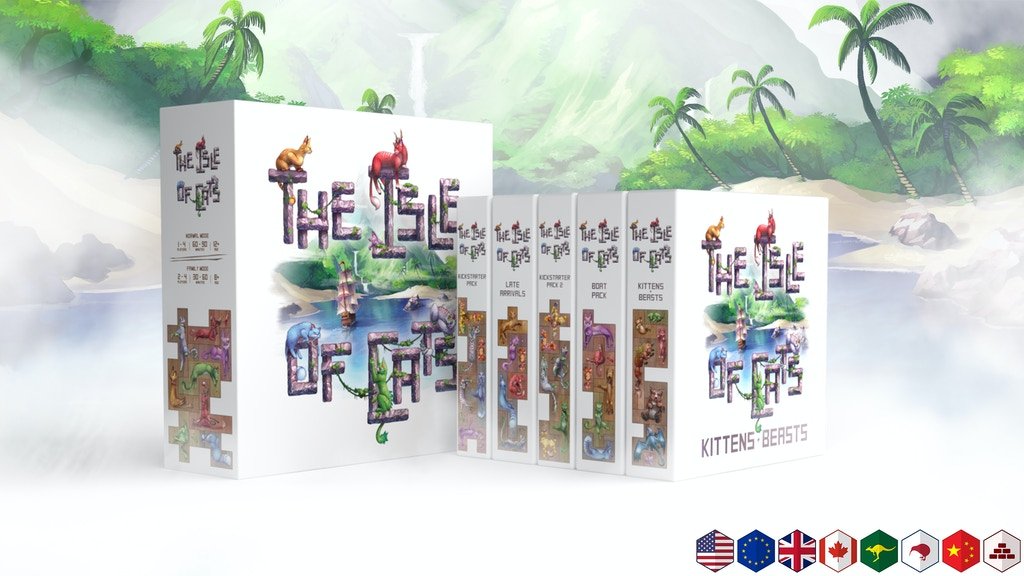 The Isle of Cats is a competitive, medium-weight, card-drafting, polyomino cat-placement board game for 1-4 players (6 with expansions).

In the game, you are citizens of Squalls End on a rescue mission to The Isle of Cats and must rescue as many cats as possible before the evil Lord Vesh arrives. Each cat is represented by a unique tile and belongs to a family, you must find a way to make them all fit on your boat while keeping families together. 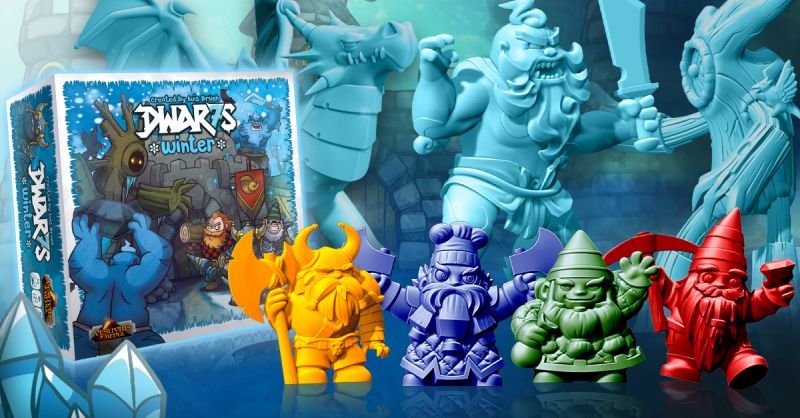 Dwar7s Winter is a hand-building, resource management game with tower defence elements in the gameplay.

You built and defended your kingdom, and now that winter is here, you need to battle the harsh elements and chillingly scary monsters.

Each player wants to achieve more victory points, but the only way to survive the winter is to work together. 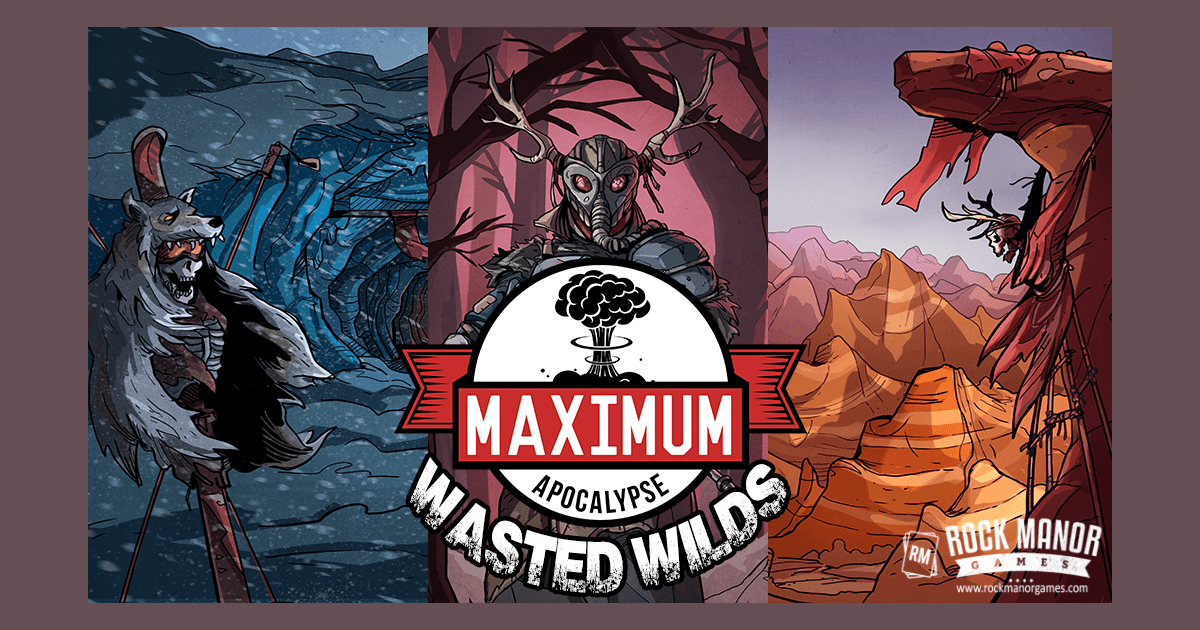 Maximum Apocalypse is a cooperative game where each player plays as a post-apocalypse survivor with actions and gear in the form of cards. Players explore the landscape and react to threats from roaming monsters while trying to fend off starvation and scavenge for the resources needed to complete their mission and escape. Ultimately, Players will work together and successfully complete their objective and escape or perish in the wasteland of the apocalypse.