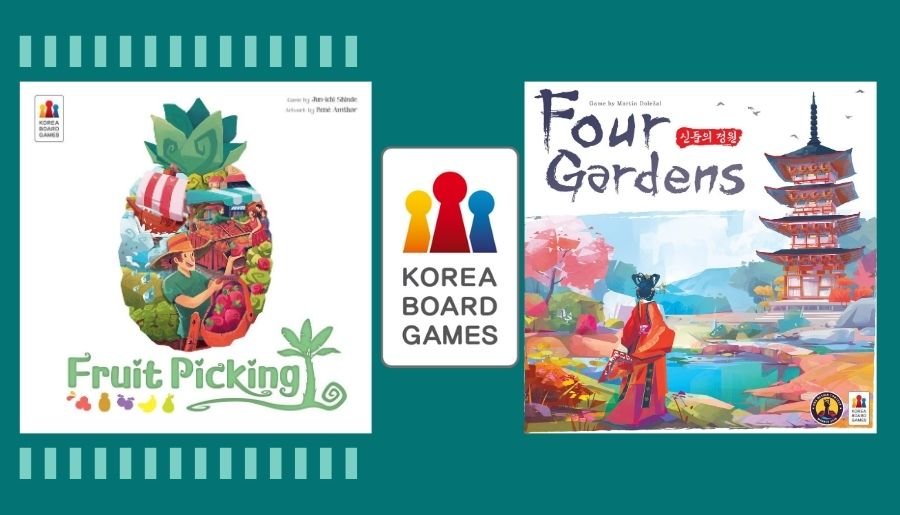 Tabletopia would like to welcome two games from Korea's largest game publishing company to the platform! 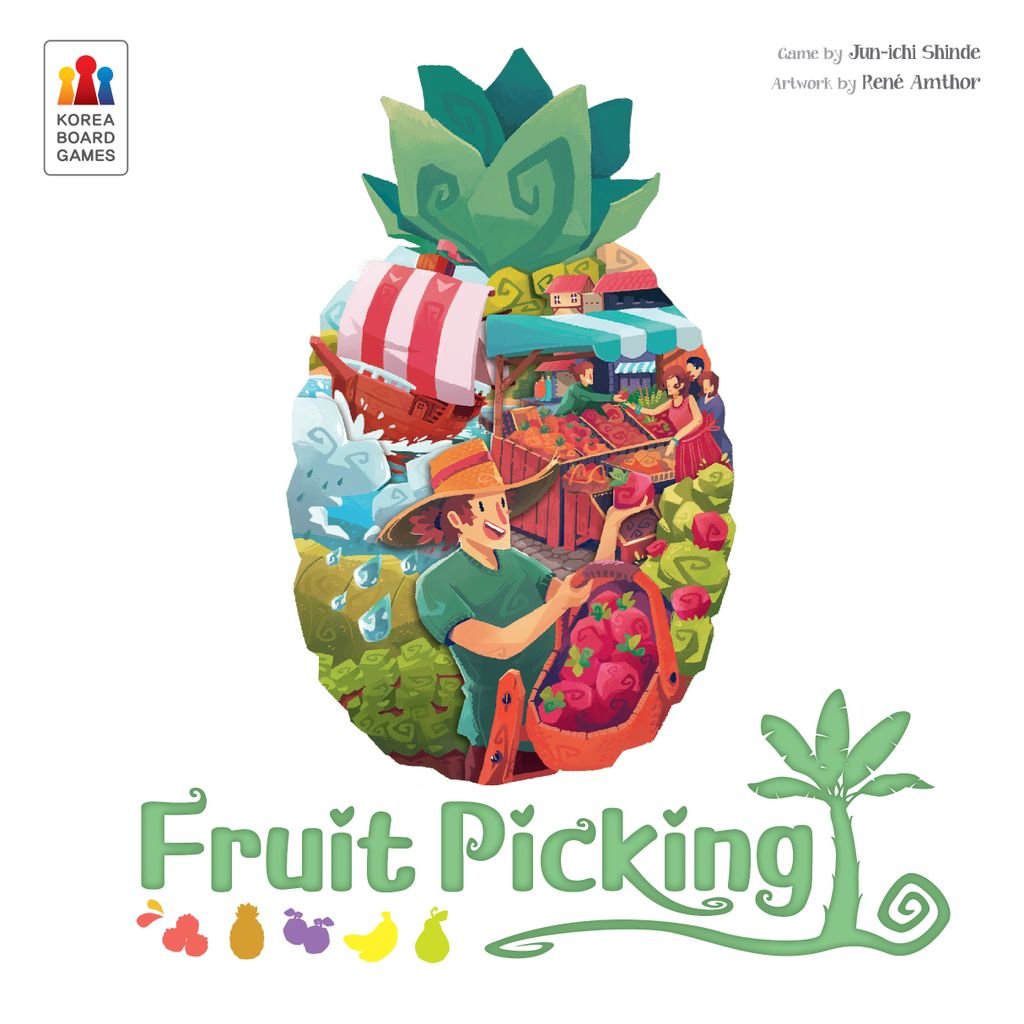 Look at you up in that tree! Picking fruit on your island at sea!
Pack it up and send it out via Market Island to build your clout!
Remember! Seeds make fruits and fruits make sets! So pick your fruit with no regrets!

In Fruit Picking the players become fruit farmers who will plant and pick fruit and trade them with Market Island. The goal is to collect a set of market cards, claiming the title from one of the 4 districts of Market Island.

In more detail, during a turn a player will take all the seeds from one space on their fruit island board and then distribute them mancala-style in clockwise direction. The last space a player puts a seed on becomes their Pick farm for this turn. They then choose to either getting more seeds on their Pick farm or trading the same fruit as on their Pick farm with the Market Island by paying seeds and receiving a market card for that. If a player collects all cards of one of the 4 sets of market cards the game ends. 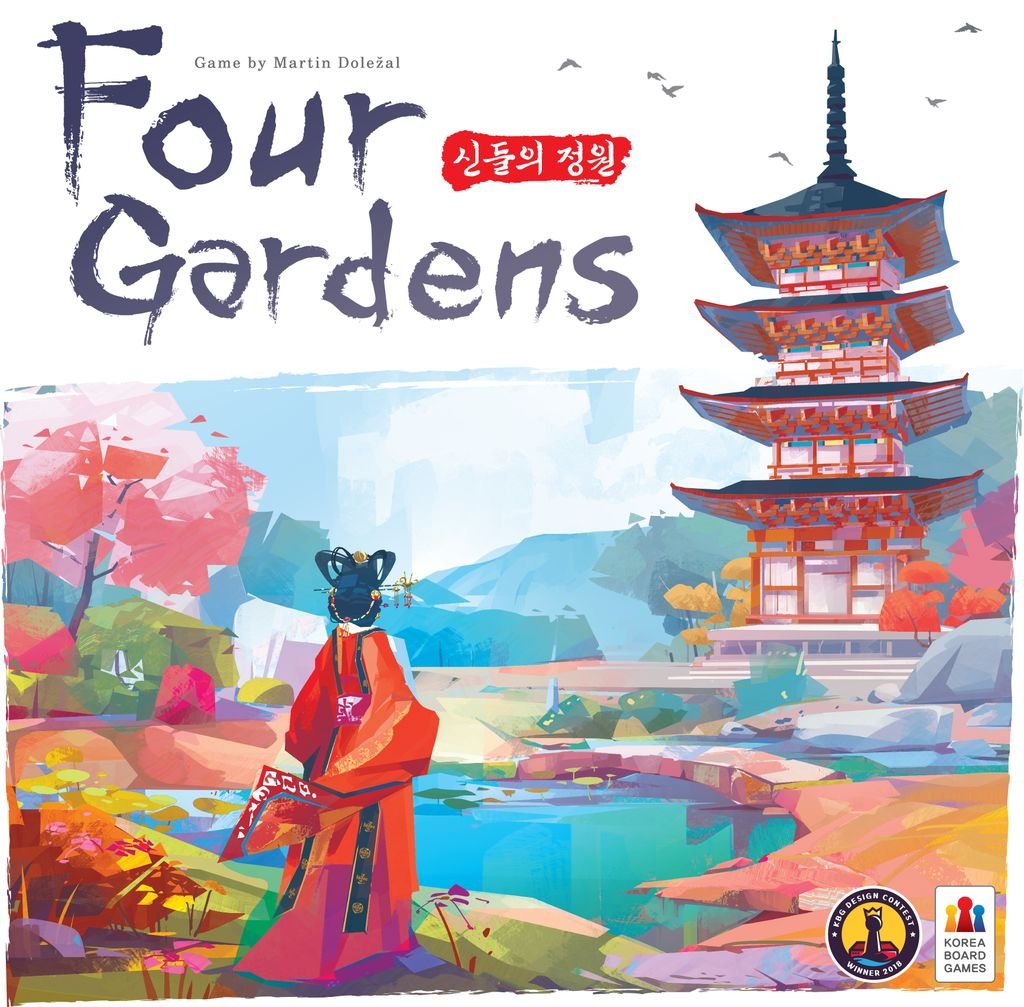 Long ago, in a beautiful Eastern kingdom, a queen and her people pleased their Gods by building a mystical pagoda. The pagoda housed the four Gods and towered strong over the magnificent kingdom. As time passed, the queen fell ill, and she summoned her people to compete for her crown. The crown would be passed on to the person who could build the most pristine garden around the pagoda. The heir would be chosen by the four Gods themselves.

The goal of Four Gardens is to accumulate the most points on the score board by completing landscape cards and finishing sets. Each finished set creates a panoramic view of a garden, and these sets are called (no surprise) "panoramas".

Players can finish panoramas by first laying groundwork cards, acquiring resources by turning the 3D pagoda, and allocating those resources to satisfy the requirements of each groundwork card. Once satisfied, a groundwork card becomes a landscape card. Multiple landscape cards laid in the correct order create a panorama. Each God has their own satisfaction meter which expresses their goodwill towards the gardens and their builders. Players try to please the Gods by completing landscape cards and finishing panoramas.

Play it now on Tabletoipia!