Rise to fame as Yu the Great in this solo game! 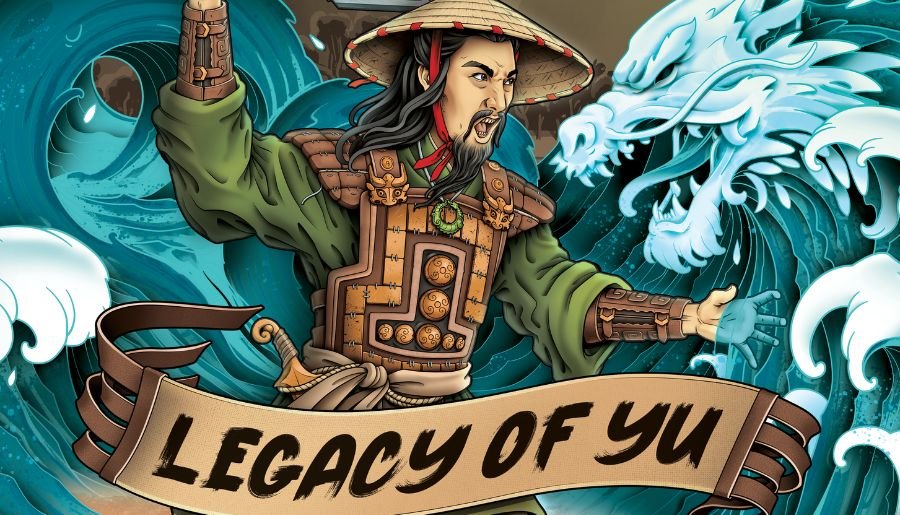 During the reign of Emperor Yao, the people of ancient China were constantly plagued by deadly floods along the Yellow River. Eager to put an end to the devastation, Yao selected Gun, one of his officials, to devise a plan. After nine years of failed attempts using dams and dikes, Gun's employment came to a questionable end. After his passing, Yu inherited his father's work. Learning from Gun's failures, Yu set out to construct a series of canals to direct the surging river into nearby fields and smaller waterways.

Legacy of Yu is a solo-only, fully-resettable, nonlinear campaign game in which you step into the role of the legendary hero of the Xia Dynasty, Yu the Great. It will be your job to build the canals ahead of the impending flood, while also defending your growing village against neighboring barbarian tribes. With each game, stories will be shared and new gameplay elements added. The campaign features a self-balancing system which adapts to how well you are doing. The campaign ends once you either win or lose seven games.