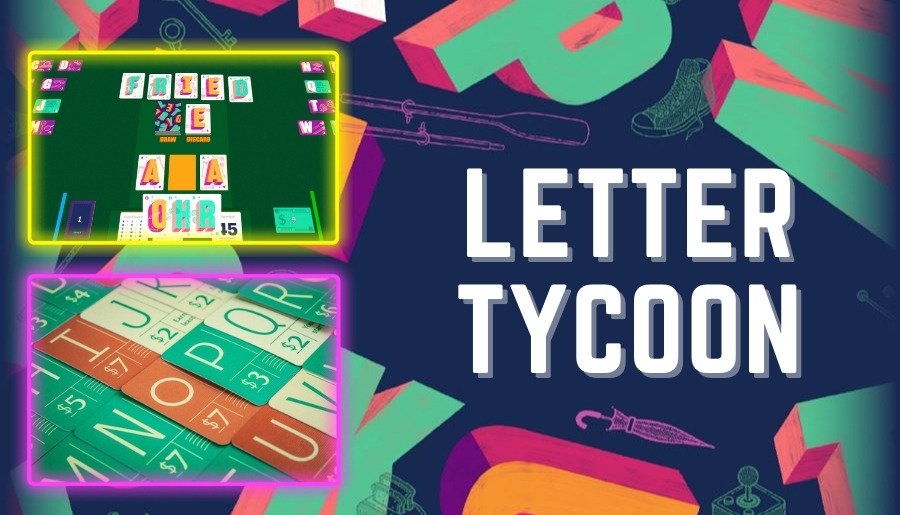 Letter Tycoon is the word game for 2-5 capitalists!

In the game, players take turns forming a word using a seven-card hand and a three-card community card pool, scoring money and stock rewards based on their word. Players may use their earned money to buy one letter "patent" in the word they make. In the future, whenever another player uses one of your owned letters on their turn, you earn money from the bank. Letters that are used less frequently have special abilities, increasing their power. 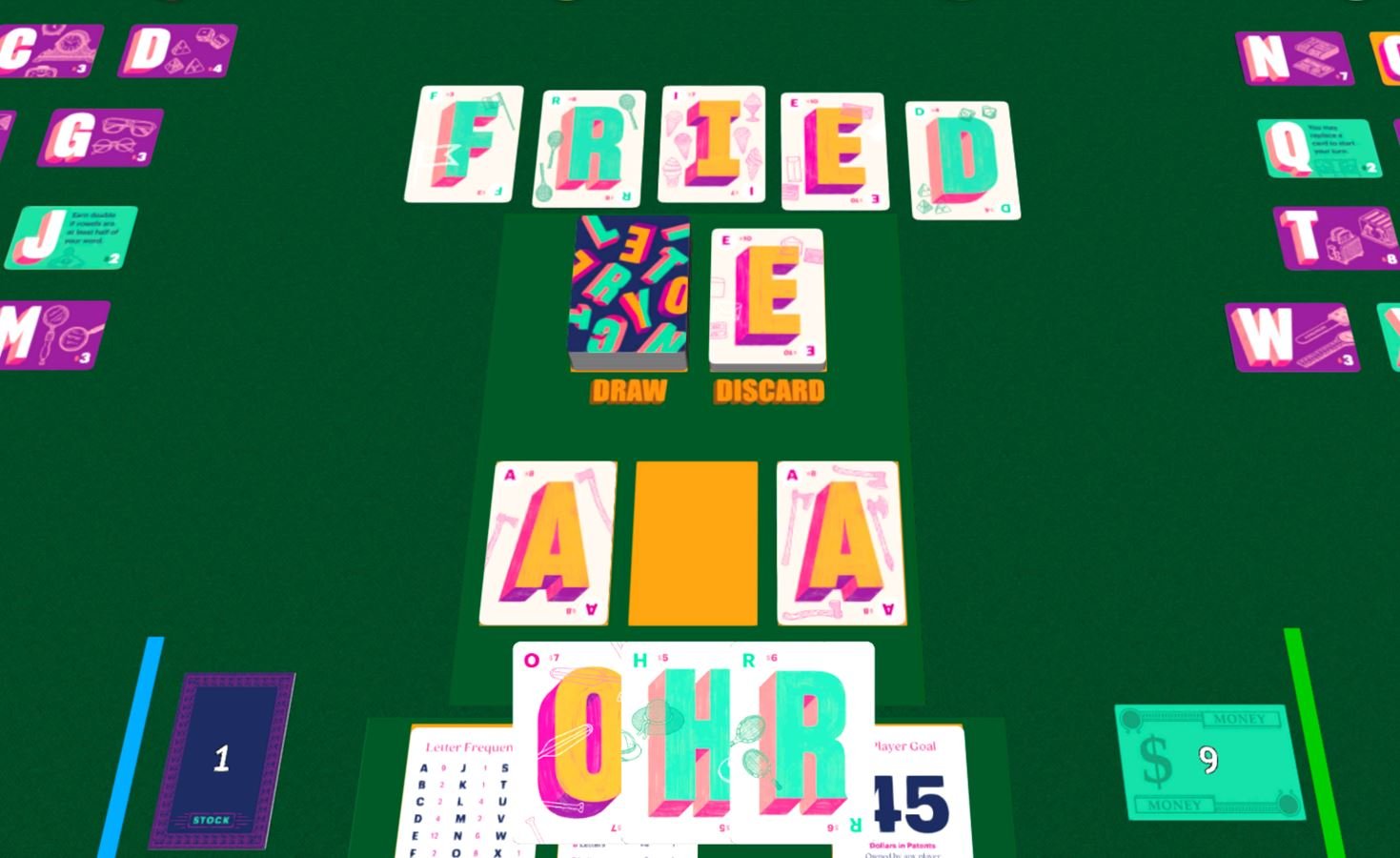 When enough of the alphabet has been claimed, players finish the current turn, then score all money, stock and letter patents owned. Create the most valuable empire and you can become the letter tycoon!