The Queen is Dead! Long Live the Queen! 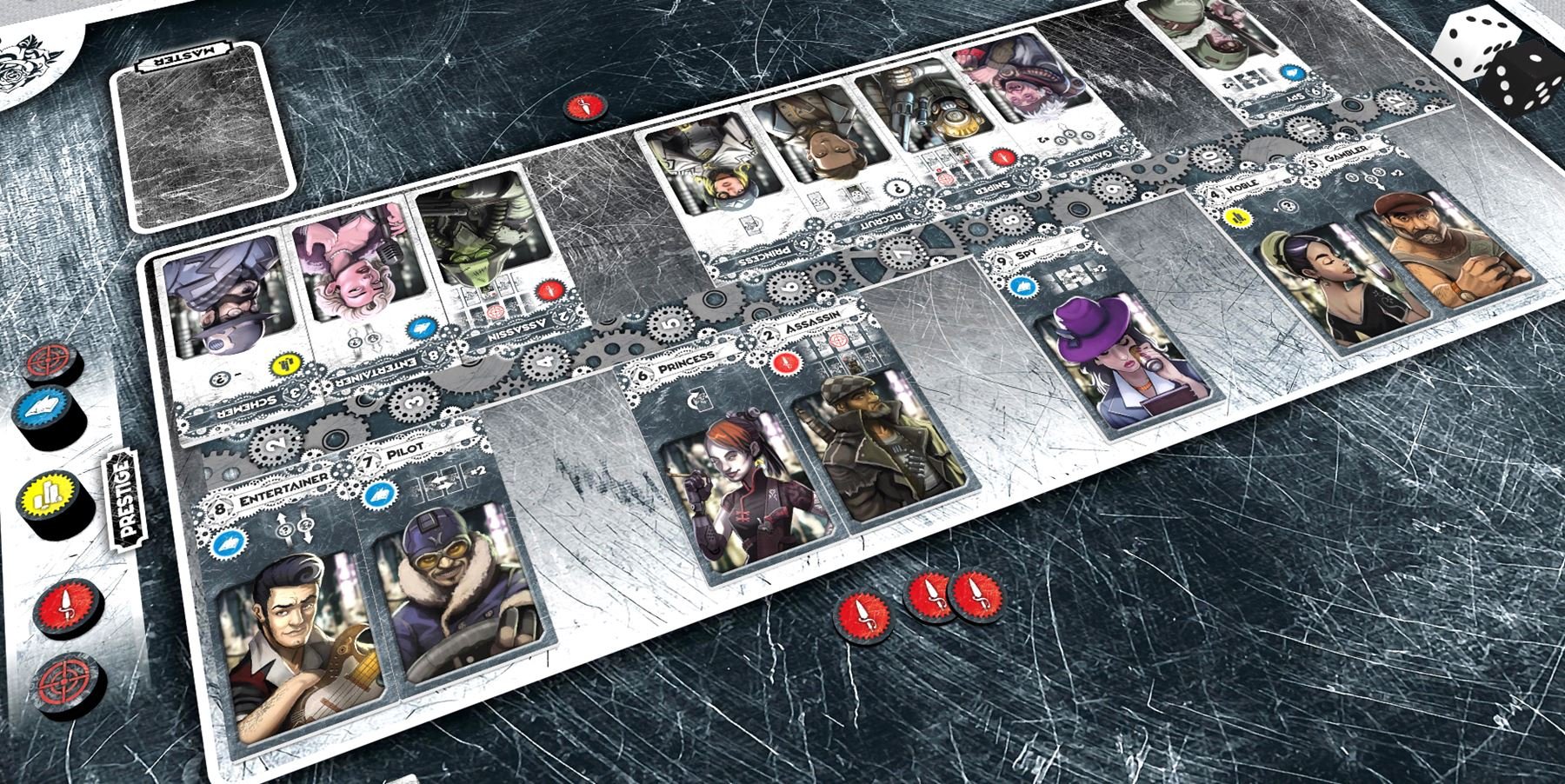 After the death of the Queen the leaders of two rival gangs The White Rose and The Black Rose seek to succeed her in Long Live the Queen by LudiCreations. The game takes place in the world of Crisis and continues a series of games in this universe.

Long Live the Queen is now on Kickstarter in two variants (original Japanese and dieselpunk), pick your own!

Long Live the Queen is a dynamic tactical tug-of-war game for two players about plotting to seize the throne.

As a loyal servant for their Leader, each player will manipulate their supporters and use abilities effectively to gain enough prestige or make the opposing Leader tile to be turned face down.