For Glory and Loot! 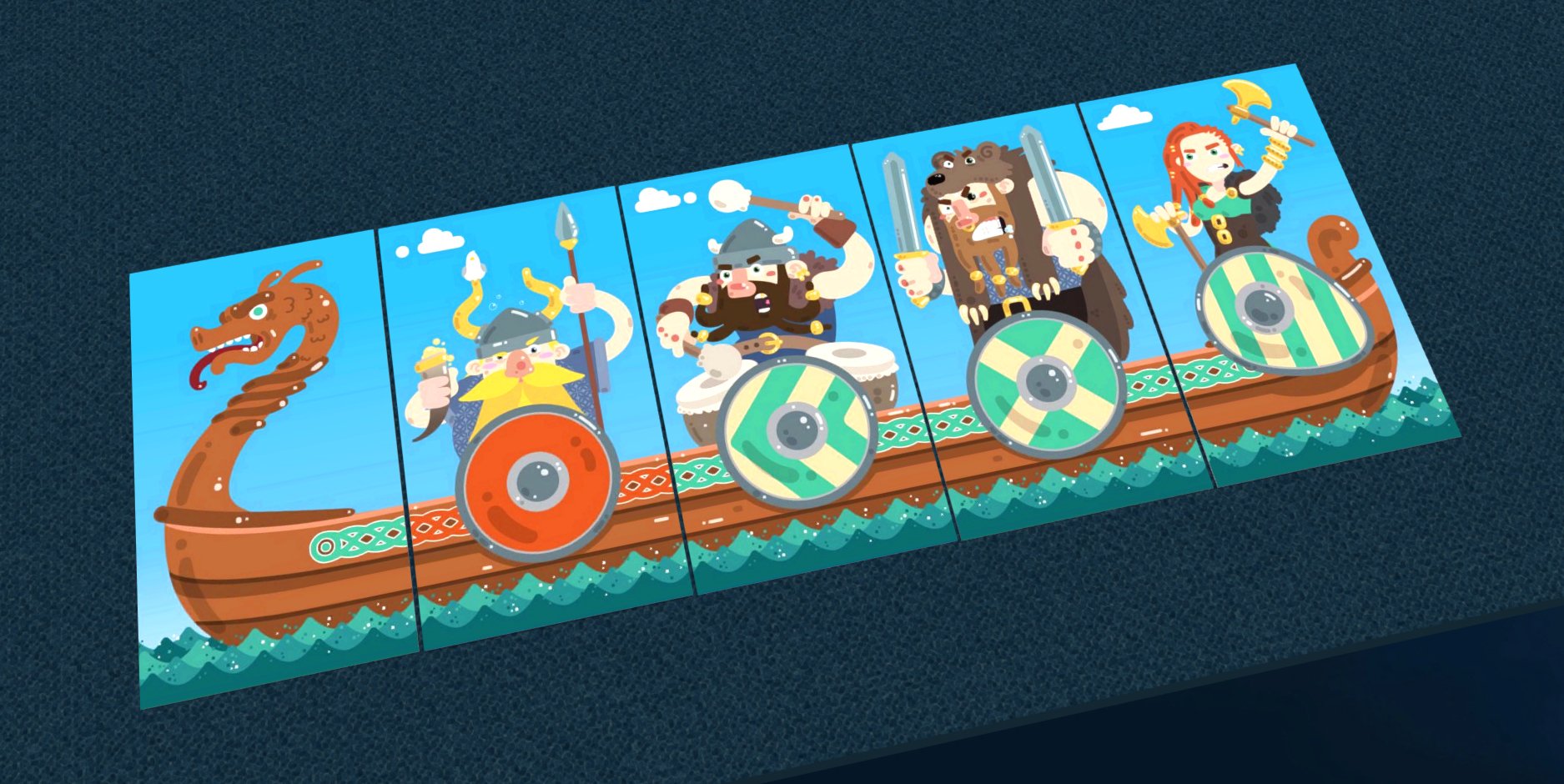 Build the most glorious Viking longboat (and beware sheeps)!

Longboat is a strategic drafting game in which for 2-4 players compete to build the most glorious Viking longboat.

Players take it in turns to draft cards from a central pool called The River and add them to their boat. Scoring or 'Glory' is based on a number of factors, including the loyalty of the vikings on board and the amount of Loot the player has amassed.

Special cards activate abilities, such as Berserkers that allow a player to steal loot from another's boat. Or sheep that are used to weigh down opponents and rob them of glory.