A Base-Building Strategy Game that takes place on the Moon. 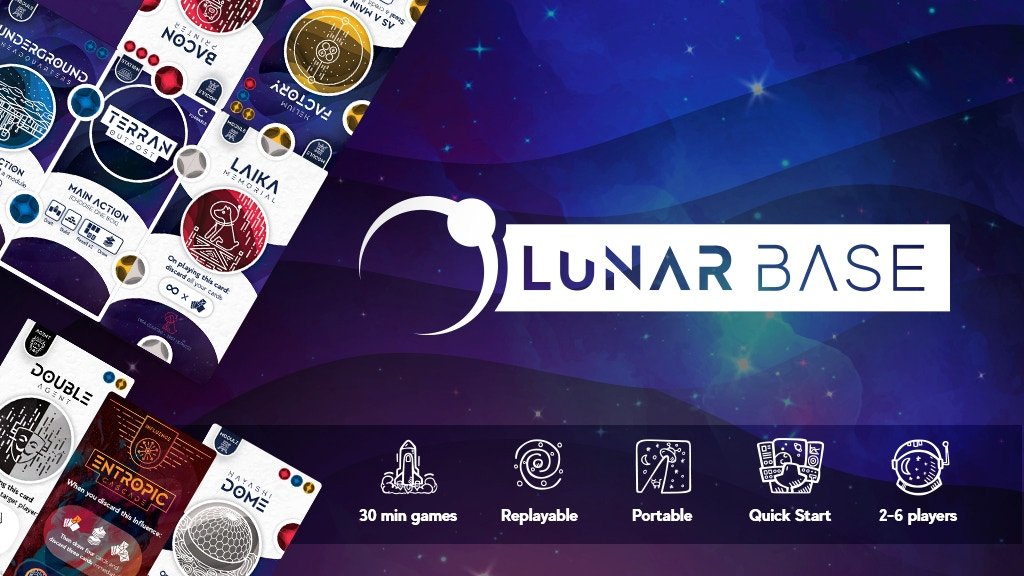 A bold new era of space exploration has begun. With many different factions and organizations vying for power in this latest space race, you are tasked with leading one of these competing moon colonization teams.

Lunar Base is a card game where you draft and play cards to expand your base.

Make shipments from Earth work to your advantage. Recruit agents and send them to infiltrate opponents' bases to hasten your expansion, or hinder the progress of your competitors.

Defeat your rivals and achieve lunar dominance by housing the most colonists, gaining the most influence, hoarding the most lunar credits, or earning the most renown through scientific achievements.

The game is in its final days on Kickstarter - check it out now before it flies off!