An Interview with Stella & Tarrant 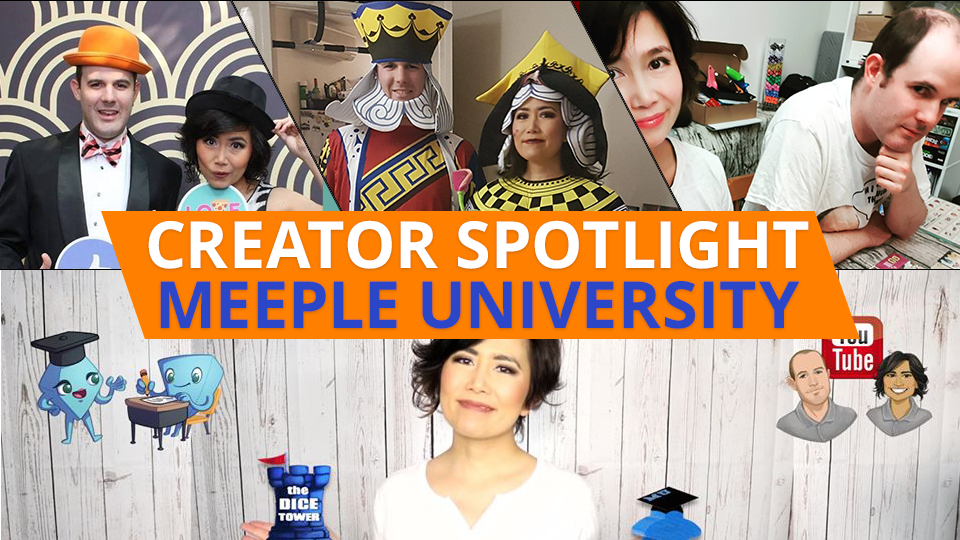 AN: I recently spoke to Stella and Tarrant from Meeple University - two content creators out of Melbourne, Australia. They met over board games, and now are two engaged partners-in-crime teaching rules and doing Kickstarter previews! Find out what makes these two tick below.

Hi guys, thanks for joining me! For people who aren’t familiar with Meeple University, could you tell us a bit about yourself and what you do?

What do you both do outside of Meeple University?

S: Meeple University is my main occupation. Outside that I’m in real estate working casually, in Property Management, so dealing with rental properties.

T: I work in engineering as my full time job, and work Meeple University on the side.

You both met through board games, right?

S: Yes, in a random board game meetup. Tarrant is just one of the randos that I play board games with, it was Valley of the Kings, and I was so impressed by his strategy, his win, his dry humour, and bad sense of fashion. The last one, because it’s so refreshing.

T: We then caught up several times at that meet-up and then ultimately started our relationship. 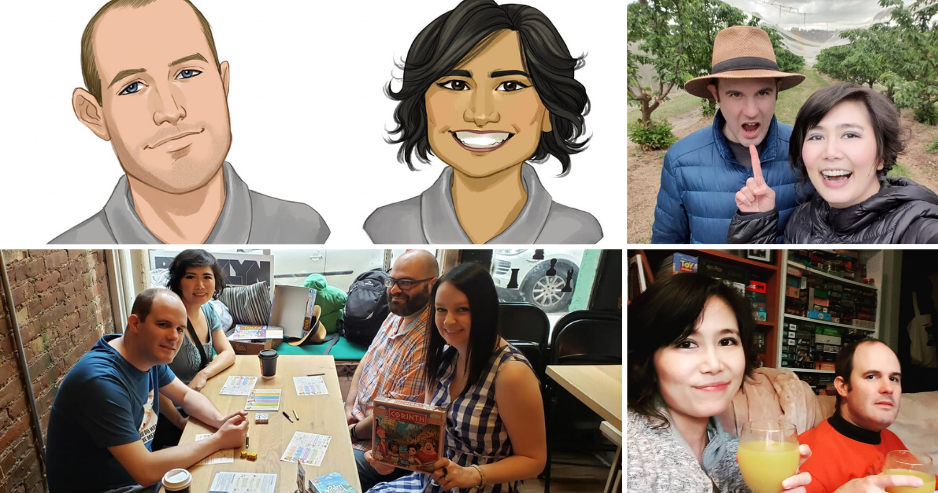 What started the board game obsession for you?

S: I played Snakes and Ladders and light board games when I was little, but at a friend’s birthday party Red Dragon Inn was played, I enjoyed it, and a few months later after my travel to USA, I needed something to do. Planning the trip took awhile, now that I didn’t have that to do, I started going to local board game meetups.

T: I had played board games when I was growing up. My parents always used to play, it was part of their social life through their 20s and 30s, and so we always had games growing up. Used to play a lot of Hero Quest and Talisman through to my mid teens. Through high school and university, I really only played card games. When I was about 30, I was introduced to Catan and some other modern board games through a friend group at work, which rekindled what I had enjoyed through my youth. I then started attending meet-ups initially as a way to socialise and meet people. Stella had a much larger collection than me at the time, but it was definitely a hobby I enjoyed and it was easy from there to get more heavily into it than I imagined I would.

How did you first become involved in making board game content?

S: We love board games, but after a while especially for me, I’d forget the rules. I am a visual person so if I can, I’d love to watch a video rather than reading the rulebook. Tarrant here probably prefers rulebooks. So I thought we would make board game video so that later when we forget the rules, we could just watch our videos! Tarrant didn’t want to at first, but finally agreed. And the rest is history!

T: It was a good hobby we could work on together as well.

Do your family play board games? Have you tried sucking them into the hobby with any success?

S: My family is overseas, and I have not got the power to get them into board games. I don’t think they will or have the time to, but I am hoping the next time I meet my 11yo niece, I’ll get her to play board games with me. Well, she already said yes.

T: My brother joins us for game nights, and picks up the modern games well. My parents don’t actively play any more, but will still partake in some lighter games when we bring games over for holidays.

Are there any games that are near and dear to your heart (I don't like the word "favourite", because I love so many games for so many different reasons!)?

S: Haha yes, so many favorites, you got that right! Valley of the Kings is one, as that’s the first game I played with Tarrant, and the reason I met Tarrant. Red Dragon is the other, that’s the one game that gets me into this wonderful hobby.

T: Valley of the Kings of course. I have a soft spot for Vinhos; it was eye-openingly heavy, enjoyable and aesthetic all at once early in my modern gaming career. 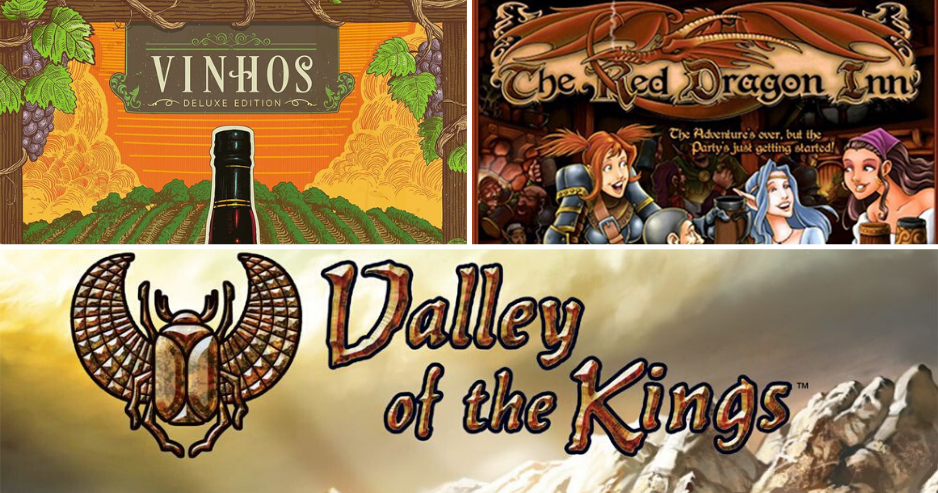 You're fairly active in the Australian board game community - is there anything upcoming that you've seen we should be keeping an eye out for?

S: I would like to be involved more. I feel like I haven’t done enough of that because most of our viewers are from the US. I want more Aussies to play board games and get into more board games. Maybe do board game meetups or some board game events in my city or country.

T: Thinking more specifically about upcoming games in the market, Drift is the upcoming Australian product which excites me most. It’s a car racing game which turns that whole genre on its head in the way it adapts a wargame style ruler-and-distance mechanic and turns it into a very playable racing game.

On a more negative note, I think we need to keep an eye out for how the meet-up community rebounds from the pandemic lockdowns. We’ve already lost or seen downsizes in a couple of meet-ups recently in Melbourne, and this lockdown isn’t going to help that. Meet-ups thrive on a good mix of regulars who are always there, burgeoning gamers who go for a while until they meet a group they can game privately with; and dabblers – and a crisis like this could really hurt that balance. It’s likely to take some community effort to get back to where we were. 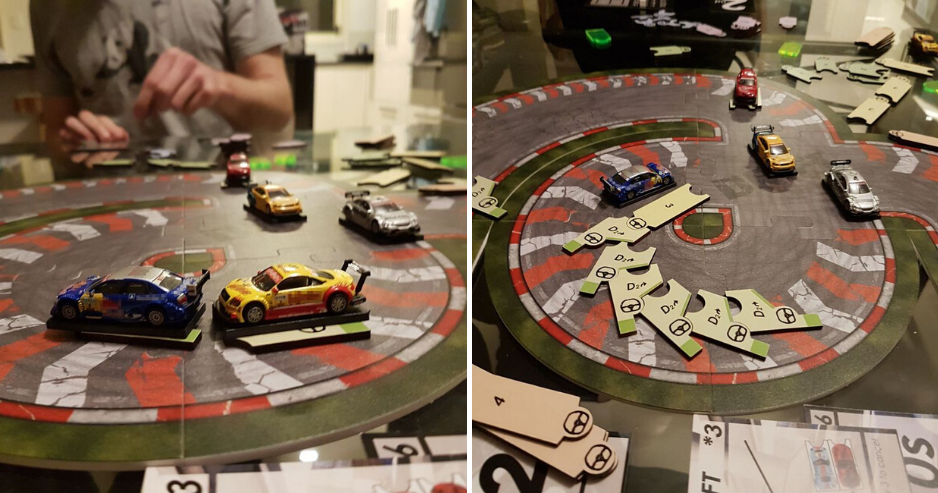 Stella, you recently joined us on Tabletopia for a live playthrough of Traintopia with Board & Dice - what’s been your experience with social distance gaming over the past few months?

S: Starting to get used to it, but I do boardgames to play with friends, catch up, and talk to them. Tabletopia has been the closest best one - it allows me to be also electronically tactile with the pieces, and voice chat via Discord or Skype. Recently we just started doing our Kickstarter preview videos on Tabletopia, because of the current global limitation. Would like to explore more of those if possible.

T: I echo that. The electro-tactile set-up has a nice familiarity. I will admit though that I’m not always keen to stay on the mouse and keyboard for another few hours after a day of working from home; that’s the biggest barrier for me.

It’s a weird time for cons right now, but when con season is in action, what are your favourites to attend and why?

S: It’s usually me that goes to board game conventions! Tarrant has full time job and leaves the socialising at the cons for me. I love Essen Spiel, Origins. GenCon is not bad but so busy! I also like Pax Unplugged. I need to go more, but USA and Germany are a bit away from Australia, so I probably need to limit myself (although I really like going). I would like to go to one of The Dice Tower cons, considering we are one of their contributors too.

T: I’ve only attended CanCon, Pax Australia, and Origins. I do really enjoy CanCon for its social gameplay environment. And Origins as a first international convention was a nice chill one for me with a mix of playing, demoing and meeting.

Is there anything you’d like to see in gaming right now that isn’t being done?

S: You can watch our vlog ;) We do talk about board games and anything surrounding that topic!

Hmm this one is impossible to achieve, but I’d love to have all board games come in some standard size boxes, so everything will be easy to shelf. Just saying out loud. We have a lot of board games and space has started to become an issue. Also would love to have games to just fit in the box, maybe not as tight as Splotter games, but close lol.

I would like to have a big board game convention in Australia, preferably Melbourne. I feel like PAX Australia is still mostly for video games, although the board game part is growing - hopefully it gets way bigger soon!

Tell me about another tabletop content creator whose stuff you’re enjoying right now!

S&T:  I like a few. Ella Loves Boardgames, Gaming Rules, Watch it Played, Jambalaya Games, The Dice Tower (yes, even the people in it that aren't us!), Three Minute Board Games... I feel like I forget a few of them here!

S: I have a lot of hobbies, less now because of board games. I like playing Xbox, Jackbox Party (I managed to avoid Animal Crossing otherwise I won’t do anything else in my life), watching some TV series - almost all super heroes/fantasy/sci fi tv shows I like. Hey when is Star Trek is coming next, this season break feels so long! I like hiphop dancing, that’s what I’ve been doing before board gaming and broke my leg (it’s okay now).

T: I keep active on Wikipedia when I can – I’m a glutton for knowledge, and doing it keeps my written English sharp in a way that my job and gaming can’t. And if it hadn’t been cancelled I’d be preparing to enjoy the Eurovision Song Contest this week.

S: Such nice song, I really love it too!

Every week, you post in the Board Game Reviewers & Media Facebook group the same hopeful question, so now it’s my turn to ask you: What is YOUR win for the week?

S&T: Haha, yes just helping the moderators, being one that’s try to encourage people to do think positive thing in their life, hopefully makes a difference! I (Stella) do post my win as well there. But if you ask me right now, I’d say honestly, being able to do board game preview videos using Tabletopia opens up more opportunity for us as channel, and we just published our first two board game preview videos using Tabletopia for “Victim: the Cursed Forest” - very excited about it, definitely a win for us!

And finally, where can we see your work and follow you? 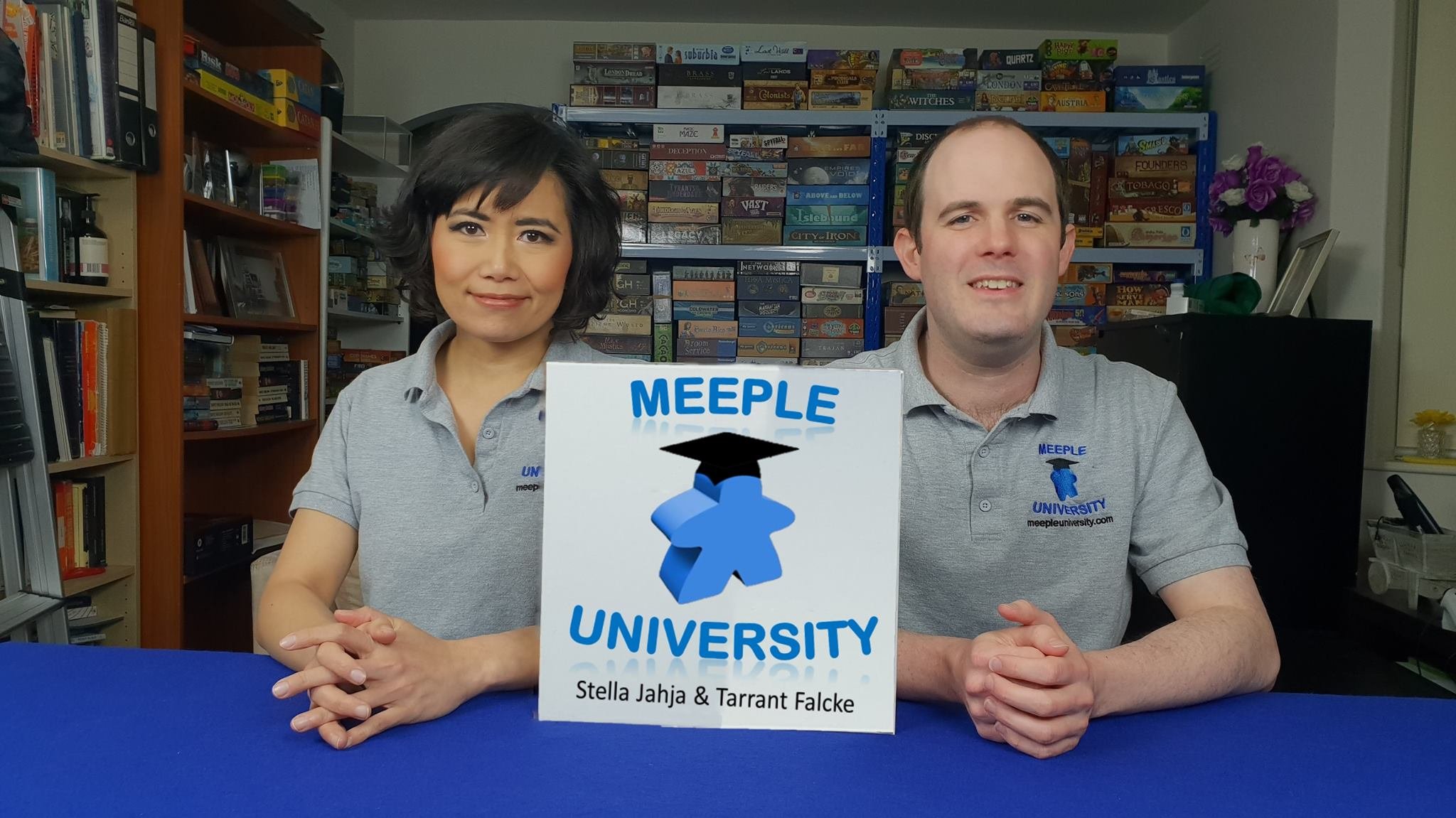