The classic Bavarian trick-taker gets a face-lift 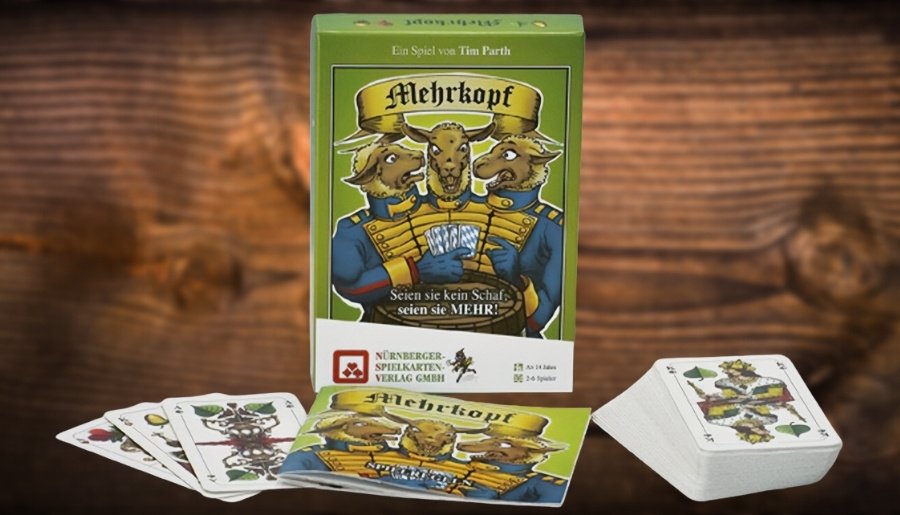 Mehrkopf is a tactical card game based on the classic Schafkopf.

Schafkopf is played mainly in Bavaria, where it is regarded a piece of cultural heritage and part of the Bavarian way of life. Even today, Schafkopf is frequently played in pubs or beer gardens or at official Schafkopf competitions. Traditionally, Schafkopf is played in groups of four players. And this is often where trouble starts: What if Sepp just this once won’t stay outdoors with his sheep, but wants to join the game? According to the official rulebook, it is possible to play Schafkopf in groups of six: The dealer will have to miss one turn. Mehrkopf was designed to address this problem. 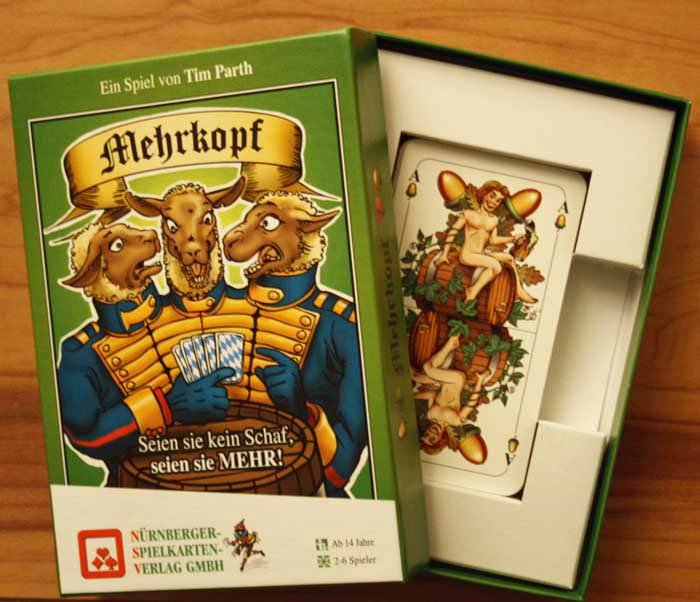 What makes Mehrkopf (and the traditional Schafkopf) such a fascinating game is the many tactical possibilities and the cooperative play within the two teams. Very often, it emerges only in the course of the game to which team each player belongs - and who plays with whom!