My Deck Is Only Of Trap Cards 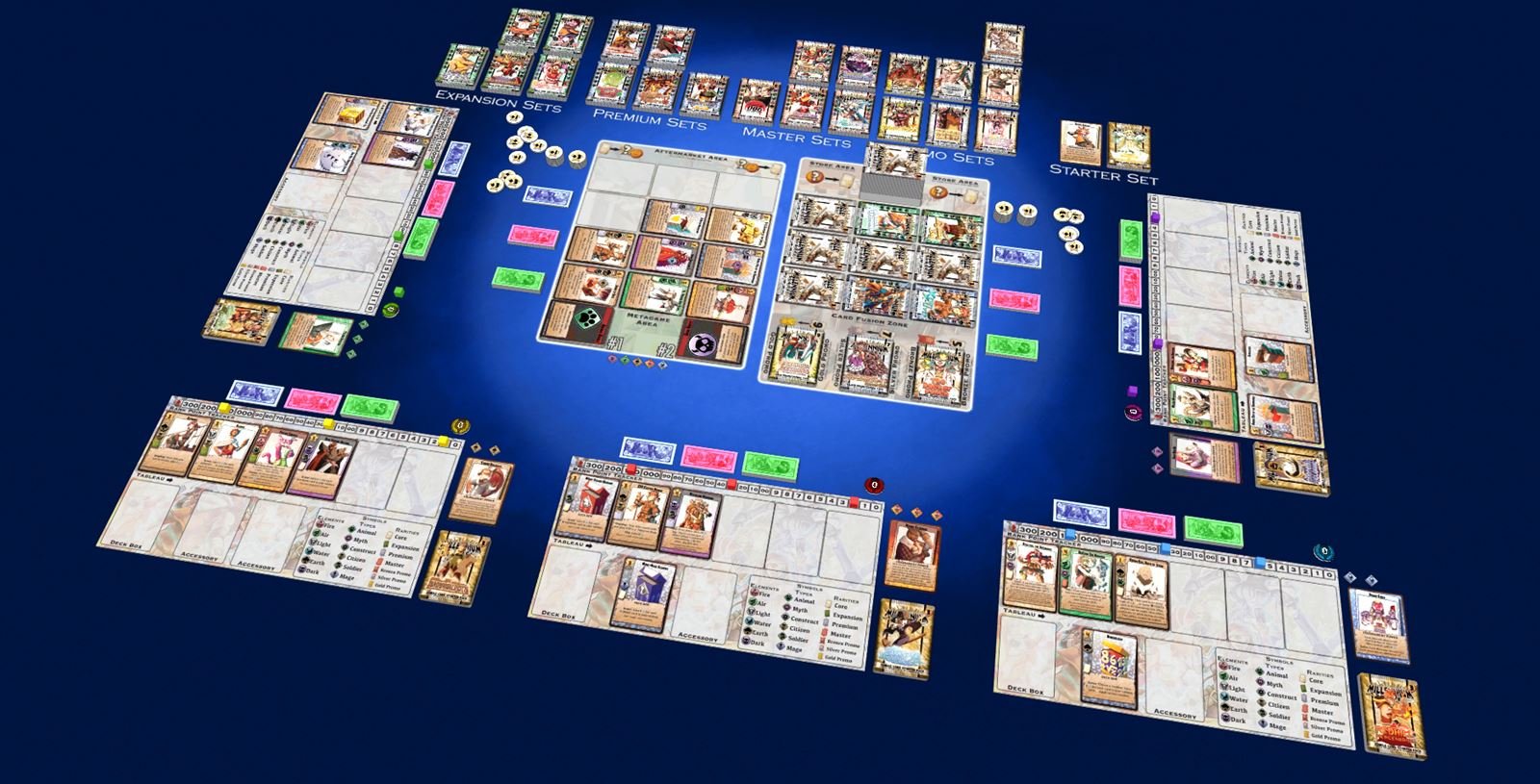 Build decks, play the meta, crack boosters and compete in tournaments in the world of Millennium Blades - a CCG-simulator game by Level 99 Games. 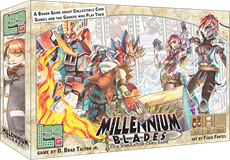 In Millennium Blades you play as a group of friends who play the fictional CCG. The game takes you from Starter Deck to Regionals in about 2-3 hours. Multiple games can also be chained together to form a Campaign, going from Regionals to Nationals in game 2 and from Nationals to Worlds in game 3, with each game introducing ever more powerful cards and higher stakes, but also resetting the power of the game so that each player has a fair chance to win each 'season' of the campaign. At its heart, it’s a commodity trading game, except that instead of cubes or stocks, the things you’ll be buying, selling, and speculating on are trading cards that can be used throughout the game in periodic tournaments. By trading wisely, playing the market, working together with friends, building collections, and winning tournaments, you’ll secure points and become the Millennium Blades World Champion.