Moa by Martin Wallace is now on Tabletopia! 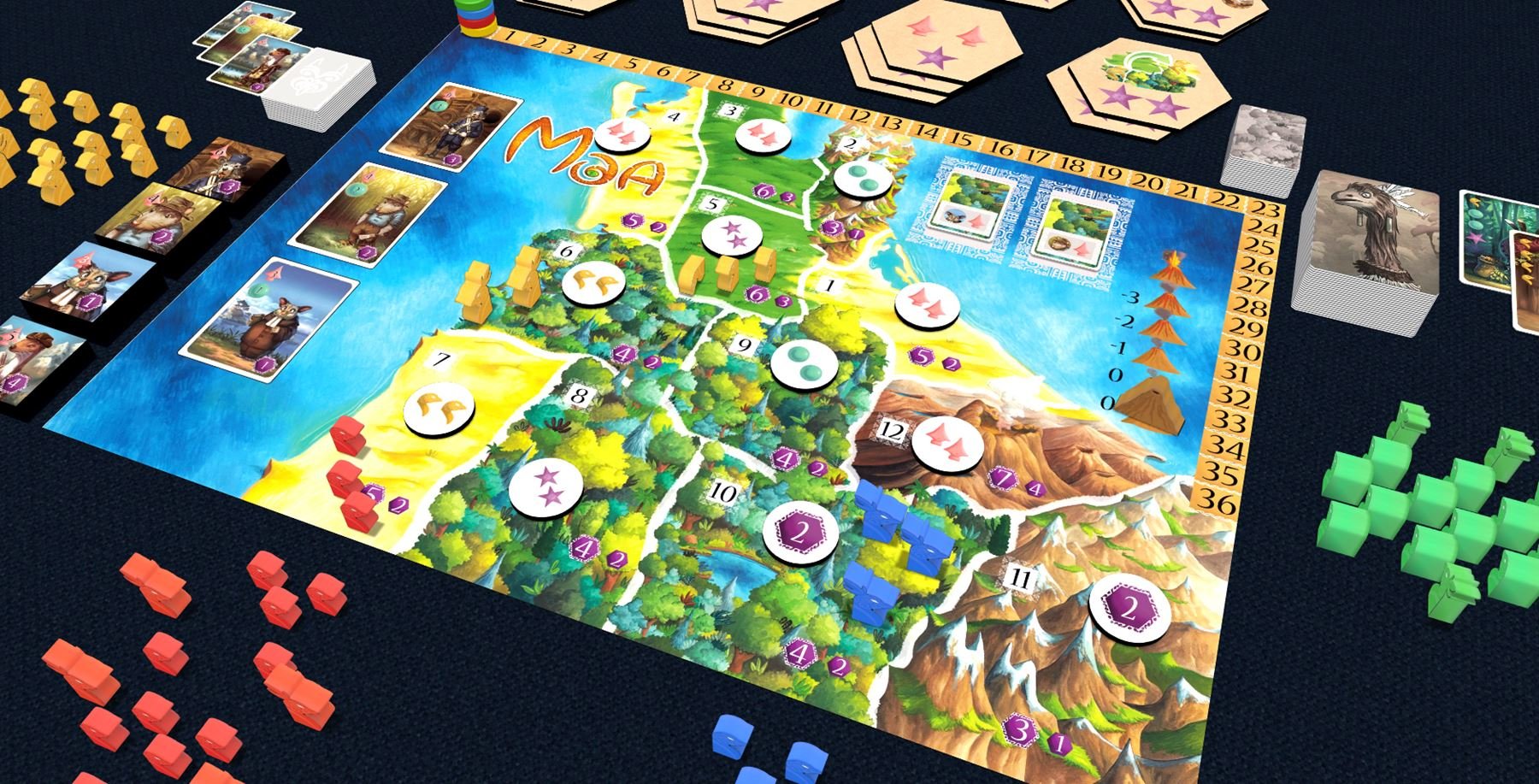 Your homeland is under attack and only you can fend off the invaders! Terrible beasts, among them dogs, possums, rats and weasels, invade your country and it's you, the brave birds, who will need to defend it.

Moa is a new game by the acclaimed author Martin Wallace (Brass: Birmigham) and is now on Kickstarter with only 5 days left.

Moa is a strategy area control game where you control tribes of birds in New Zealand.

As noble birds with human traits, you will be competing with your fellow players for control of the regions while staving off the advances of the intruding mammals.

Moa is a fantasy interpretation of the clash between the original inhabitants of New Zealand and the wave of settlers from over the seas.