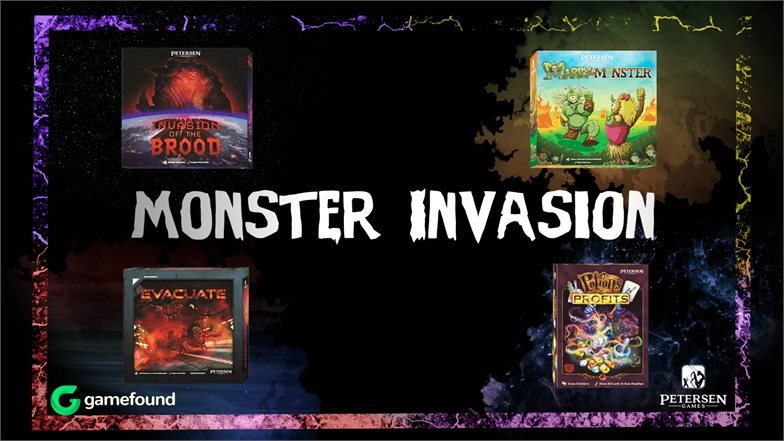 Petersen Games (Cthulhu Wars: Duel) brings you FOUR new games, each with wildly different gameplay, each by different game designers, each a terrifying addition to any game collection.

Play all these games now on Tabletopia! 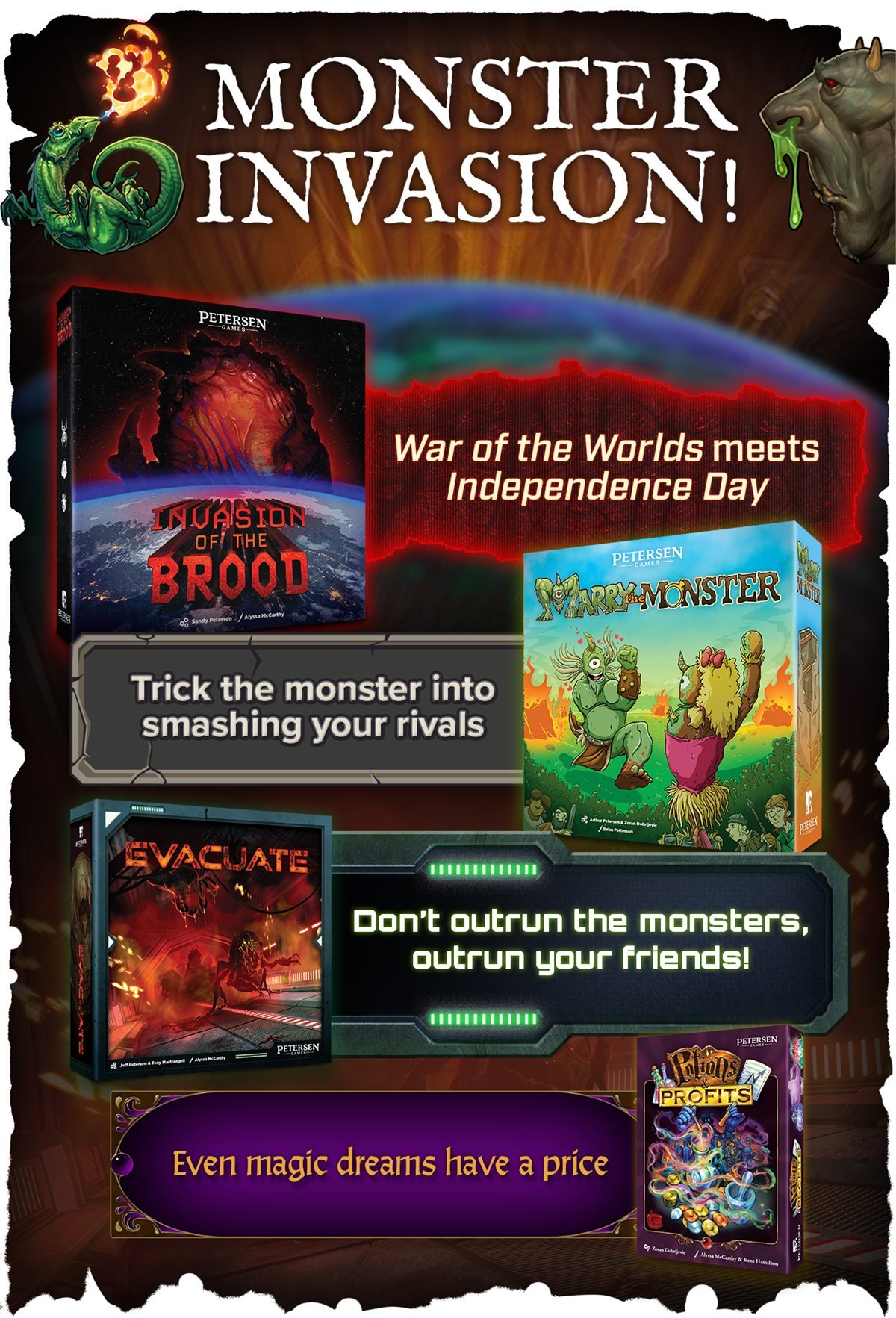 Invasion of the Brood

Invasion of the Brood is a two-player strategy game, in which the two sides have greatly different strategies, abilities, and even turn structures. Will humanity pull together to stop this alien invasion, or will the sinister Broodmaster take over the world? You decide!

As the human player, you must alert humanity to the threat, and rally armies, navies, and air forces against the alien menace.

As the Broodmaster player, you must subvert the Earth, using your mind control to gradually take control of Earth’s most vital defenses.

It’s too late! The Nomia plague has spread throughout the space station. The last Evacuation Transport beacon has been activated. There is only one escape transport left and you must lead your people from a shelter to claim it before the others get there first.

You don’t want to rush because you don’t know what is around the next corner, but you also don’t want to be at the back because the slowest always seem to get picked off. The only safe spot is in the middle of the survivors. Evacuate is a community deck-building game where players use social deduction to outwit the other players and reach the Evacuation Transport with the most Survivors.

In Potions and Profits, you are a Wizard representing one of many pharmaceutical corporations looking for new Potions to invest in. Competing Wizards will try to outbid you for Potions as you balance both your Stock Value and your Public Relations.

The most profitable Potions tend to be the least ethical but that doesn’t matter so long as your investors are happy and not too many protesters are kicking down your door.

Become the most profitable corporation you can by either monopolizing one type of Potion or by simply having the best pharmaceutical line around. It’s just business, magical or otherwise.

You are a duke trying to build up your lands where the monstrous fachan is rampaging. But he is just lonely. Your cunning plan is to make a false bride for him just behind your rivals’ buildings. The love-struck monster will crash through the other dukes’ lands, destroying them, while you continue to build up yours!

Marry the Monster is a game for 3 to 5 players in which each player scores points by building structures and having them remain until your next turn without being destroyed by the monster. Turns are taken by playing cards, and there is no upkeep phase – play simply continues until there is a winner.