Glory of the Fierce Ones

Send hunters to distant Slavic lands, fight monsters, defy dark and terrible gods and compete with others for the most Glory in Monster Slayers of Slawia, new fast-paced, cutthroat card game game by Into the Unknown. 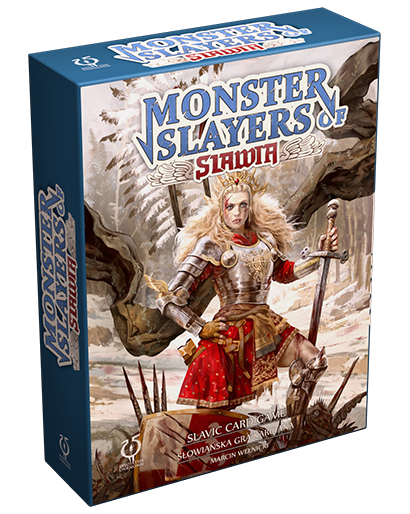 Monster Slayers of Slawia is a language independent card game, mixing strong competitive elements with a touch of innovative opportunistic coop for maximum fun! Easy to learn rules let you play the game straight out of the box, while the abundance of abilities and interactions make it hard to master even after dozens of play sessions!