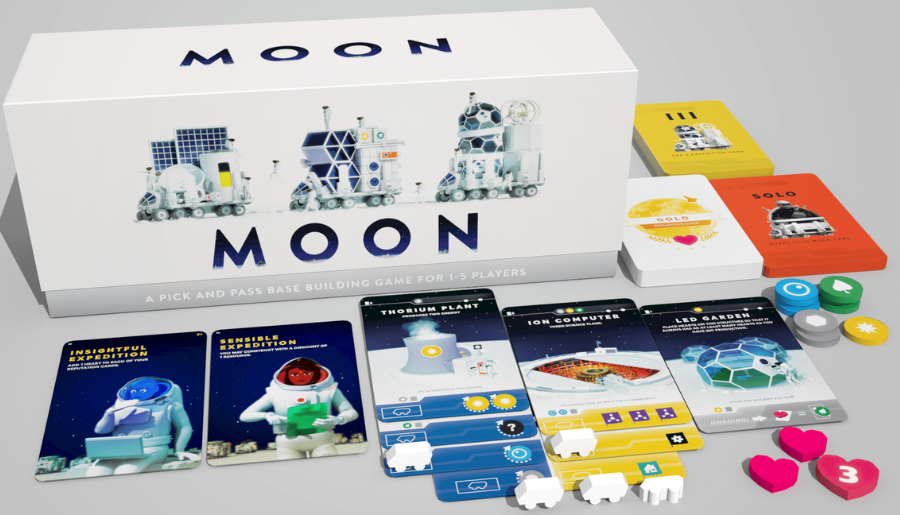 Moon depicts an almost plausible rush to construct lunar bases that are attractive places to live and work for the people of Earth. The most prestigious base will become the new lunar capital!

The game employs the familiar "pick & pass" or "hand drafting" mechanism for players to select a new structure card to add to their base. Each hand of cards represents a convoy of experts and equipment travelling between the players' outposts, giving the player the choice of one new construction each turn. In a new twist on the genre, each hand always contains one of a number of "Expedition" cards that grant a special free action every turn before passing on to the next player.

Wooden lunar rover tokens are a neutral resource that add a worker placement element to the game. They are also used to break ties and must be used with care. 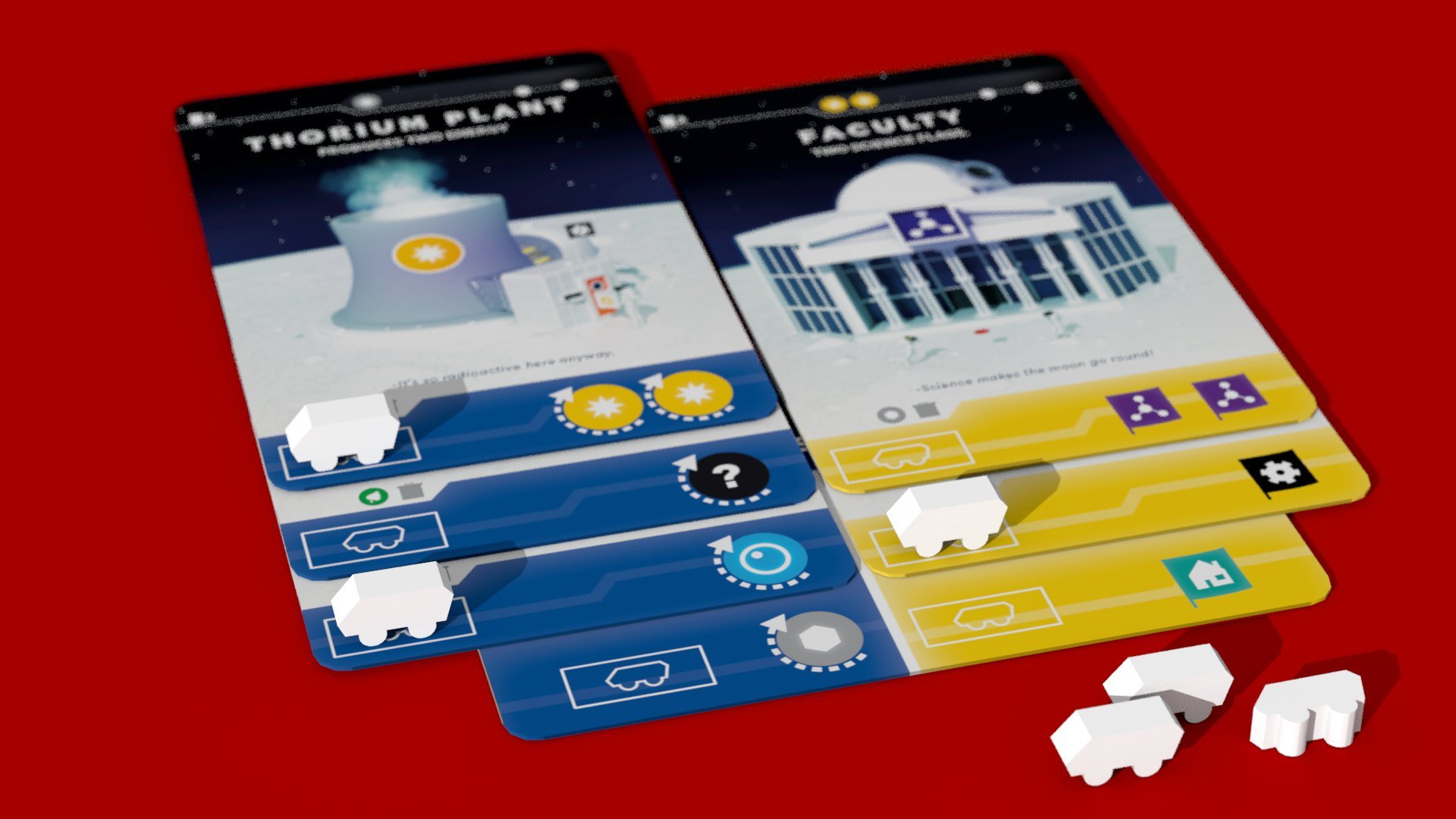 Over the three distinct eras of the game, players compete for majority in 5 aspects of their bases: housing, transportation, science, industry, and food production. At the end of each era, the leader in each area, as determined by flag icons on their constructed buildings, collects bonus victory points.

Each game also features a number of randomly selected "Reputation" cards which provide one-time or ongoing bonuses for the player who meets the requirement and claims the card. 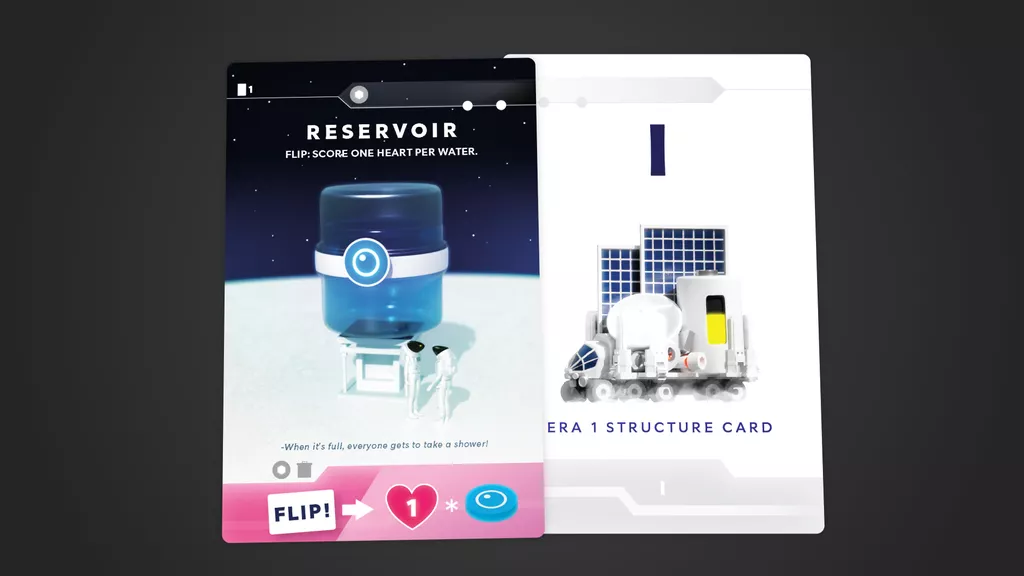 Moon is the third game of a loose trilogy, preceded by Villagers and Streets. 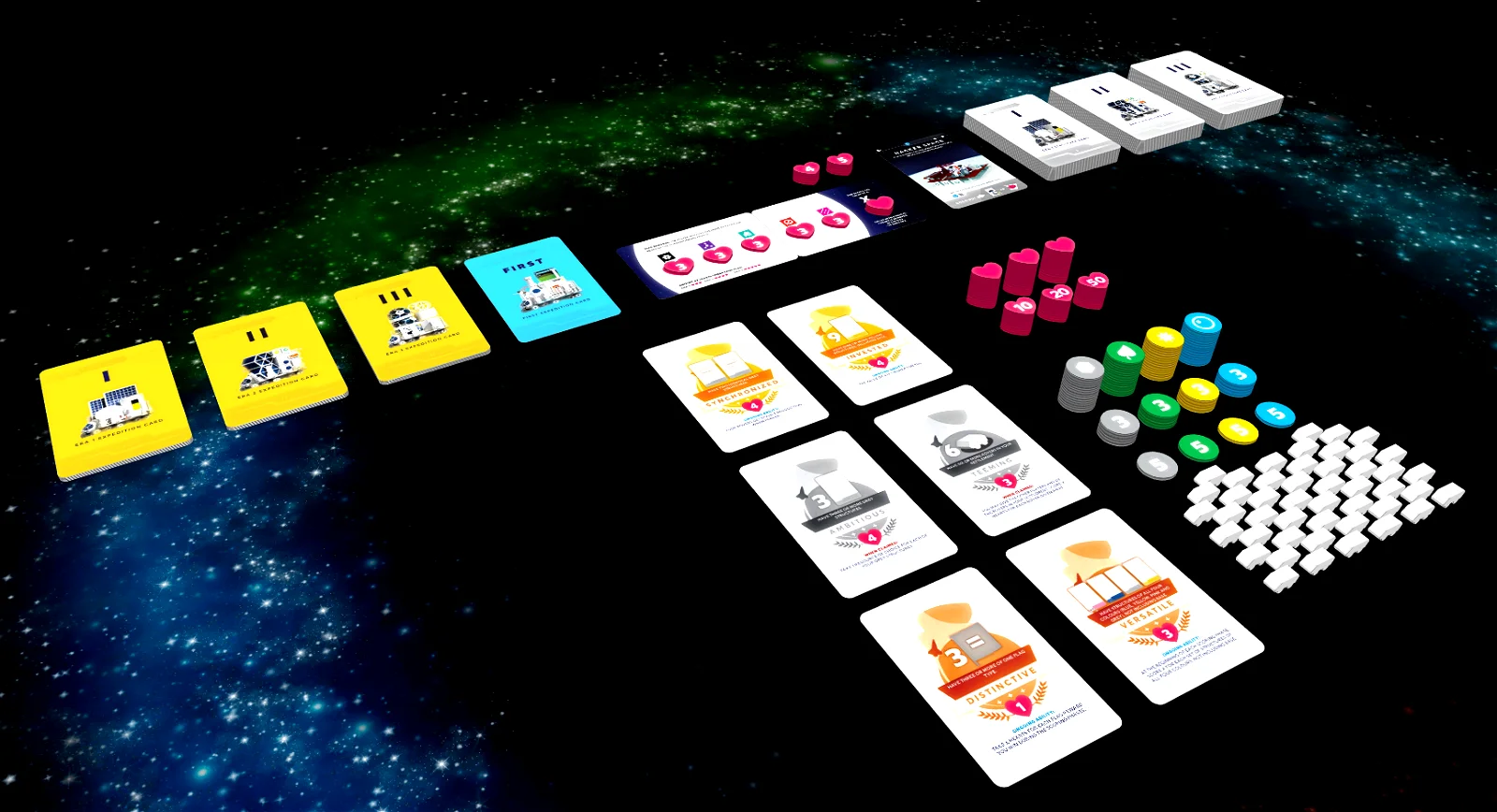 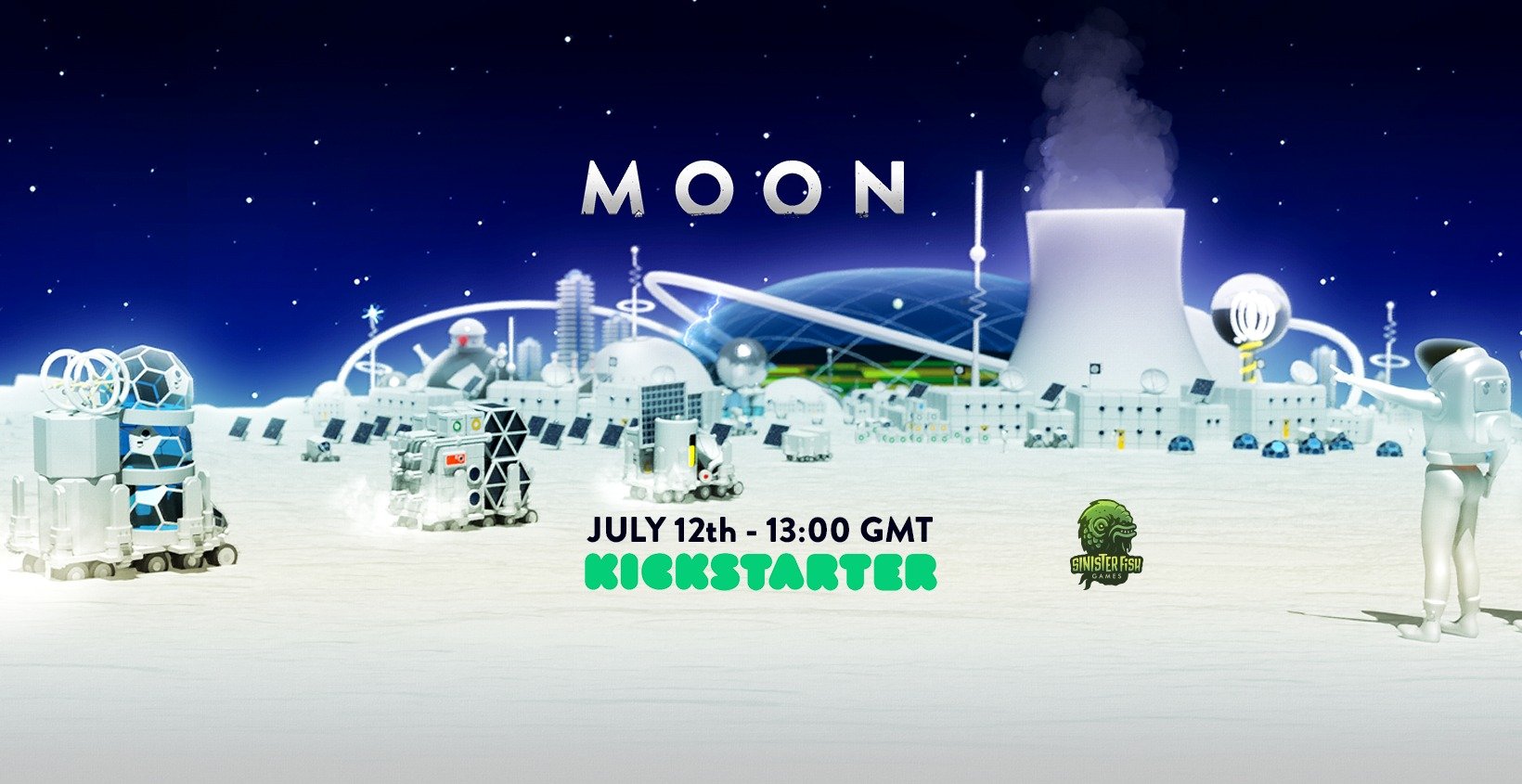