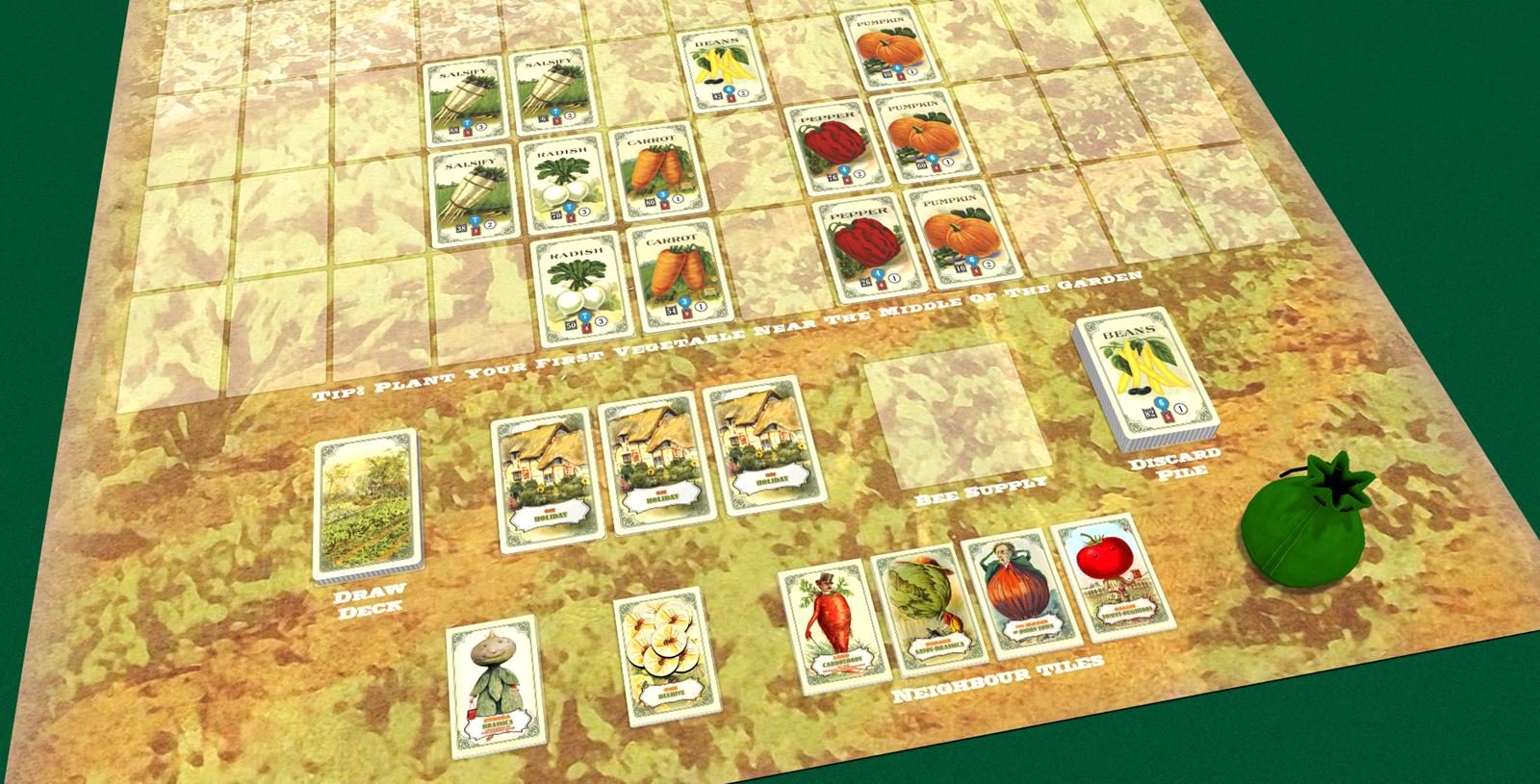 Can Mr. Cabbagehead succeed with his garden dreams and finally win the blue ribbon of the Garden Club contest? Probably not until he can keep his tiresome neighbors away from Mr. Cabbagehead's Garden - in this charmingly eccentric card game about anthropomorphic vegetables by LudiCreations. 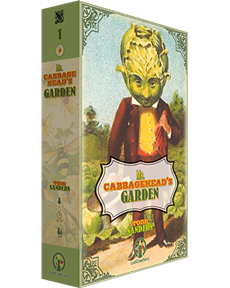 In Mr. Cabbagehead's Garden, Vegetable cards are drafted and placed in the garden plot, a grid of six cards by three cards. Depending on which cards are selected, one of the tedious neighbours may interfere with the garden in a variety of ways. Players must be careful in their choice of Vegetable to plant, its position in the garden, and in maintaining their supply of invaluable bees, which give Mr. Cabbagehead more flexibility in planting. Once all cards have been drawn the game is over and the Garden Club committee visits to evaluate Mr. Cabbagehead's Garden. The number and position of Vegetables matter and players must be creative in developing a garden that is both pleasing to the eye and plentiful in Vegetables.