Mix and match different genetic traits to create the ultimate warriors and demonstrate their prowess on the arena in Mutants, new deck-building game by Lucky Duck Games. 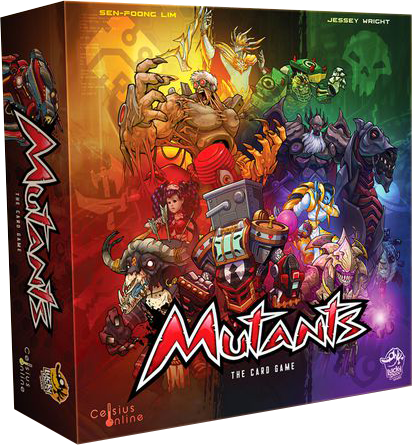 In Mutants, players gain prestige by dominating the arena with powerful mutants — and whoever collects the most prestige wins. In each round, players take turns until all players have used every card in their hand. At the end of the round, the player whose token is closest to the top space of the arena track scores prestige based on the round track. The game proceeds in this way for five rounds, after which players reveal their archives and gain additional prestige based on the freeze value of the mutants they have placed there.

Support the release of the game by pledging to its currently ongoing Kickstarter!