Guide your sherpas to victory by scaling mountains, trading and raising camps. 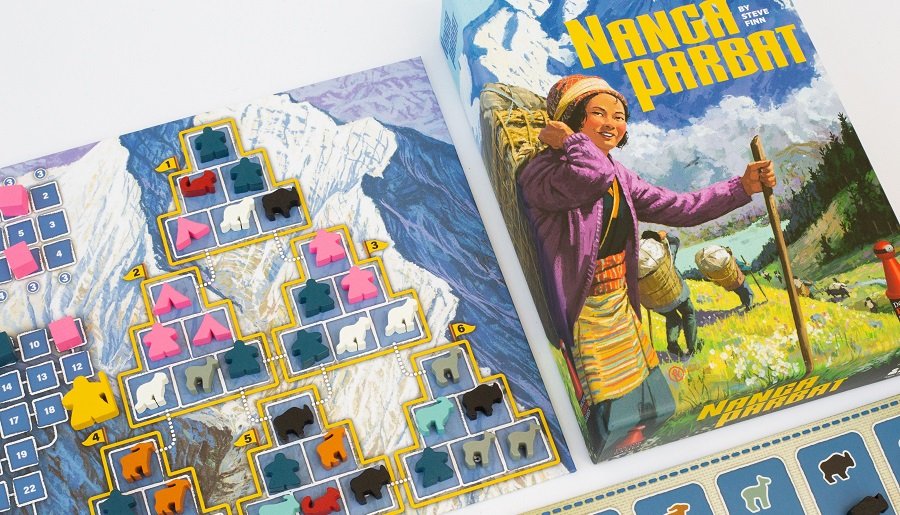 The Sherpa people are known for their exquisite mountaineering skills and often use that knowledge to be effective guides to explorers on mountaineering expeditions. In Nanga Parbat, you are a member of the Sherpa community that is establishing base camps on Nanga Parbat for foreign explorers. While there, you will also trap animals for food and clothing.

In this two-player game, players take turns placing hikers on the mountain where they can capture animals and build base camps. Five times during the game, a player may either trade in their animals or build a base camp for victory points.

On a turn, a player must place their hiker in the region containing the guide, who then moves based on the placement of the hiker, thereby forcing the opponent to place their hiker in a new region. However, players may spend their captured animals to perform special actions. 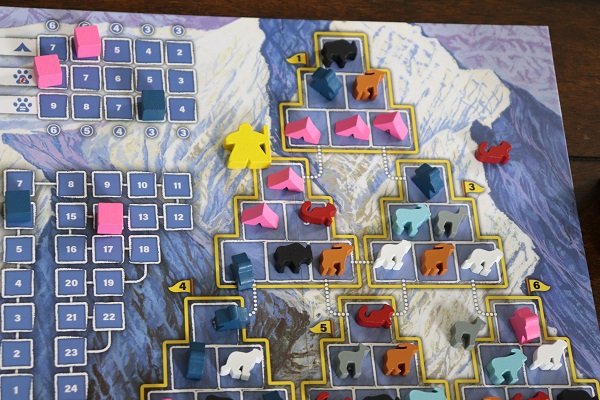 After 15 turns for each player, the game ends and the player with the most points wins. 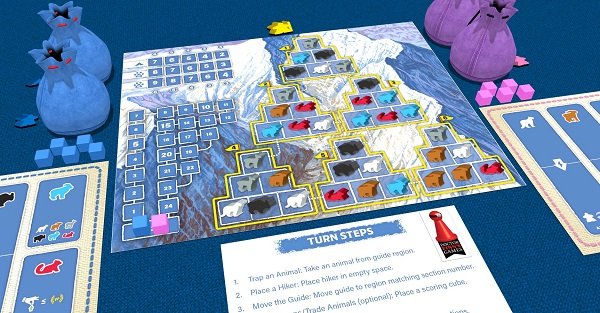