Find clues together, solve the crime, and don't get caught! 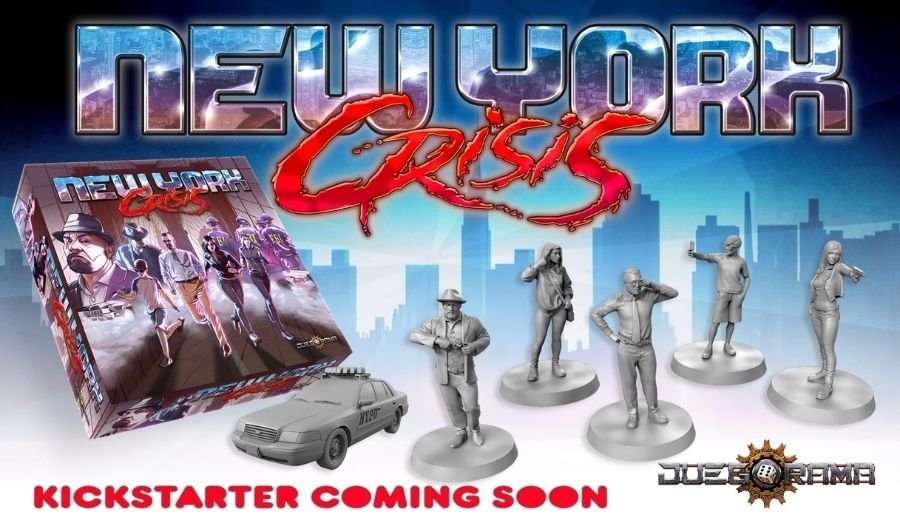 New York Crisis is a cooperative game for 1 to 4 players, the players will play as the members of the Smith family, who accidentally find themselves involved in a serious crime that took place in front of them. You will have different scenarios to play each game, where the characters will have to explore Manhattan, and collect clues to find out what happened while avoiding the mafia and police, so they can prove their innocence before it is too late.

Choose a scenario and take all the cards for that story. Reveal card 0 of the scenario and read the intro out loud. Aside from explaining the current situation, this card will tell you a) how many info tokens of each type must go in the bag, and b) on which positions of the alert track must the police cars go. Place the rest of story cards in order, face down and without looking at them, next to the story track, making sure that the arrow points at the position indicated on the
back of each story card.

GOAL:
The goal of the game is to collect enough info tokens to reveal all the story cards and overcome the final challenge before the alert track reaches the limit.
Each story has their own cards that will change some game mechanics, introduce new ones, and will also tell you what the final challenge is. At any time, if the alert track reaches its limit, the players will have until the end of the round to reach their goal, or they will lose the game.