Human Mind, and Nowhere Else... 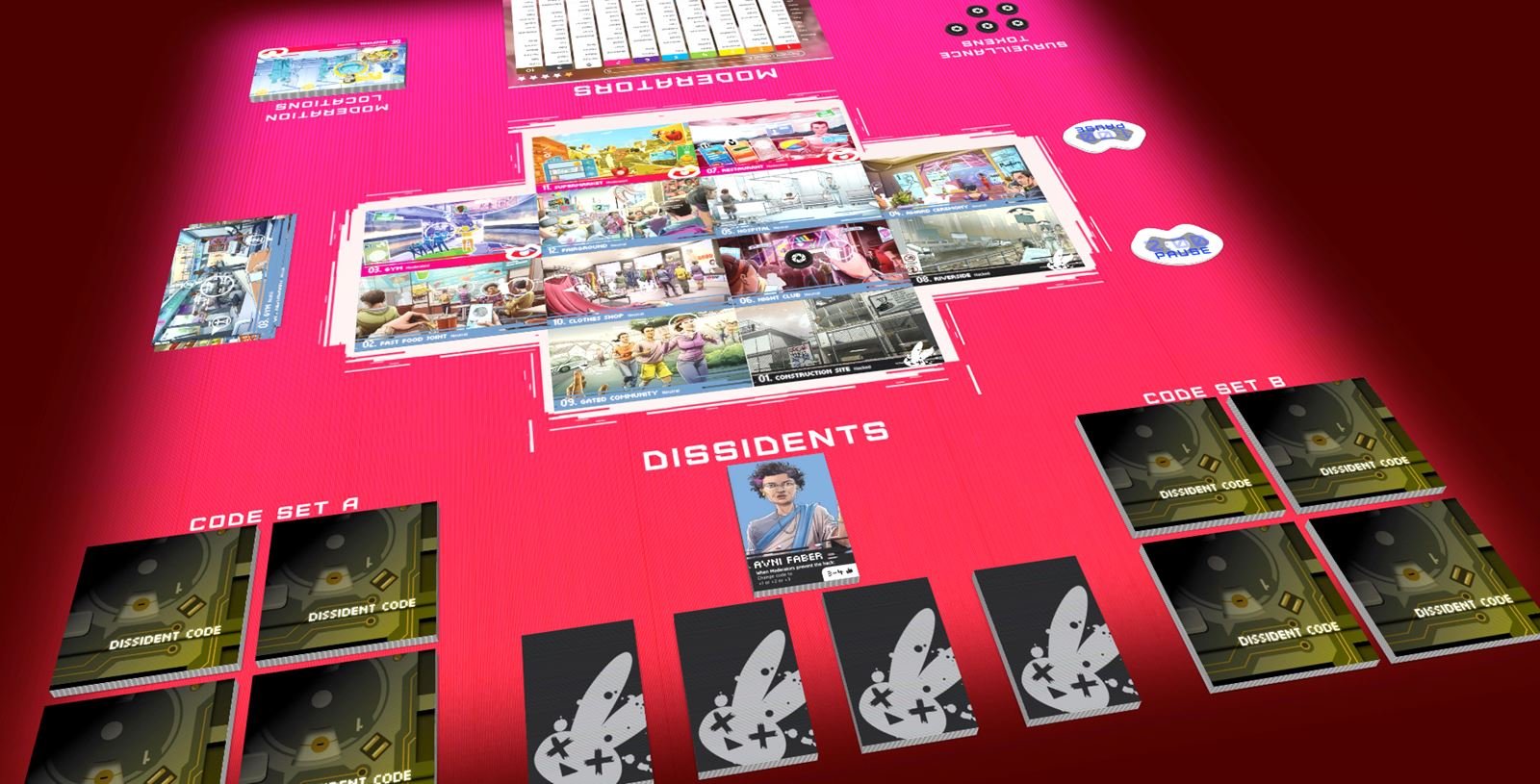 Coordinate a group of dissidents or suppress dissent in NewSpeak - a new code-breaking team game of subterfuge, set in a bleak future for 3-6 citizens.

NewSpeak is a tense game of dystopian subversion in which you take the role of either the 'dissidents' or the 'moderators' in a mind-bending battle of wits to determine the reality around you.

Dissidents utilise matching underground codes to coordinate meetings at one of the locations on the map. They then each secretly use their location dials to declare their intended meeting point.

The Mods, in a short amount of time, then have to determine where they expect the Dissidents to meet by inferring their intent from a book of every possible code set the subversives could use, and agree upon a location to direct a state raiding party.

Depending on whether the majority of Dissidents have successfully coordinated at a single location, or the Mods have caught them in an attempt at subversion will determine whether that location becomes 'hacked' or 'moderated'.

As the game progresses, moderated locations produce potential accomplices for the Dissidents to recruit, as undesirables are driven from now sanitized districts. However, as the Dissidents progress their mission to 'hack' as many locations as possible, the Moderators strike back with increasing numbers of surveillance outposts, installed to limit the Dissident's ability to move around the city undetected.

The game's Kickstarter project is currently ongoing, so take this chance to fight for future reality.