A Game of Territorial Squirrels 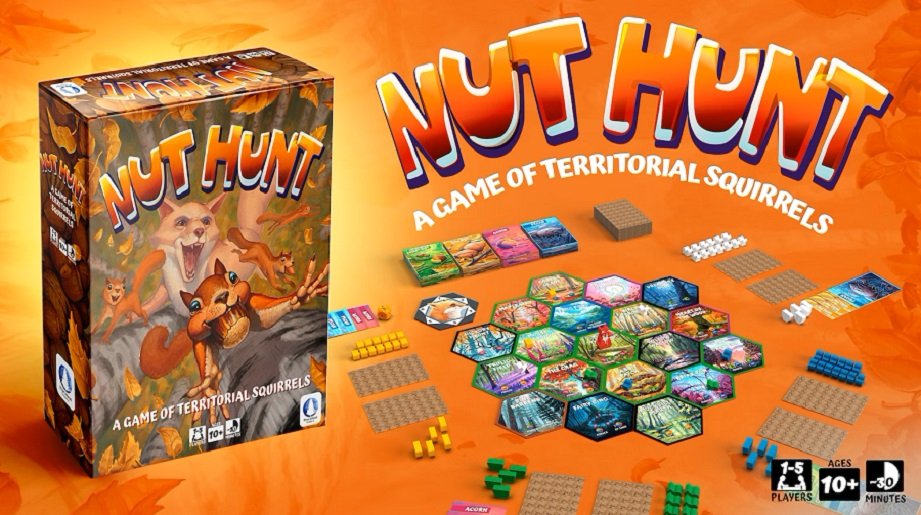 The fast-paced squirrel placement game, where 1-5 players battle for control of the forest. Forage for nuts, recruit squirrels, and hassle the fox as you expand your territory through strategy and luck.

But, even the best-laid plans of squirrels and men often go awry. Can you outsmart the fox and your competition?

In Nut Hunt, clever players use the fox to their advantage, positioning their critters to scatter onto favourable territories, or strategically hassling the fox to foil their opponents' plans.

Turns are fast-paced and intuitive with one mandatory action: Move the Fox (causing squirrel scattering, and nut foraging), followed by your choice of one optional action: Recruit a Squirrel, Hassle the Fox, or Scout an Objective. When three squirrels get together they form a nest, and the game ends when a player places their fourth nest. Points are scored based on completed objectives. Whoever has the most points win! 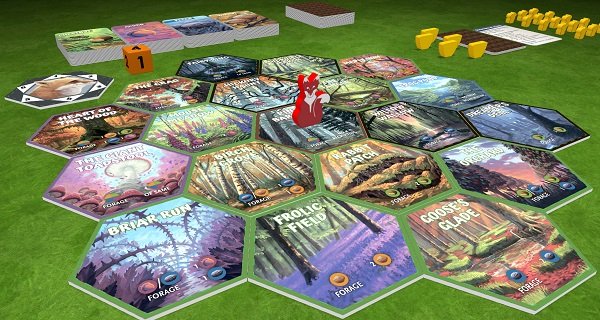