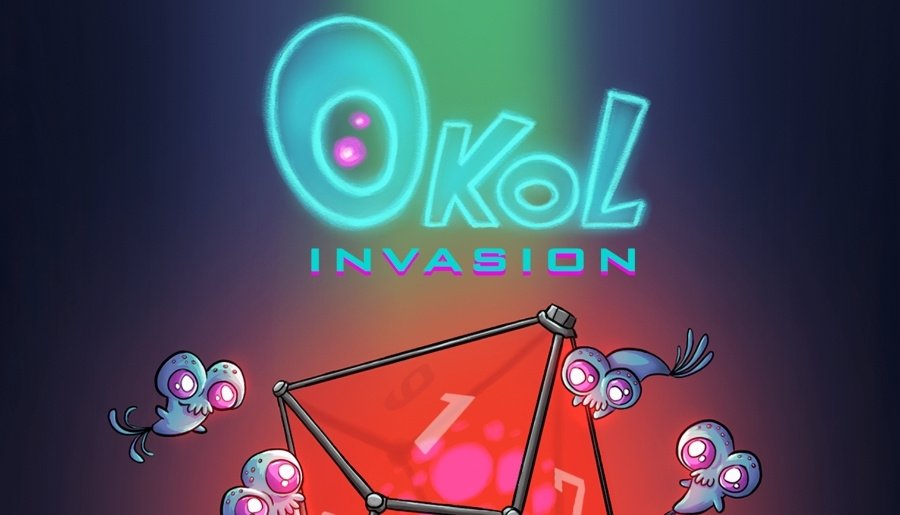 Control an army of space shrimp called "Okol" to conquer and extract energy from the planets you visit to feed the core of your queen "Redicenth".

In Okal Invasion, compete to be the player who obtains the most energy points by conquering areas and zones of the map with their troops. Each player will depend on the power given to them by the core in each turn and it will be their mission to correctly use one of the two cards in their hand to multiply their troops. 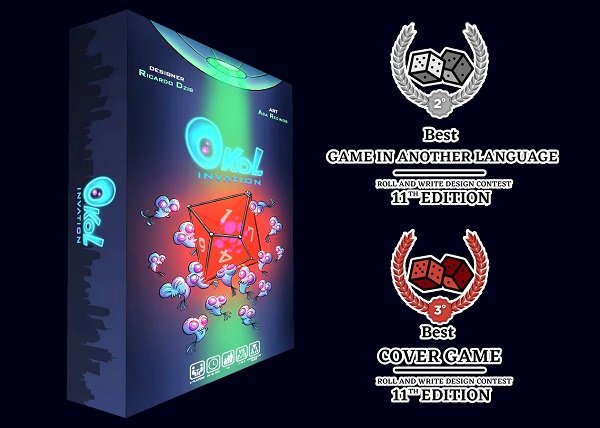 Okol combines roll & write, set collection, and a little bit of area control. It was created in a classroom with sixth grade students who wanted to improve their learning of multiplication tables and has won multiple awards in BGG's 11th roll and write game design contest. 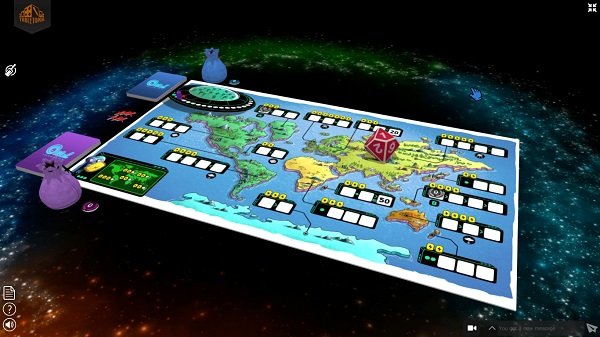