A somewhat cooperative expansion to On Mars lands 👽 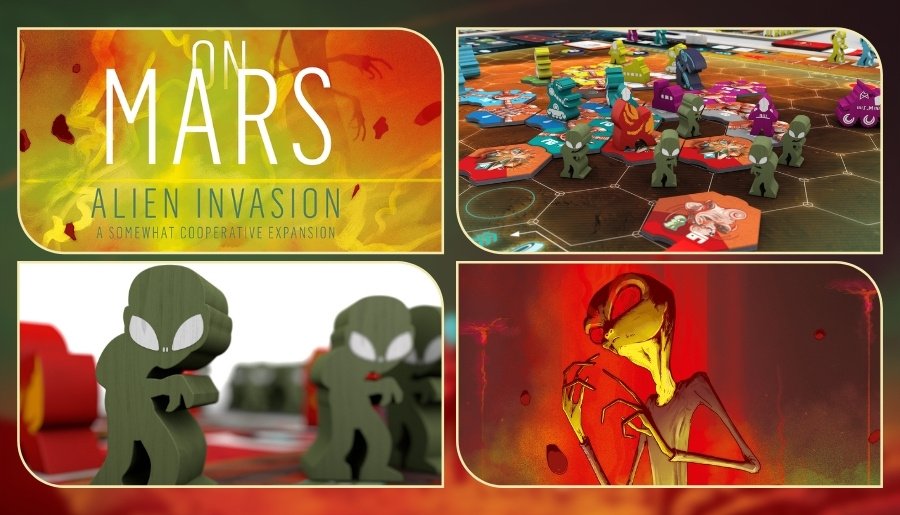 On Mars: Alien Invasion is the much-anticipated Somewhat Cooperative Expansion to Vital Lacerda’s best-selling and highly-rated On Mars base game. Though this expansion was originally going to be named Surviving Mars, Eagle-Gryphon Games made the decision to change the name to On Mars: Alien Invasion to better reflect the theme and content of this expansion. The game narrative is contained in four chapters of a story written by Nathan Morse.

Gameplay contains four new and different ways to expand upon and play the base game. You will play one versus many; completely cooperatively; and even solo if you wish, depending on the chapter. Included are four fresh and completely replayable ways to establish colonies On Mars! 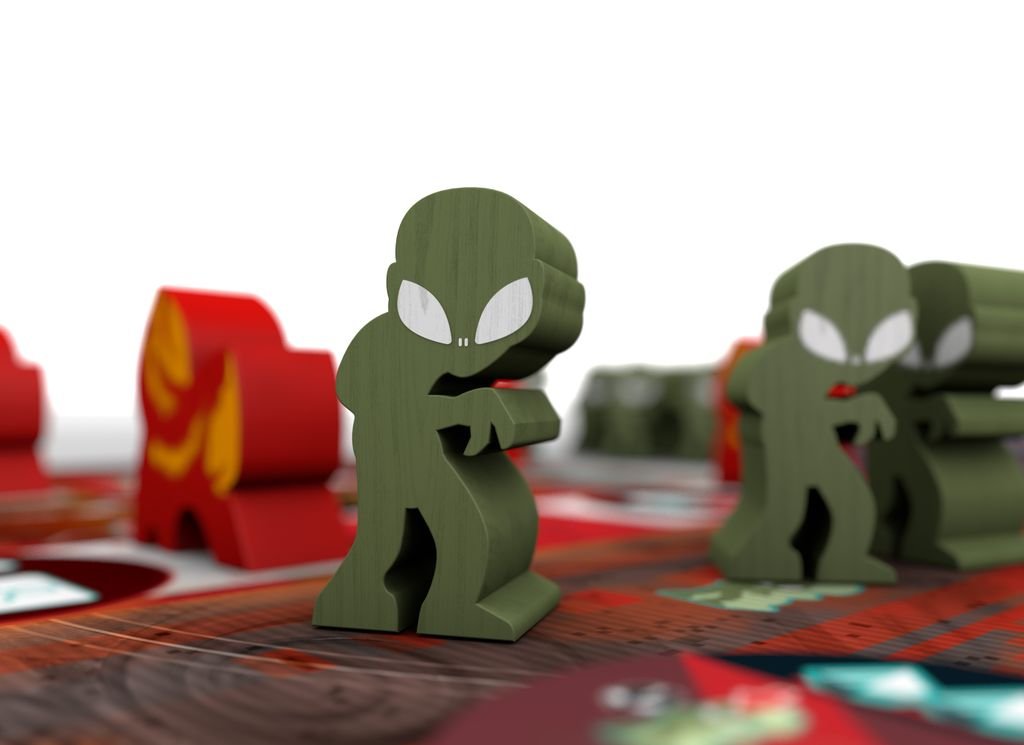 On Mars: Alien Invasion is a short story expansion to On Mars made in 4 chapters with 4 different modes of play.

The short story is called Alien Invasion and contemplates the following Chapters and modes of play: