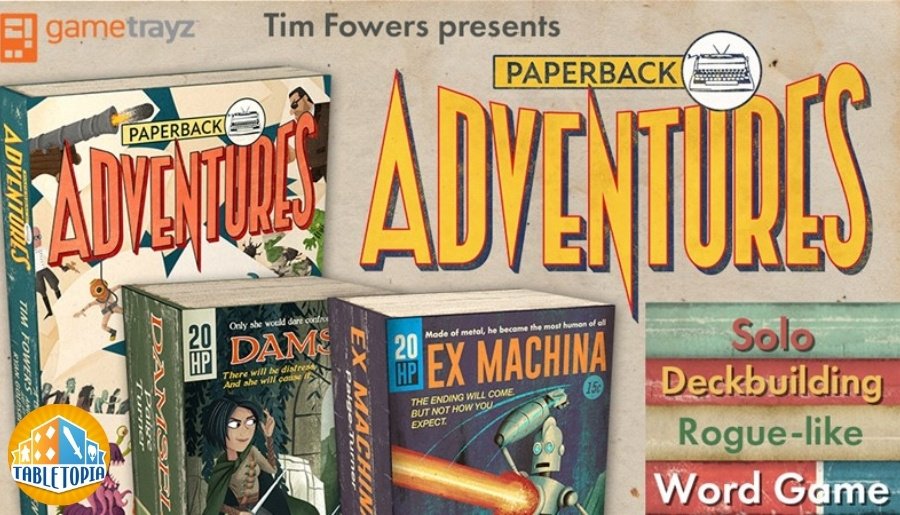 Our intrepid author Paige Turner is back! In Paperback Adventures, you get to play the protagonist in one of Paige's wild brainstorming sessions. Conquer a menagerie of pulp novel characters in this solo deckbuilding word game.

Just like in the original game Paperback (and its follow up Hardback) you will build your own deck of cards throughout the game, and those cards will have letters to help you spell words every turn.

But in Paperback Adventures, instead of testing your wordsmithing wit against other players, you will use your words to defeat a series of AI enemies in "roguelike" fashion. 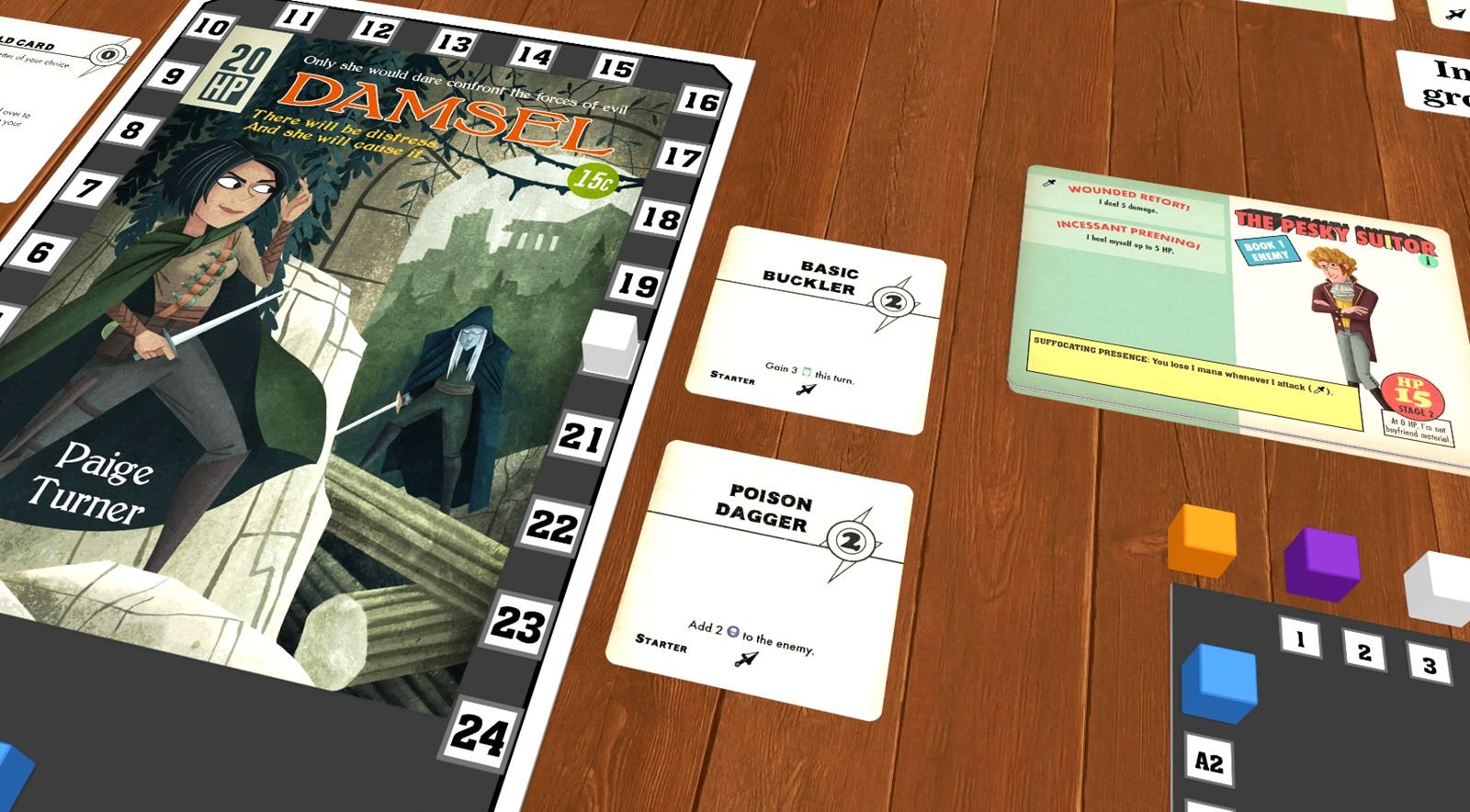 Paperback Adventures is a solo-focused game. It was designed from the ground up as a strategic, highly-replayable solo word game. There are also additional gameplay variants for cooperative play between two players. There are 3 playable characters that have different strengths and playstyles.

Play it on Tabletopia!