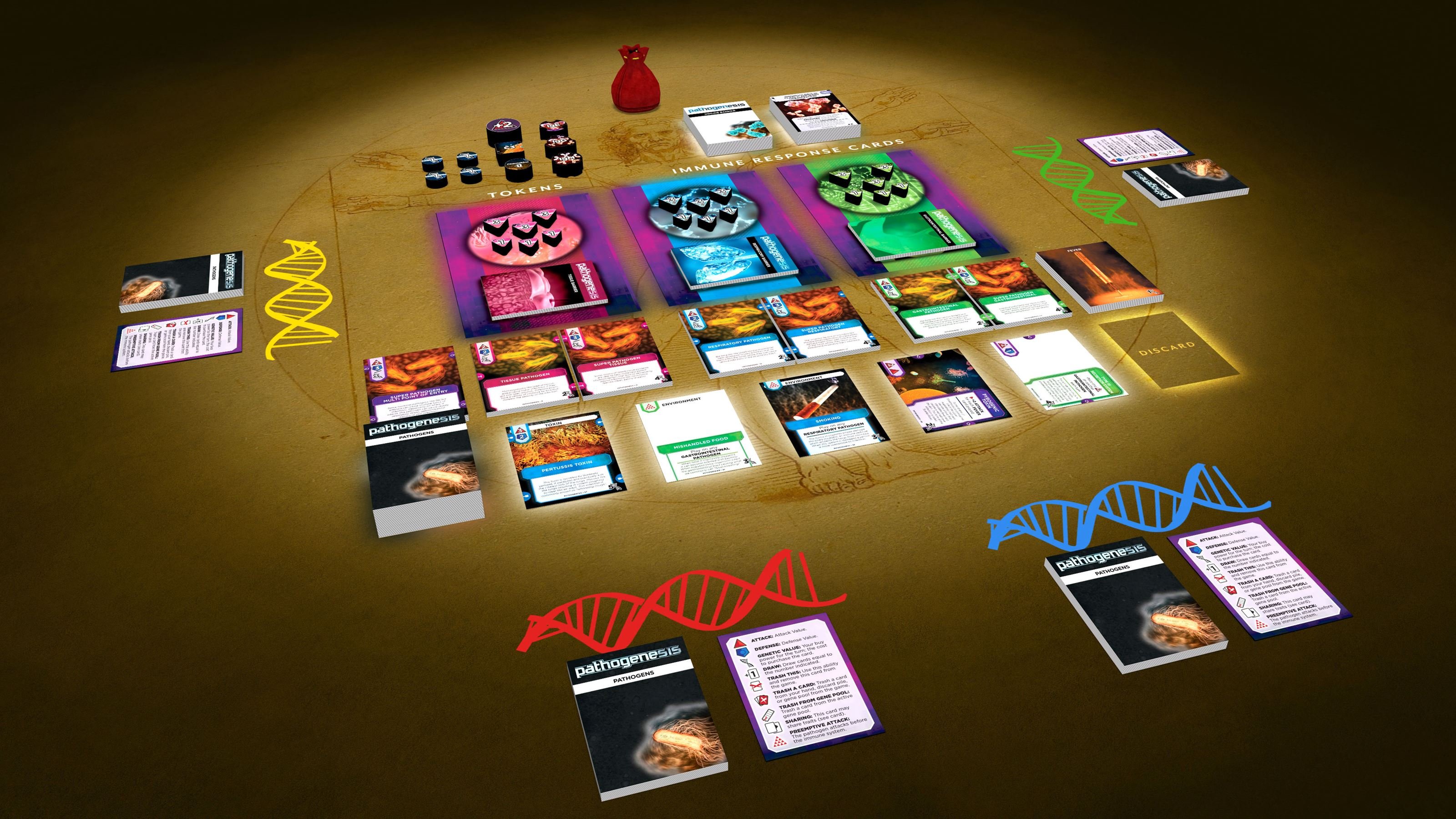 Good news for those of you who love science and unique themes in board games! Check out our newest arrival Pathogenesis, a deck building game where players are bacterial pathogens attacking the human body.

The game is now on Kickstarter, and is already funded after just 5 days. It's also available to play for free!

Pathogenesis is a deck building game in which players take on the role of bacterial pathogens attacking a human host. The game offers several modes of play including solo play, cooperative, competitive, and team play.

The pathogens must survive the body's powerful immune response, adapt in an ever changing environment, and evolve to take on virulence factors to increase their attack, defense, and other abilities. The game is based on 100% real science and the mechanics were created to mimic how real biology works.

"A mechanistically solid and highly versatile deckbuilder in its own right, Pathogenesis has great potential as a wonderful educational tool — taking the incredibly complex science of immunology and making it more digestible and understandable for anyone wanting to learn. Highly recommend giving it a go!" Danny C., a cell and molecular biologist and board game enthusiast