More Infectious Than You Expect

Explore the inner workings of a human's immune system attacked by bacterial pathogens in Pathogenesis, a deck building game by WIBAI Games. 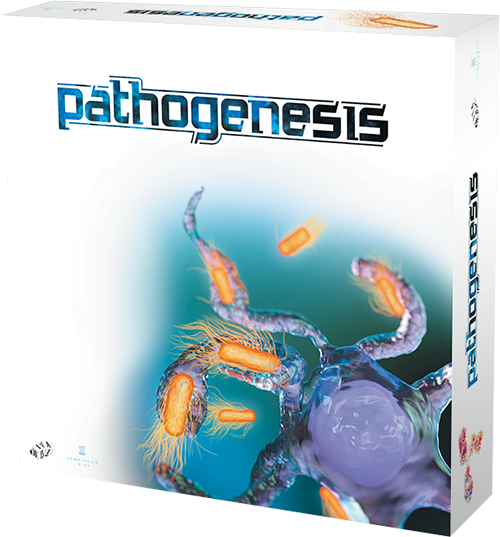 Pathogenesis is a deck building game in which players take on the role of bacterial pathogens attacking a human host. The game offers several modes of play including solo play, cooperative, competitive, and team play. The game is based on 100% real science and the mechanics were created to mimic how real biology works. Pathogenesis STD expansion adds the fourth tract to the body, introducing new pathogens, traits, and virulence factors. Further, a new mechanic has been introduced, Collateral Damage cards!

Try the base game and a new expansion on Tabletopia and support it on Kickstarter!