Recreate the transcendental war for the independence of Mexico, 1810-1827 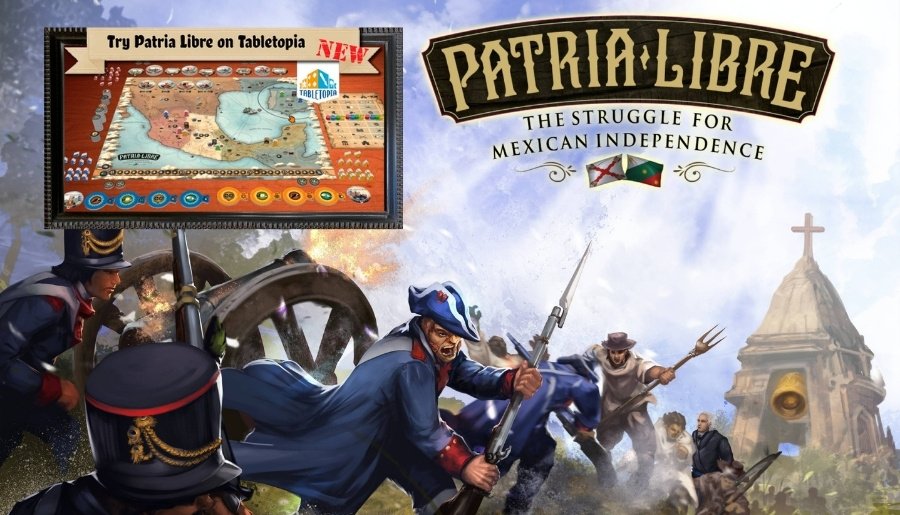 Patria Libre is a game that recreates the historic events that occurred in Mexico (New Spain) 1810–1821 between the Insurgents who sought to separate from Spain and the Royalists who tried to prevent it. It is played with two sides, insurgents and royalists. 1 to 4 players may participate. The side that obtains more victory points will be the winner at the end.

Use orders that will allow you to recruit, move, attack, and level up your units, collect taxes or gain victory points, build a stronghold, or buy event or character cards. Your objective is to gain more victory points than the other side. To achieve this you must control key regions and use cards akin to your faction. Climbing rising in popularity will help a lot.

Cards are essential. With them, you can buy characters that join your faction or event cards that will grant you interesting rewards. Popularity is very important in this game, if you have the support of the people, you will be able to strongly link your orders, however, without the people's approval, your cause will dwindle. Historically, characters changed factions, this is also true in the game. So a few characters may change their minds over time, according to their preferences, sadly joining the opposing side. Patria Libre is proudly made by the creators of the first Mexican board game on BGG, and this game will be the first to focus on the Independence of Mexico.