The second expansion for Pulp Invasion 🌌 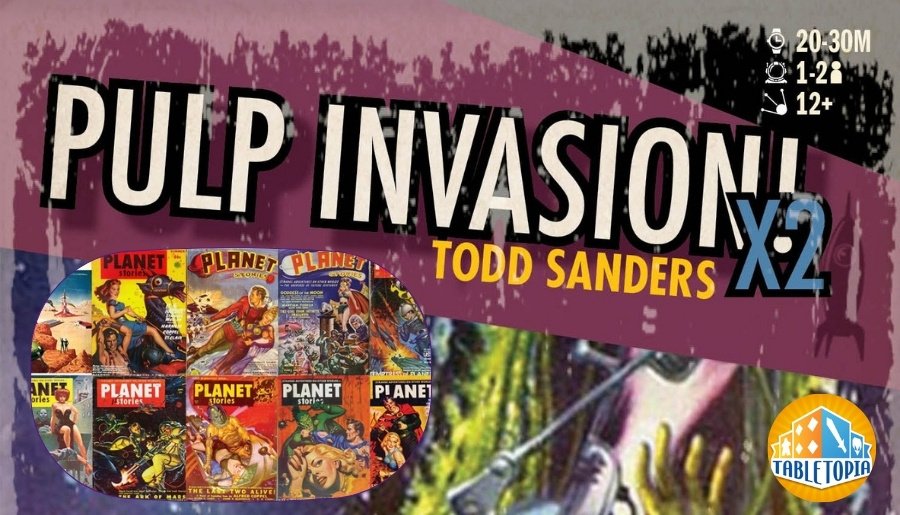 Pulp Invasion uses a bag builder mechanic to add and remove dice from a bag. Cards are played to explore various sectors of space and 5 custom dice are used for combat situations.

As with Pulp Detective, all the artwork is licensed from real 30's pulp comics!

Sending down landing teams aids in your search for the Super Weapons to prevent the Cosmic Hegemony from their nefarious plans. Beware though of 3 new Vassal aliens who have joined the Hegemony to rule the galaxy.

For this expansion there are 2 new Captain cards that use the new Landing Crew die, 3 new Alien Vassals that affect game play while in the various Hegemony sectors. 2 new Planets to explore and 2 additional Super Weapons with new actions.

Additionally, there are 8 new exploration cards, which change game replay-ability since you only deal a subset during the game. Most have beneficial actions and allow for greater player strategy.