Dwarves are vying for the best crystals in the mine 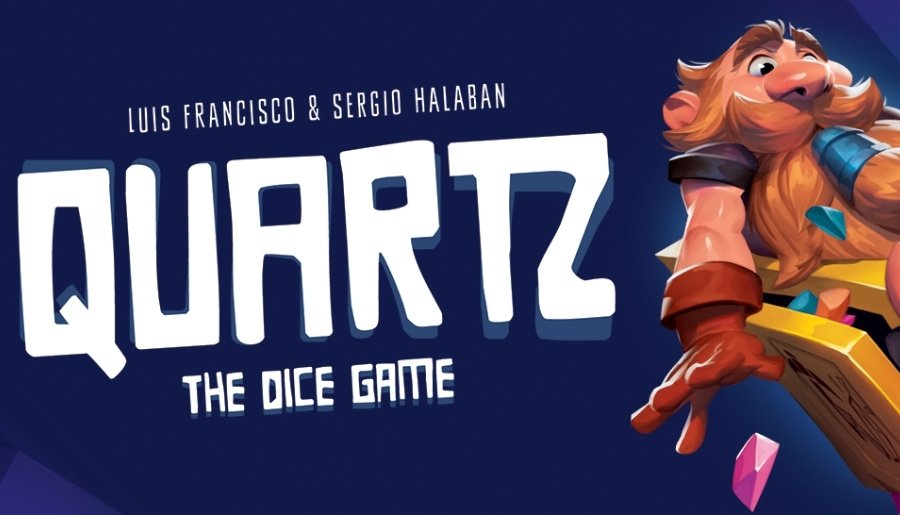 It seems that new mines keep being discovered... But these mines aren't that big and all the dwarves will have to run to get the most out of them in just one day! In this dice version of Quartz, the bet remains the same: Everyone must explore the mine and sell the mined crystals in the city at the end of the day. The dwarf who manages to collect the most money will have the mine all to themself. 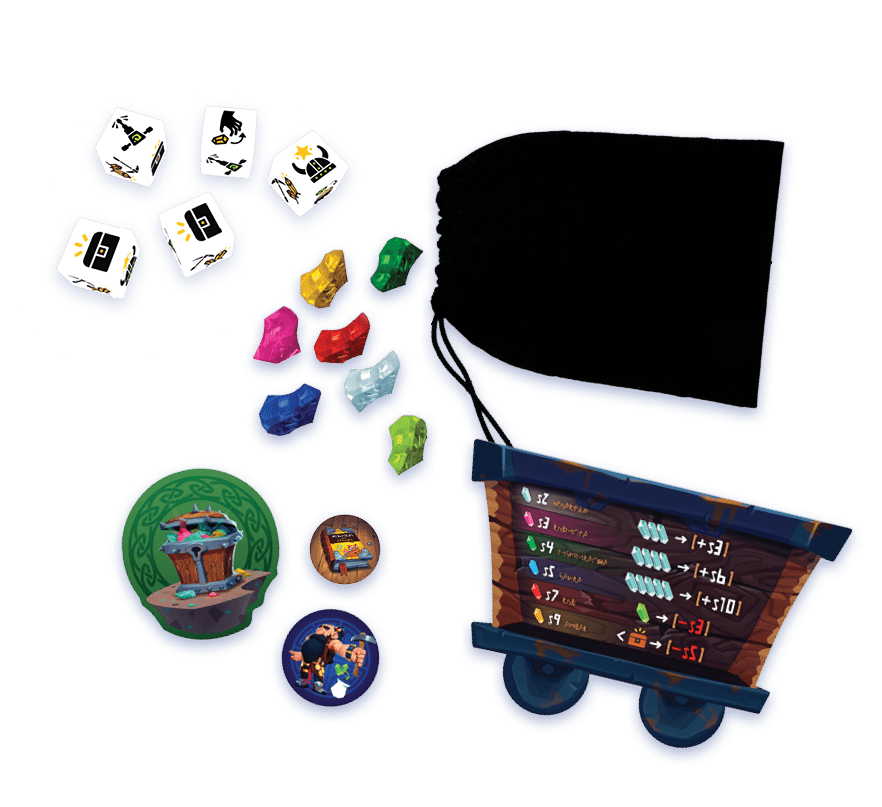 Quartz: The Dice Game is divided into six rounds. On their turn, each player must:

At the end of the game everyone receives points according to the value of the crystals they have, being entitled to bonus points for collections of equal crystals. Each unstable crystal will penalize its owner 3 points less and the player with the fewest crystals in the chest loses 5 points. 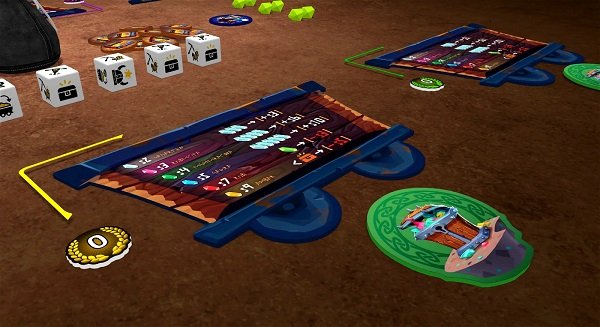