The Next Train Stop in Nippon!

A new game in Railways of the World series 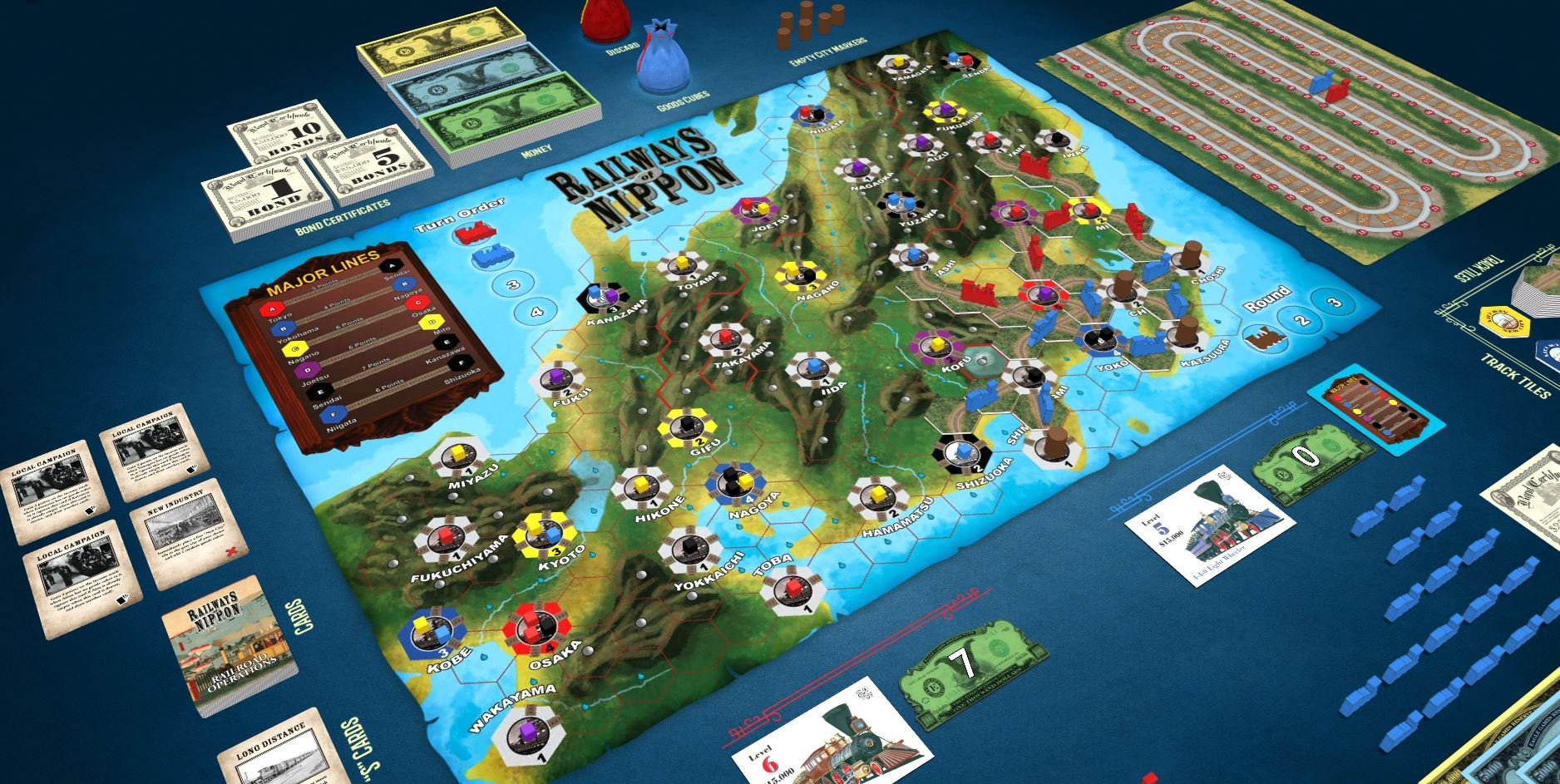 Railways of Nippon is a new 2-4-player entry in the Railways of the World (ROTW) series with new map of Japan designed by the superstar game designer Hisashi Hayashi. Play it now online for free on Tabletopia.

The game is now going full steam ahead on Kickstarter, hurry up and don't miss the train ;)

Railways of Nippon is a 2 to 4 player version of Railways of the World (ROTW), one of the most celebrated train games of all-time.

Players will be building and expanding their budding railroad network into a vast empire on the map of Japan.