Manage your dice to build profitable markets and grand monuments

Announcing Rajas of the Ganges 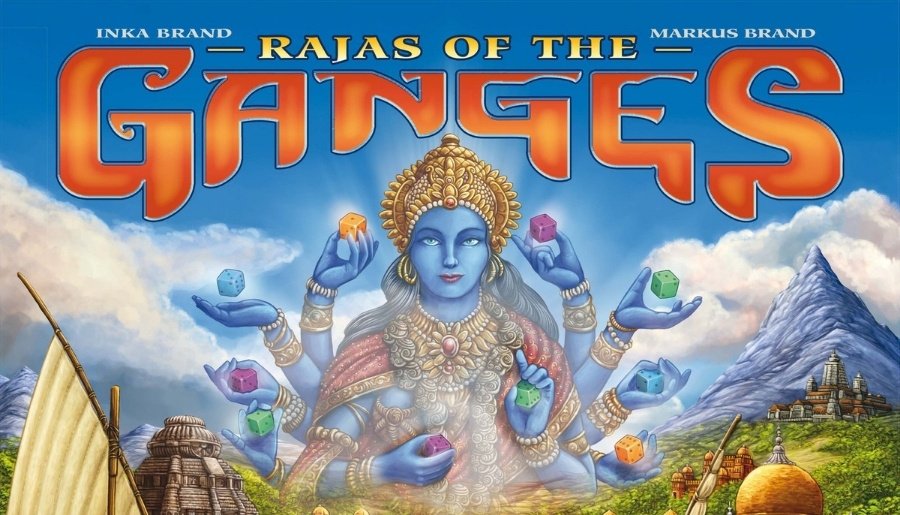 Through tactics and karma to wealth and fame...

In 16th century India, the powerful empire of the Great Moguls rises between the Indus and the Ganges rivers. Taking on the role of rajas and ranis – the country's influential nobles – players in Rajas of the Ganges race against each other in support of the empire by developing their estates into wealthy and magnificent provinces. Players must use their dice wisely and carefully plot where to place their workers, while never underestimating the benefits of good karma. Success will bring them great riches and fame in their quest to become legendary rulers. 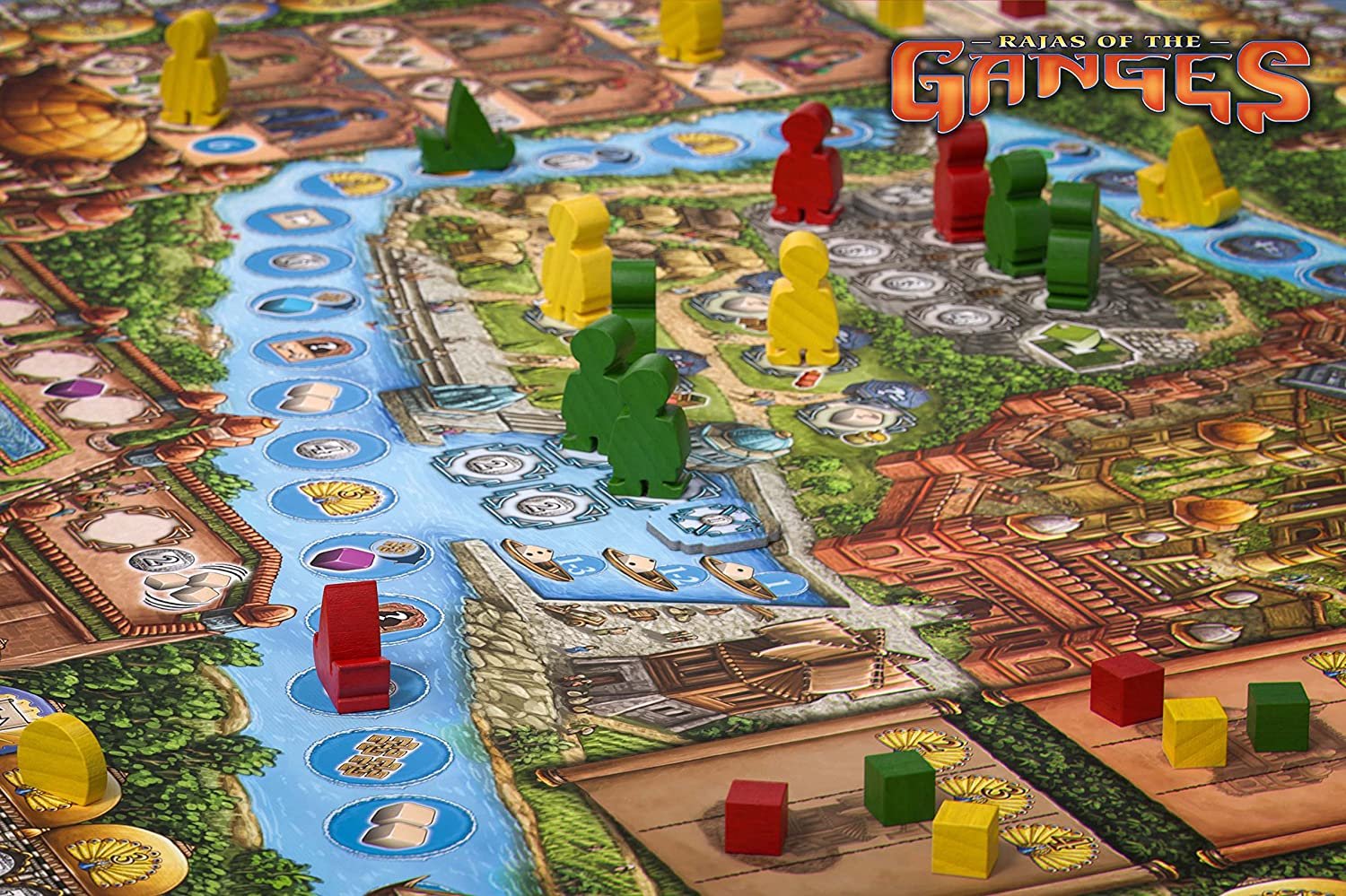 Your task is to develop your province with the help of your workers and the clever use of your accumulated dice. In the end, you must win the race with a combination of wealth and fame. The fame track and the money track run parallel to each other in opposite directions around the gameboard. The fame markers are moved clockwise, the money markers, counter-clockwise. 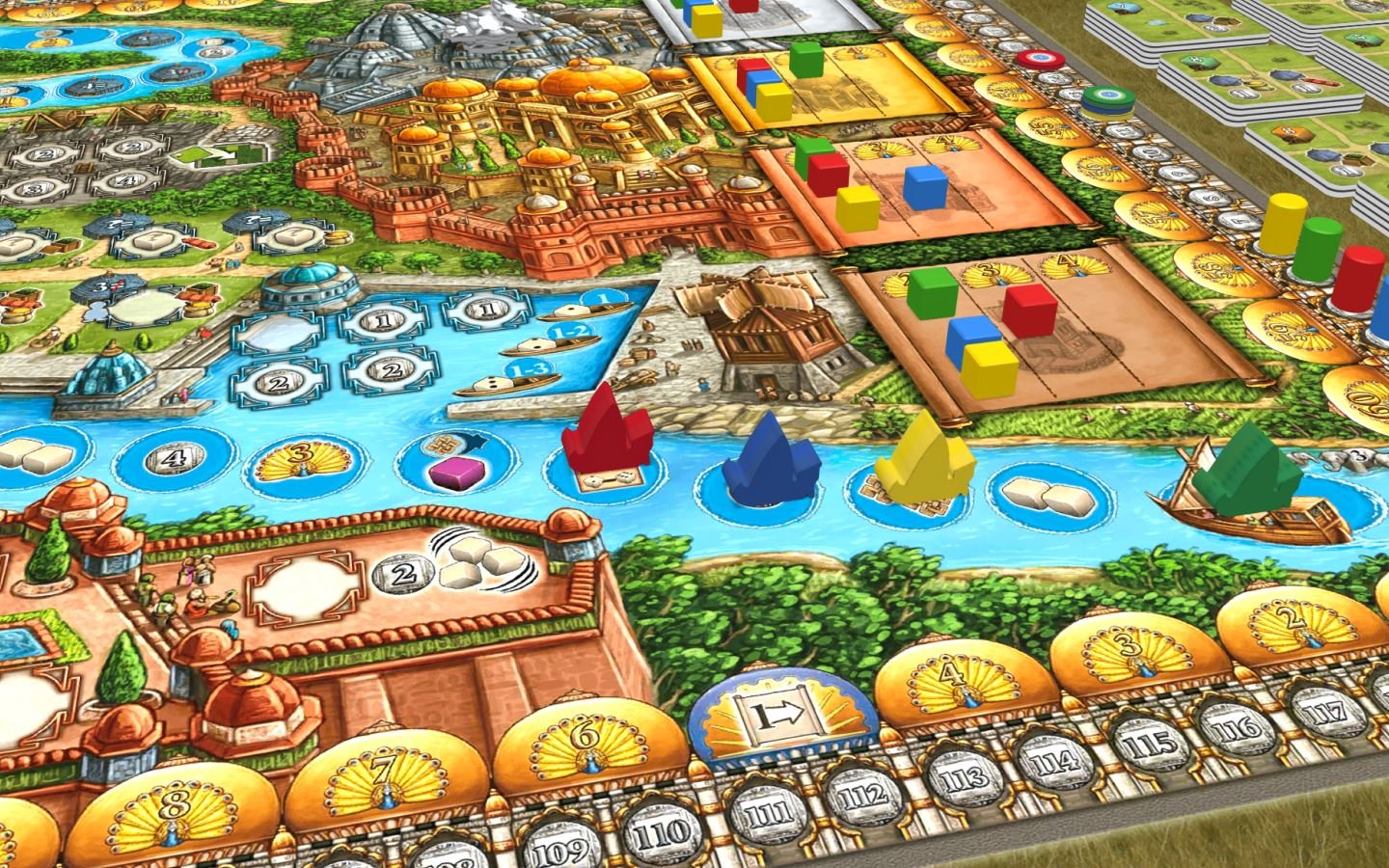