Announcing Rambo The Board Game 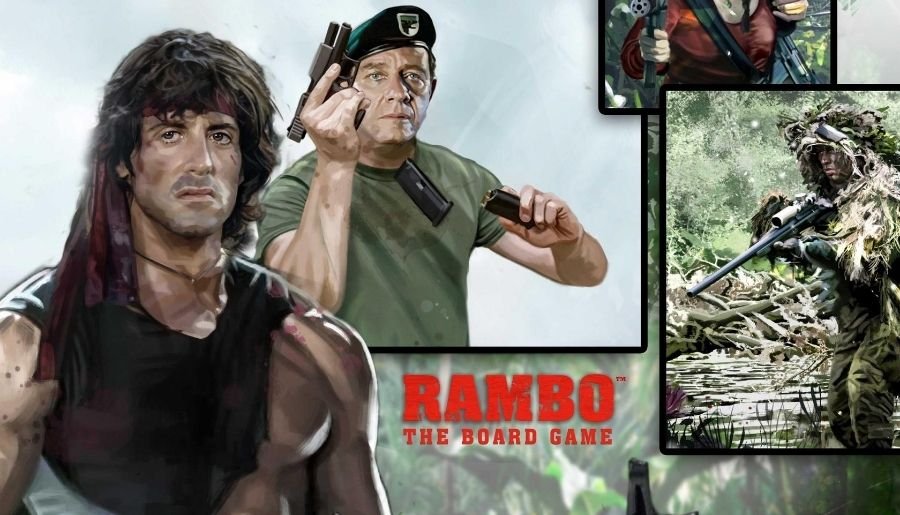 Rambo: The Board Game is a thematic, cooperative, tactical, miniatures, scenario-based campaign game that allows 1-4 players to experience the events they remember from the film as well as embark on new, never-before-seen missions based on the events from the films Rambo: First Blood Part 2 and Rambo 3.

The game provides a spiral-bound mission scenario book. Each mission tells a story and takes the players on a unique adventure to various locations to save POWs, raid jungle encampments, survive a treacherous jungle, battle on boats, and more! Missions unlock new gear and tactics cards to help players customize their experience and allow for high replayability and great tactical strategy. Taking actions and engaging in combat is done without random dice, but with a card-based tactical system in which the player is in control and where every choice can be life or death!