Hip Hop For Your Tabletop 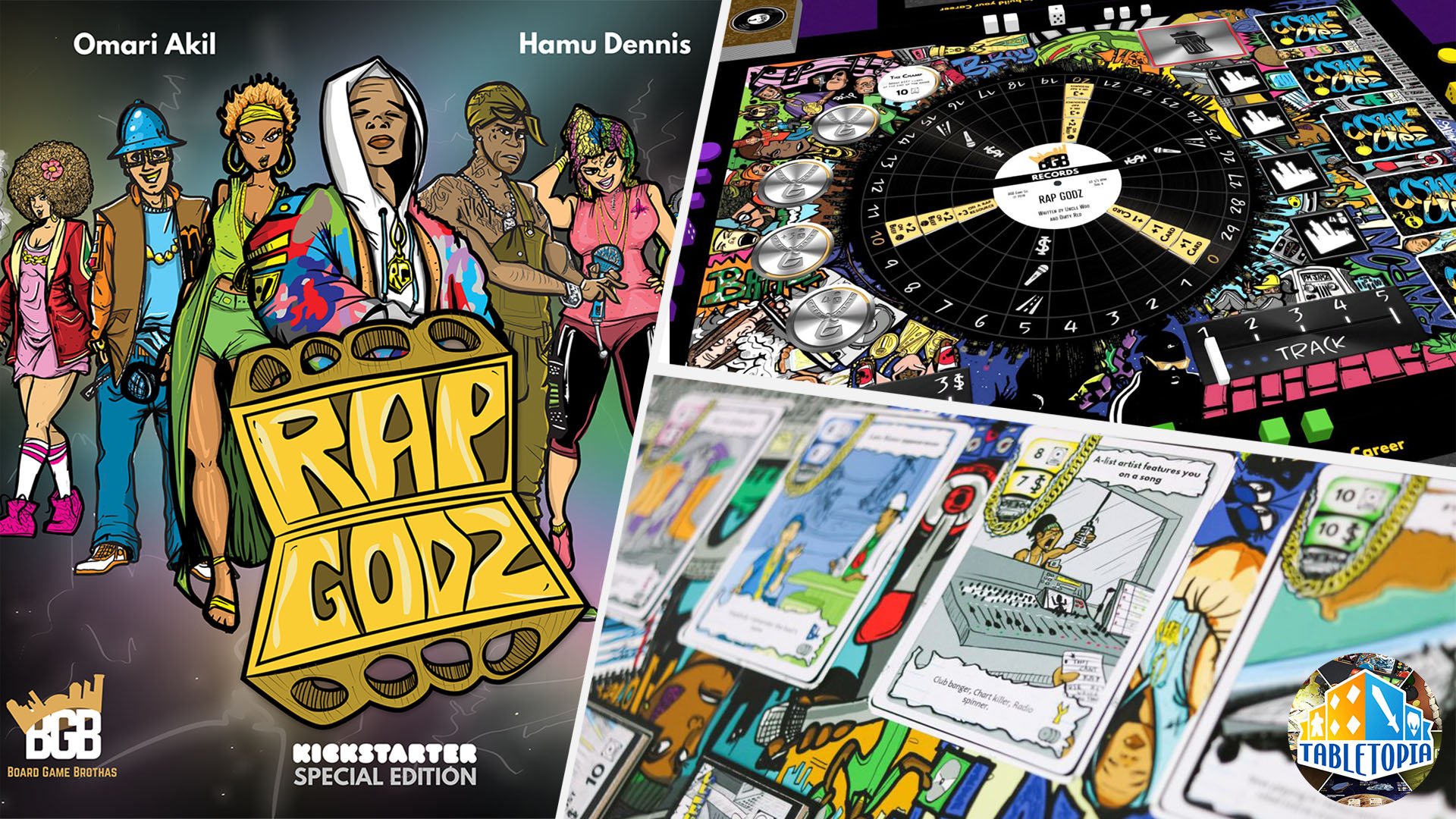 Rap Godz is a modern board game that puts you in the role of an up and coming hip-hop artist on your path to greatness.

The gameplay is a mix of strategy and storytelling as you play cards that represent events in your emcee's career and life. Along the way you will have to earn money, build up your street cred, and improve your rap skillz. Starting beef with players might put you on top but can also knock you out when you least expect it.

Prove you are the ultimate Rap God by taking over cities, hitting career goals, and earning the most record sales plaques by the end of your third album.

Recently, several prominent board game creators and developers (including Isaac Childres of Gloomhaven fame, and Variable Player Podcast host Danny) pledged to donate $10 to Black Lives Matter for every copy of Rap Godz sold. Between the various donors contributing, over $30k was raised! 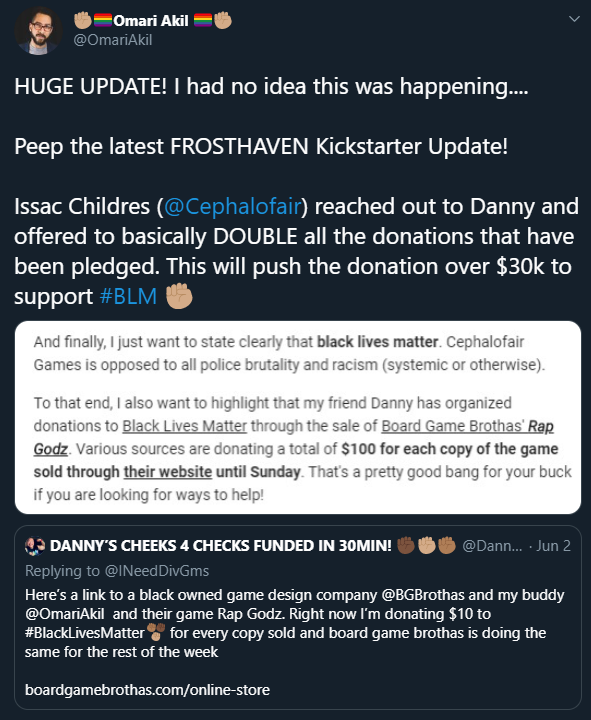 Today (the 06/07) is the last day of the pledge drive, and you can still pre-order a copy of the game here.

Give it a spin right now on Tabletopia!