A New Chapter for the Legend

Set sail for open seas and distant shores and return with gold and glory for your clan in Reavers of Midgard, new worker placement game by Grey Fox Games. 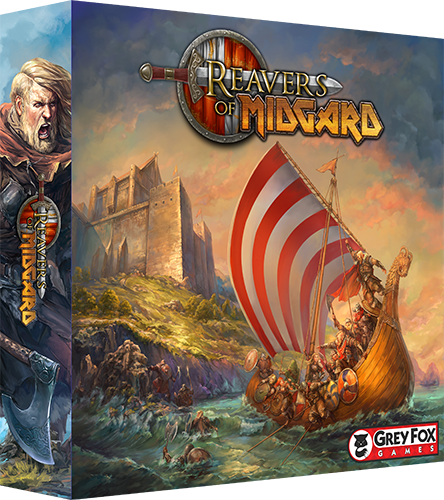 Reavers of Midgard is a single worker placement game with elements of set collection, dice combat and engine building set in the Champions of Midgard universe. You'll be looking to gain glory by raiding nearby villages for their riches, sacking well-fortified castles and battling both man and monster on the open seas. You'll not only need to take your rowdy crew of vikings and the food needed to keep them happy along for the ride but you'll also have to recruit a crew of elite warriors - the Reavers.

Support the game's Kickstarter campaign, there are only a couple of days left!